DanHolohan Member, Moderator, Administrator Posts: 15,147
November 2020 edited November 2020 in THE MAIN WALL
I recently reread The Shining, which is far scarier than the film. The boiler in the Overlook Hotel plays a big role in the story in that (spoiler alert!), it blows up the building at the end of the tale. It's a steam boiler heating radiators and operating at 300 psi. And that makes me nuts. Are there no technical editors to help Mr. King?

Another novel, this one by Lee Child, had Jack Reacher syphoning gasoline out of a tank that was several hundred feet below his vacuum pump. Grrrr.

Got any other examples of HVAC stumbling that you've spotted in books, TV, or films? Love to hear them.
Retired and loving it. 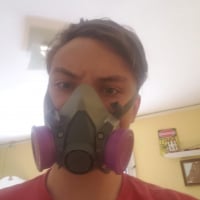