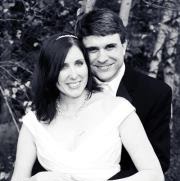 Just bought a house with an older (25 yr) Buderus boiler which clocks in still at 86.5% efficient. It has an internal-to-boiler tankless coil water heater which just doesn't provide enough heat to fill the Jacuzzi tub. I don't know how the previous owners lived with this kind of hot water! (BTW had the boiler checked last week and it's in good working condition - service guy even upped the high temp to see if he could get us more hot water at a go, but it was not enough).

I have read quite a bit, and I am still faced with a tough choice and I hoped some folks here could weigh in. I'm probably making some flawed assumptions but I can't seem to get a straight answer from my plumber who is somewhat old-school and only sees storage water tanks as "real" water heaters. He's offering to (begrudgingly) put in a 80 gal B&W hybrid for $ OR a new storage tank of the same capacity for $ less.

I like the emerging Hybrid water heaters, but I don't see many fantastic reviews online of these units except from pro-tech fanboys that are just wanting to write for the internet. They seem to break a lot and the electronics, although cool, seem like they could be a maintenance pain point, esp since most of the major manufacturers of these seem to have really poor customer service and they get wildly tricky and unhelpful with warantees. Most plumbers seem to dislike them. I like them because they are quite efficient, and reduce the dependence on the fossil fuels, esp because this boiler only has 5-10yr left on it -- I don't want to be forced into replacing the boiler with another oil burner because I bought $ worth of indirect water heater! The Rheem model integrates with my Nest and is SmartHome capable which is kinda cool in a useless kind of way.

Then there's the little known twist that the box stores are selling these hybrid models that are subtly inferior to the professional grade - but to get the professional grade I have to go through a contractor that installs professional models for a particular company, so it's almost like I have to figure out what model I want and THEN find a contractor. I read that the box stores' inventory doesn't go through much QA like the pro models, plus they have plastic fittings where the pro use brass, and getting those box store heaters serviced when they have an issue sounds like a real nightmare.

Indirect water heat is of course the other obvious choice. I already have the boiler and it's reasonably efficient. However most of the articles often note "ultra-efficient" oil furnaces as being ideal with this type of hot water system. They don't mention if they are acceptable with less-than-ultra efficient. But I like them because they are simple, last a long time and are touted as being really efficient for those that have a boiler. My oil co can put in a new HTC for about $. I know I need to get some more quotes.

Other hot-water related facts involved here: SO which direction would you experienced heater folk recommend in this situation -- indirect or hybrid? Have a favorite brand you have seen works well? Did I miss any key factors? I am really curious if ANY water heater company has good customer service - all I see is complaints. However it may be that those that are happy just don't have time to write into sites to add a five star review.