Move on or not?

noran01 Member Posts: 8
September 2019 in Strictly Steam
I have an older colonial style house in downstate NY and have an original (to me) single pipe steam heating system. The current boiler is an older Peerless and grossly over-spec'd... 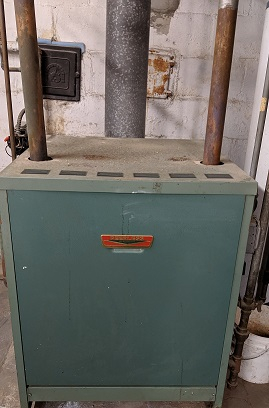 I currently have an unfinished basement so the horrendous layout of the single pipe system hasn't been an issue (about 2 ft off the foundation all and about the same down from an already low ceiling), but that is changing as I am looking to finish the basement. To top it off, the gas water heater is also past its prime (~13 years old). I have been thinking of ripping the entire system out and doing retro radiant on the first floor (since the basement ceiling is open) and then running baseboards on the second. Obviously this is a bit of work and the wife isn't exactly on-board

Is it worth getting a new, more efficient boiler, and tightening up the piping layout in the basement? The system has been working just fine (aside from the sometimes high natural gas bills) and I had the radiators blasted and powder coated prior to moving in so not only are they functional, but aesthetically pleasing to look at too.