Total newbie here. Earlier this year, we purchased a 1910 American Foursquare home with two pipe steam heating. I’ve only owned homes before with forced air and baseboard heating. Needless to say, it’s been a learning curve. I’ve been reading many posts on this site about people dealing with water hammer, trying to understand what could be causing my issue. Here’s a breakdown of what I am experiencing:

- Loud water hammer/clanking sounds mid firing cycle. It doesn’t seem to hammer at the start of the boiler firing, and it seems to be worse when the pipes have been cold for some time
- Water hammer sounds seems to be concentrated at two back-to-back Baseray baseboard radiators (separate rooms, sharing the same wall). Both are level. When the hammer is bad, I can feel the radiators almost jump. One of the radiators heats immediately, while the other often takes much longer to heat, and often never heats up at all on a shorter fire.
- Water hammer not present in other parts of the system and radiators/pipes throughout the house
- Water in glass gauge is rust color, and during the firing cycle, jumps a bit and lowers to just an inch of water, before rising again after the boiler shuts off
- Whistling on a few of the radiator air vents, some of which have which have recently been replaced. One is even spewing a little water.
- All radiator valves are open, as far as I can tell

Additionally, I have a local friend who is also an experienced (and well-rated) plumber. He’s been consulting with me on the system, and has recently suggested that the near-boiler piping is wrong. I’ve attached some pictures for reference. He’s thinking that:

- Copper instead of steel was used above the water line (a big no)
- Piping is too small and has been downsized from proper size out of the boiler
- Basically, the steam is trying to rise against unlike pressure, causing the hammer

Finally, the hammer noise seems to be concentrated on the other side of the house, away from the boiler, and not from/around the near-boiler piping. Any thoughts based on my pictures? Any other wisdom would be greatly appreciated. Thanks for reading! 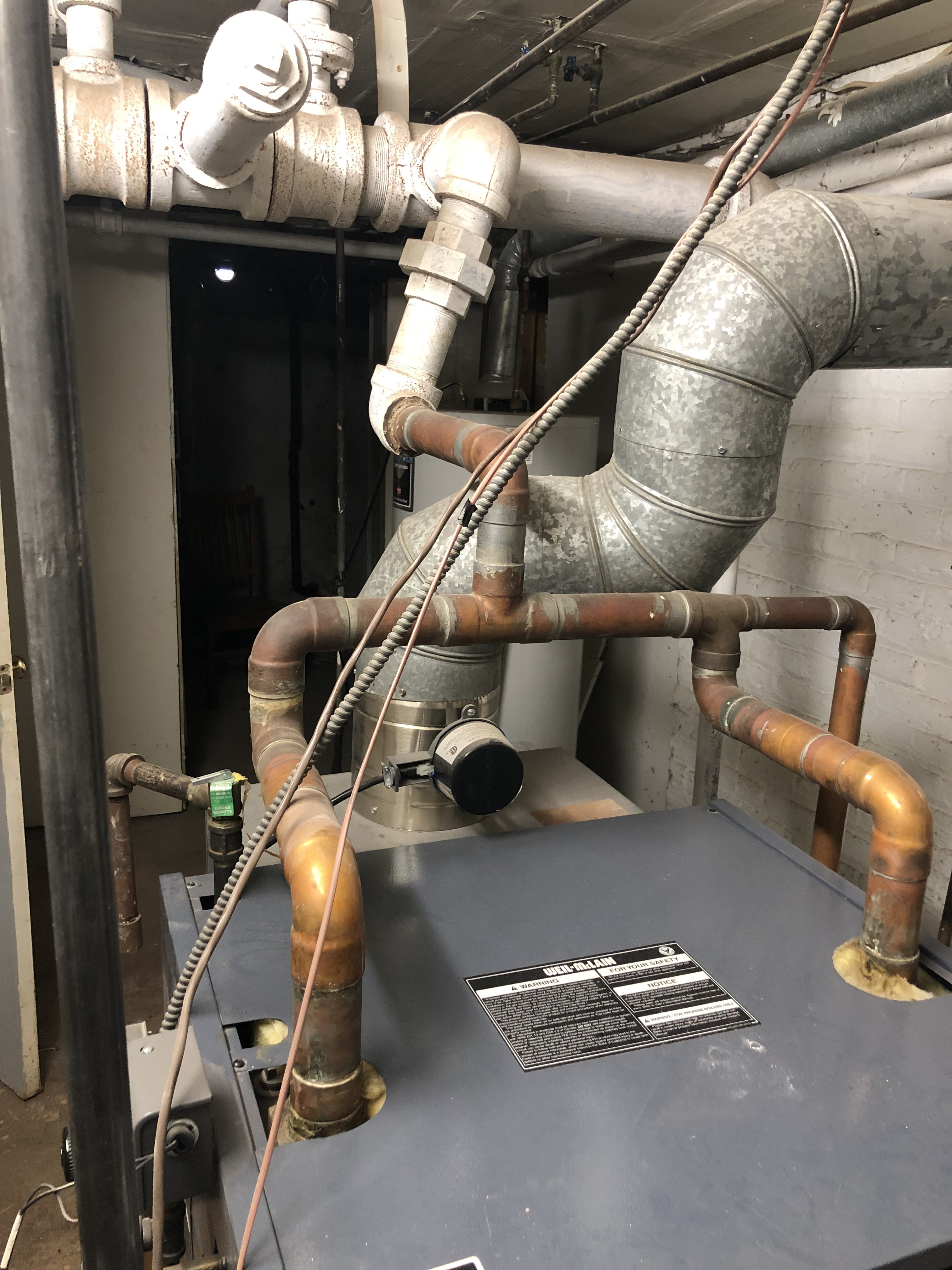 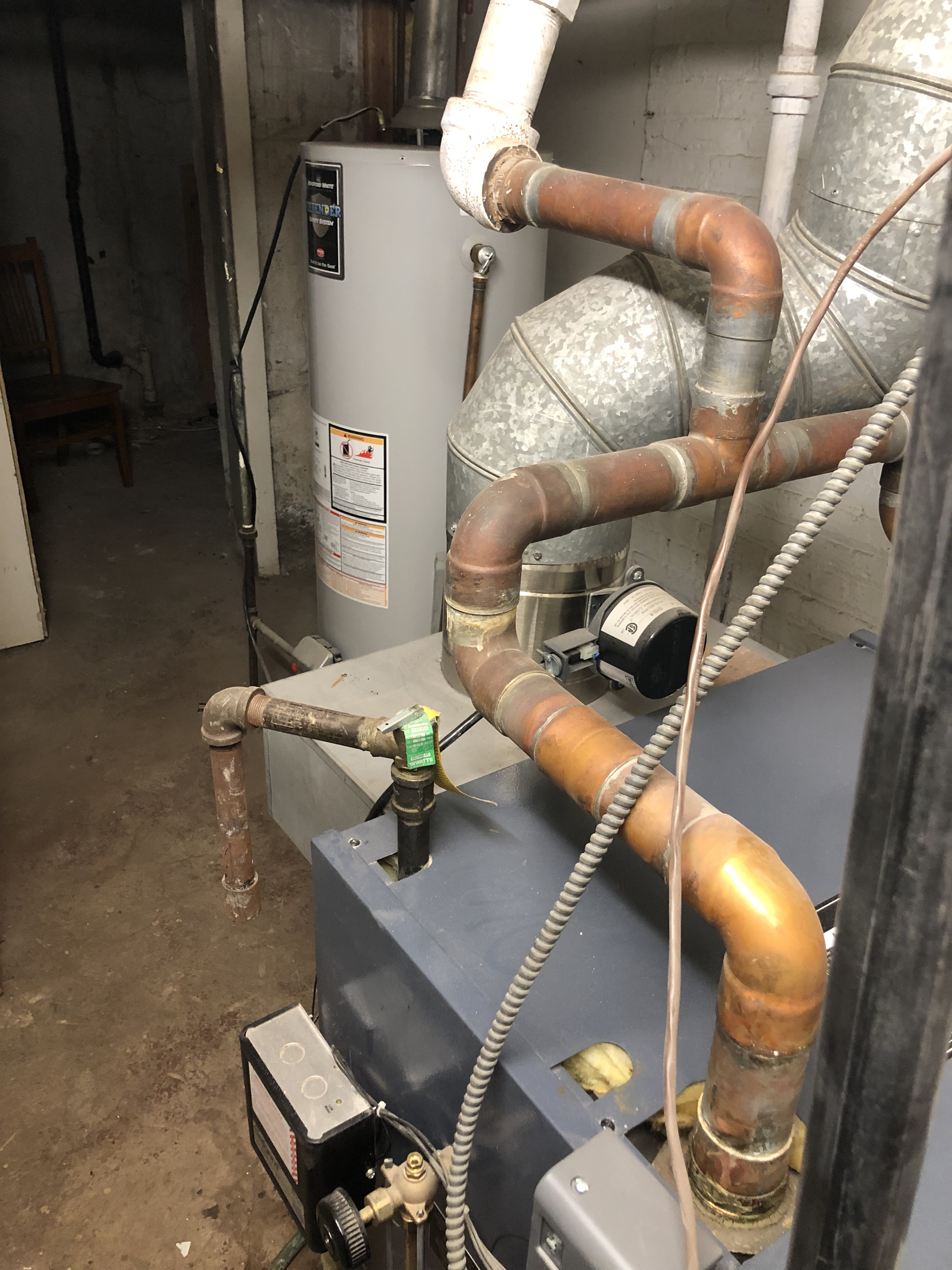 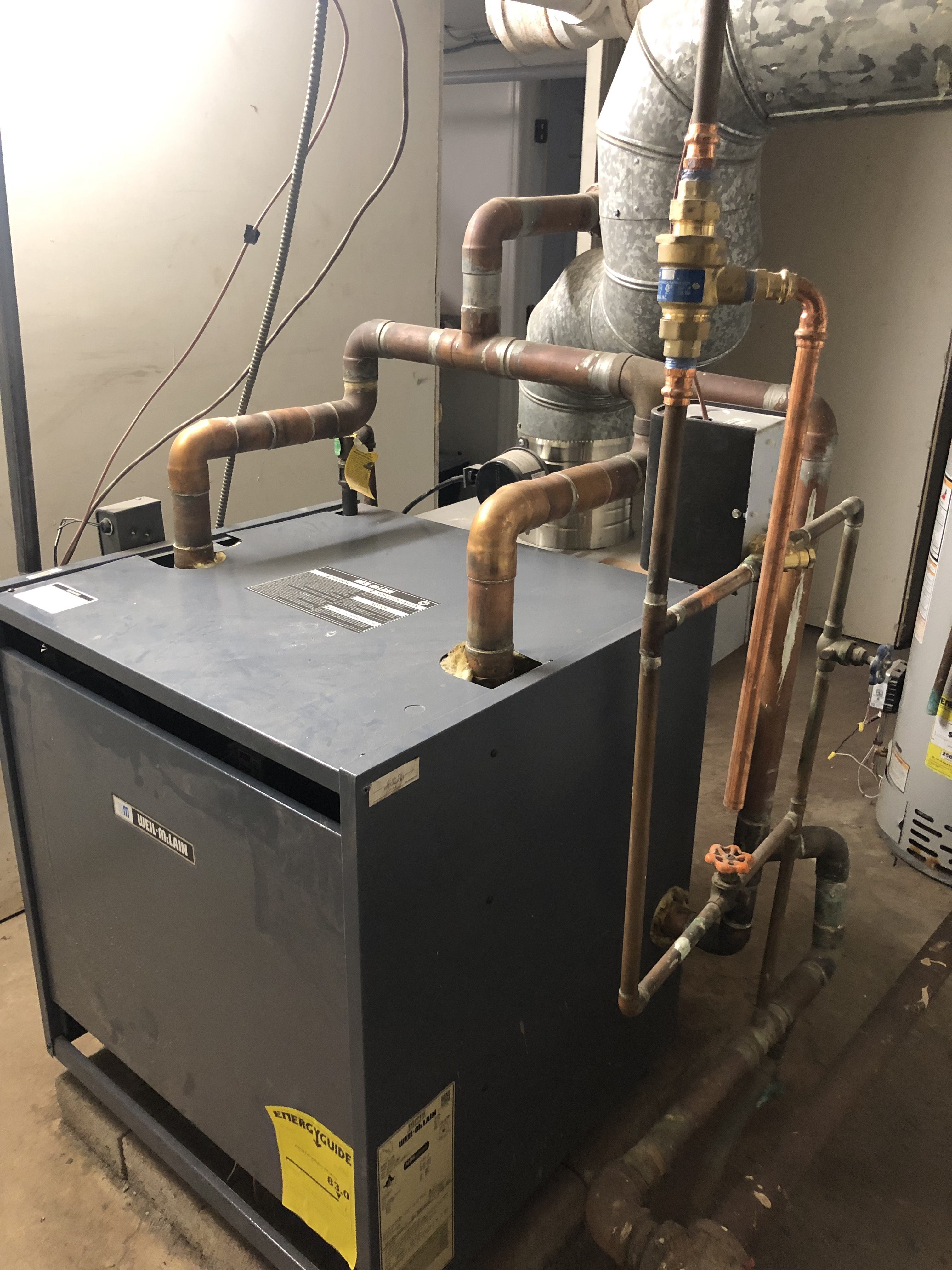 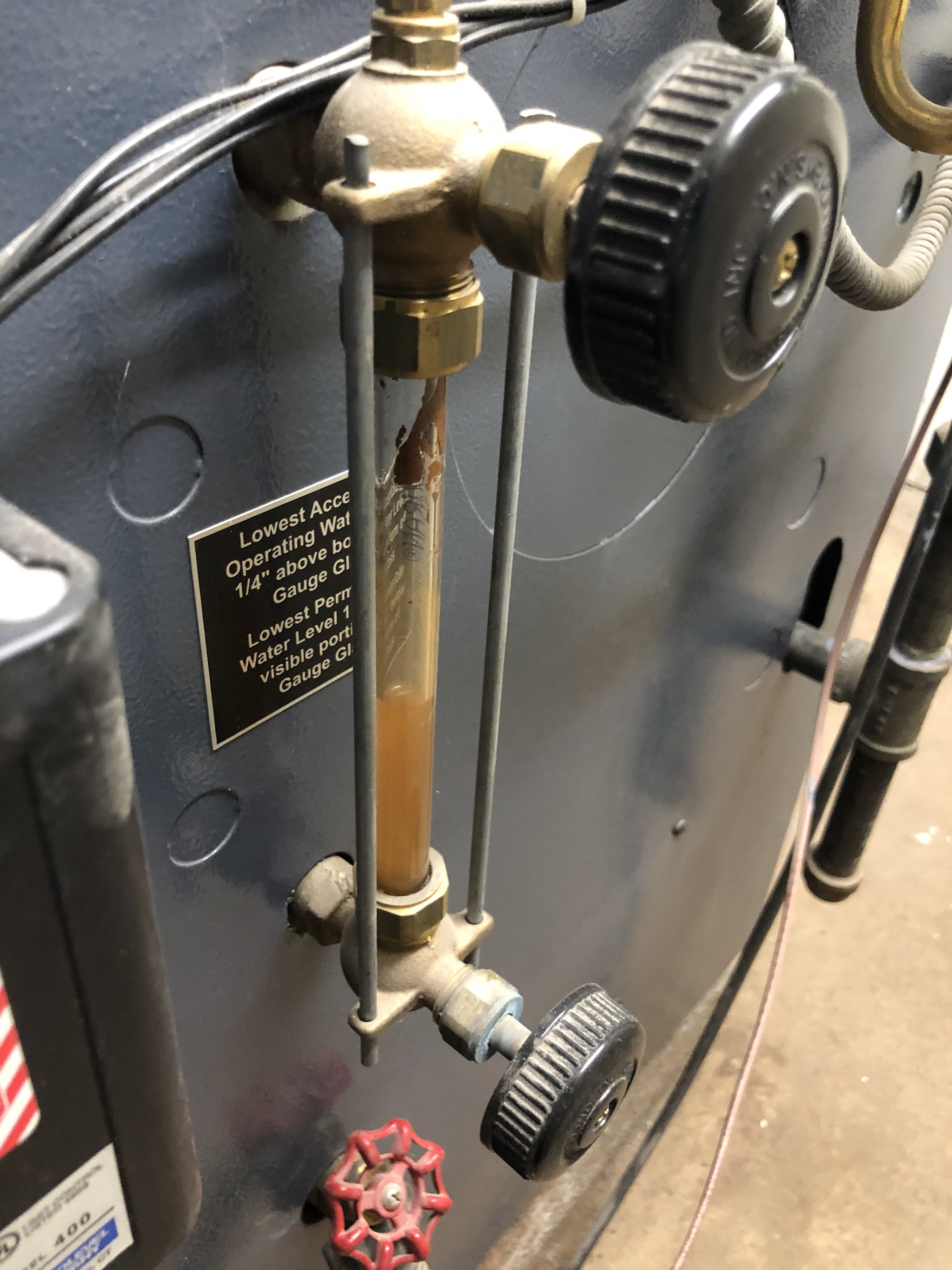