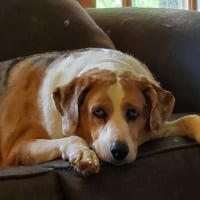 Shalldierks Member Posts: 26
April 16 edited April 16 in Oil Heating
Background information:
We have been living in our home for almost 12 years. We are in a remodeled 1890's brick Victorian farm house surrounded by farm fields. It is a four level home including an underground basement.
We have a New Yorker oil burner with 2 full size oil tanks in the basement. There are no windows down there but we have the original wooden bilko doors with an interior wooden door and screen door. It has cement stairs and we feel air under the door constantly. This has been the same set up for 11 years.
The boiler was installed 5 years before we bought the house. Please see attached pictures for burner and lay out.
It is a 2 zone system, forced hot water.
It has been cleaned yearly (except last year and the year before due to the planeddemic and such) and the chimney checked at each cleaning.
The only thing that has changed in the past 2 years is the spill over tank was replaced. Prior to that, a few years ago, we had the fill pipe to the tanks replaced with a larger size to accommodate the high pressure oil fills.
The chimney is about 40 feet high and has a cap that was installed last year.

The dirt and such behind the boiler and on the floor is from the chimney clean. It was not there when this started.

The Problem
The burner and everything has been fine. About a week ago we started smelling fumes that I would describe as exhaust fumes. First it was smelled in just the basement but has gotten worse to the point that we get them on the second floor now. It only happens when the boiler is running. How far into the house depends on how long it is running for. Once it shuts off, the fumes eventually go away.

2. On April 14 2022 We had our servicer come out. He inspected the entire system and traced our above steps looking for oil or whatever.He checked the flame, the richness if the feed, filter and ran a test where he put a probe in the exhaust pipe and said it was fine. He said he checked CO levels with the furnace running for a while. The CO test, he said, was 6 parts per million or billion. (I apologize I wasn't there i am going off of someone elses memory) and was fine.

3. On April 15th, We had another tech come out to clean the furnace. That tech replaced the novel, cleaned it and performed a check on the system. He stated the chimney was blocked and red tagged it saying we should not use it until we have the chimney swept.

4. Still April 15th, I had a chimney sweep cone out. He pulled 3 or 4 bird nests out of the chimney. He put the brush in again just to check and make sure. He was able to hit the cap in the chimney with no further debris.

After an unpleasant (for them) call to the service company they are sending a "more experienced tech" out today 4/16.
They originally wanted us to wait until Monday and said do not use the boiler but it is our only heat source. We are still going down below freezing here. So they are coming tomorrow.

Please note. In the pictures you can see some damage to the exhaust pipe. That wasn't there when this started. That happened with all the removing and reinstalling of the pipe.

I am not sure what questions to ask or anything. I am worried about my husband, our pets and myself. I am partially disabled so that is making this even more difficult.

Does anyone have any suggestions, thoughts, etc? I am desperate to get my home back.

I apologize for the length of this but I wanted to give as much info as I was able. The outside pictures are a little older. It is almost 3am so I couldn't get new ones. The furnace chimney is the white one.

Thank you for your time!
Sheila 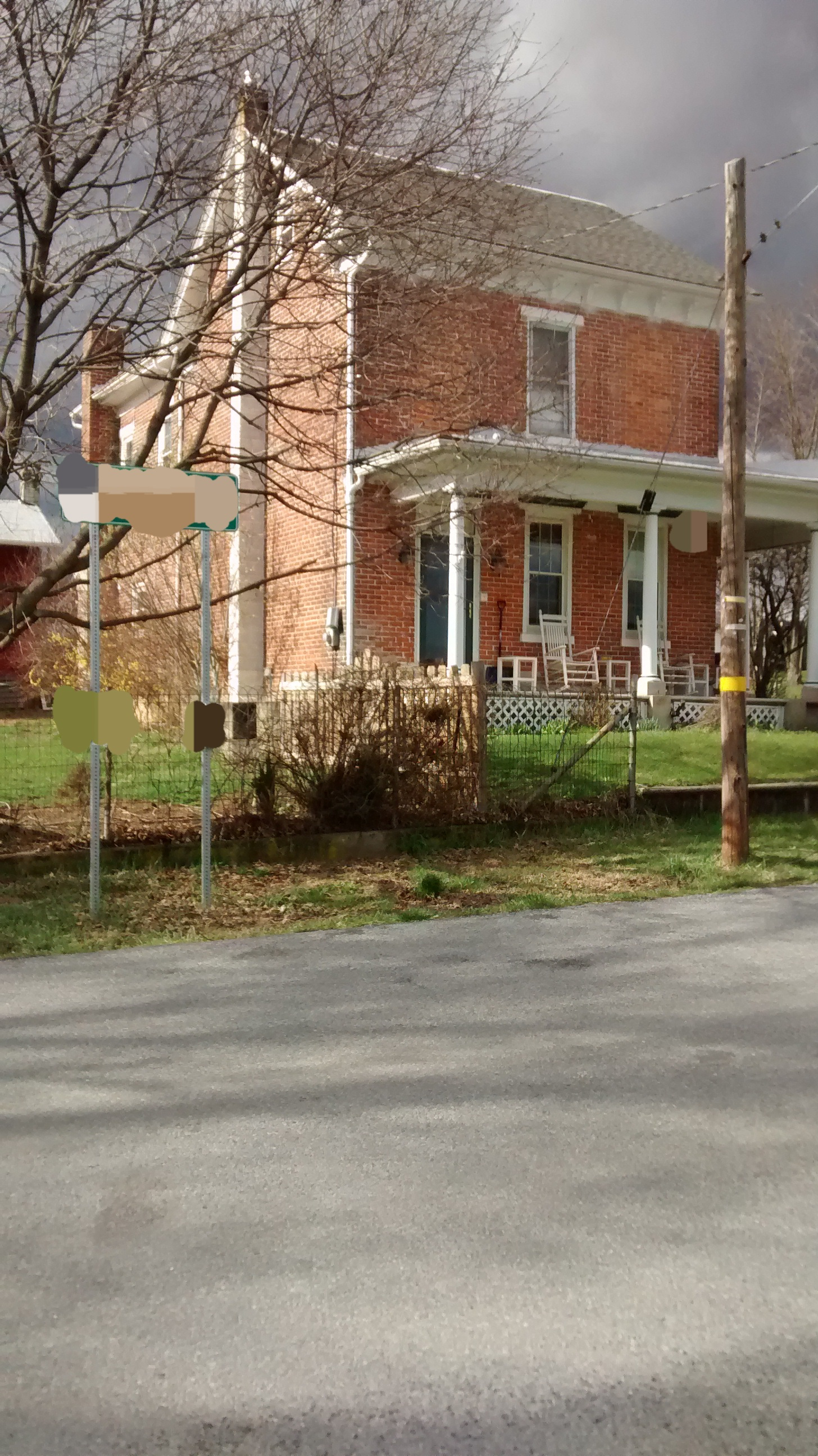 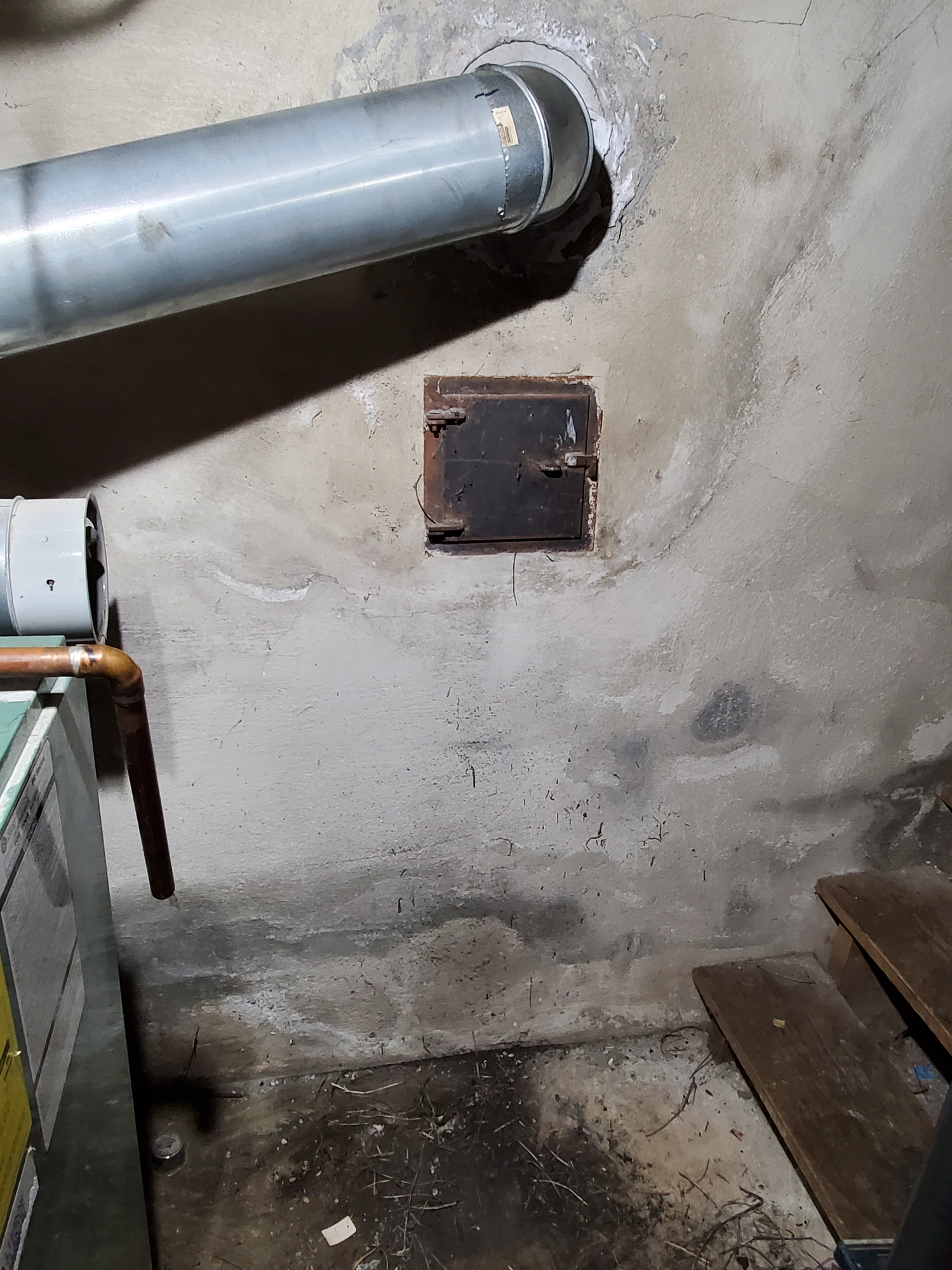 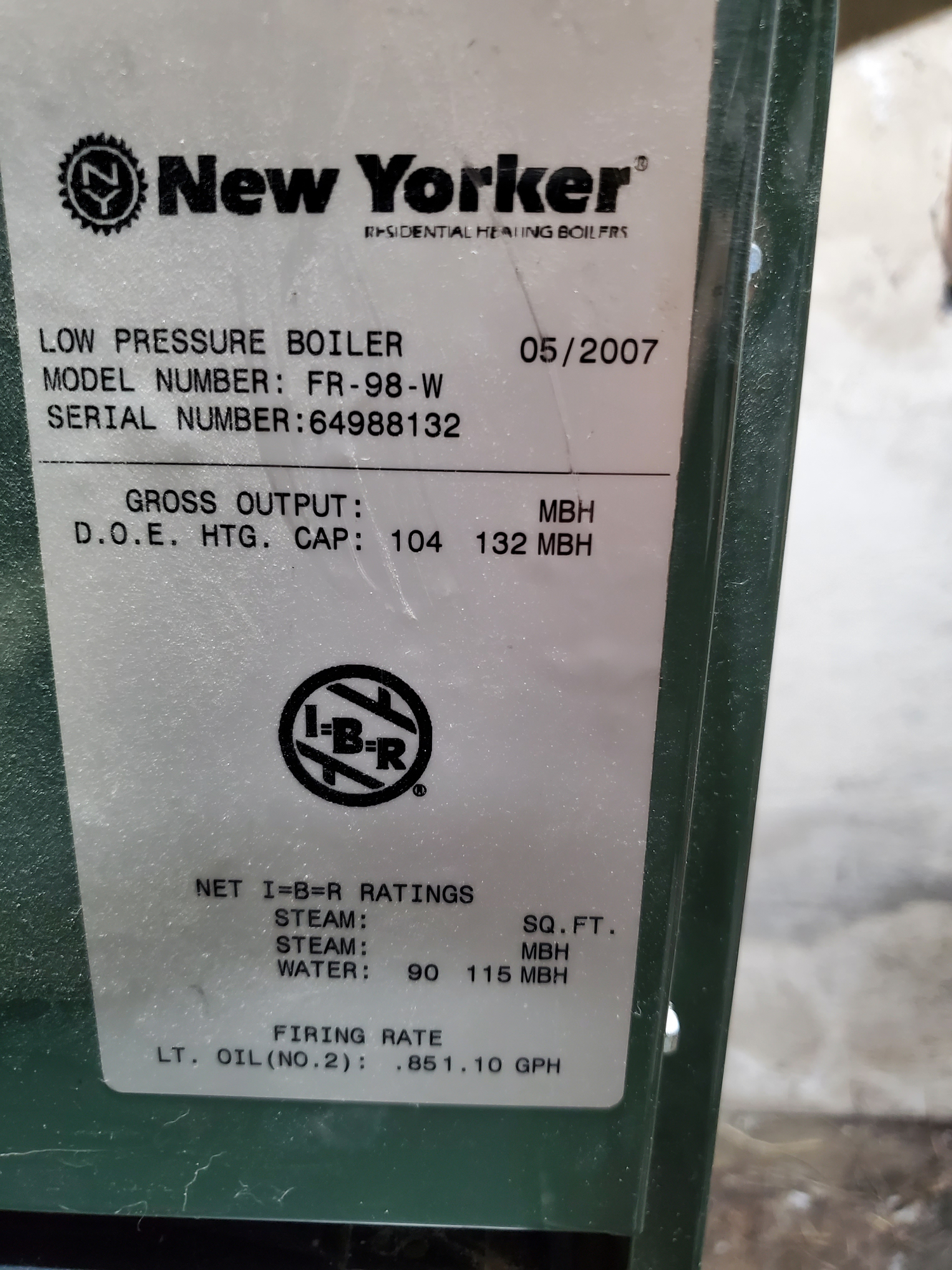 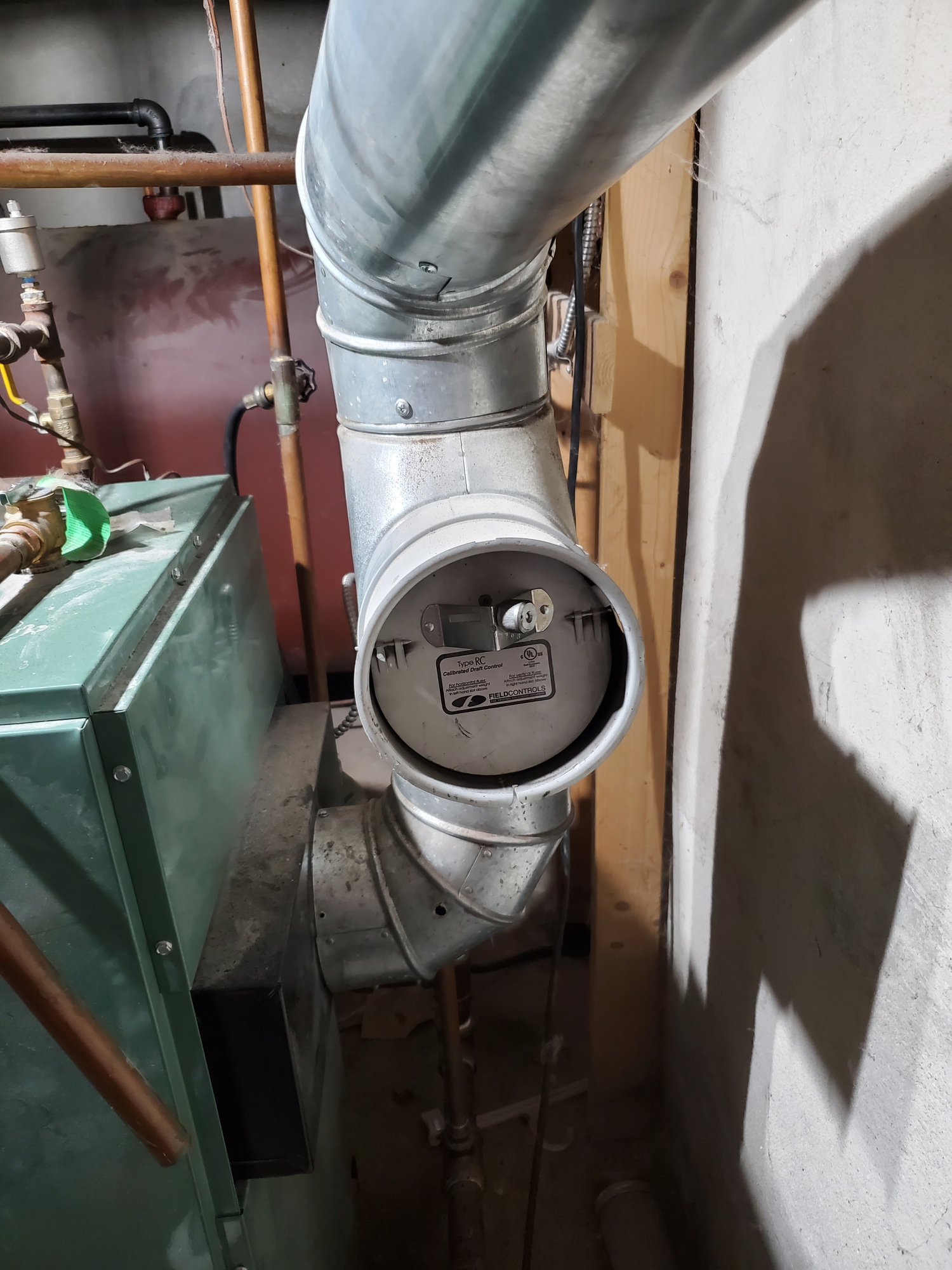 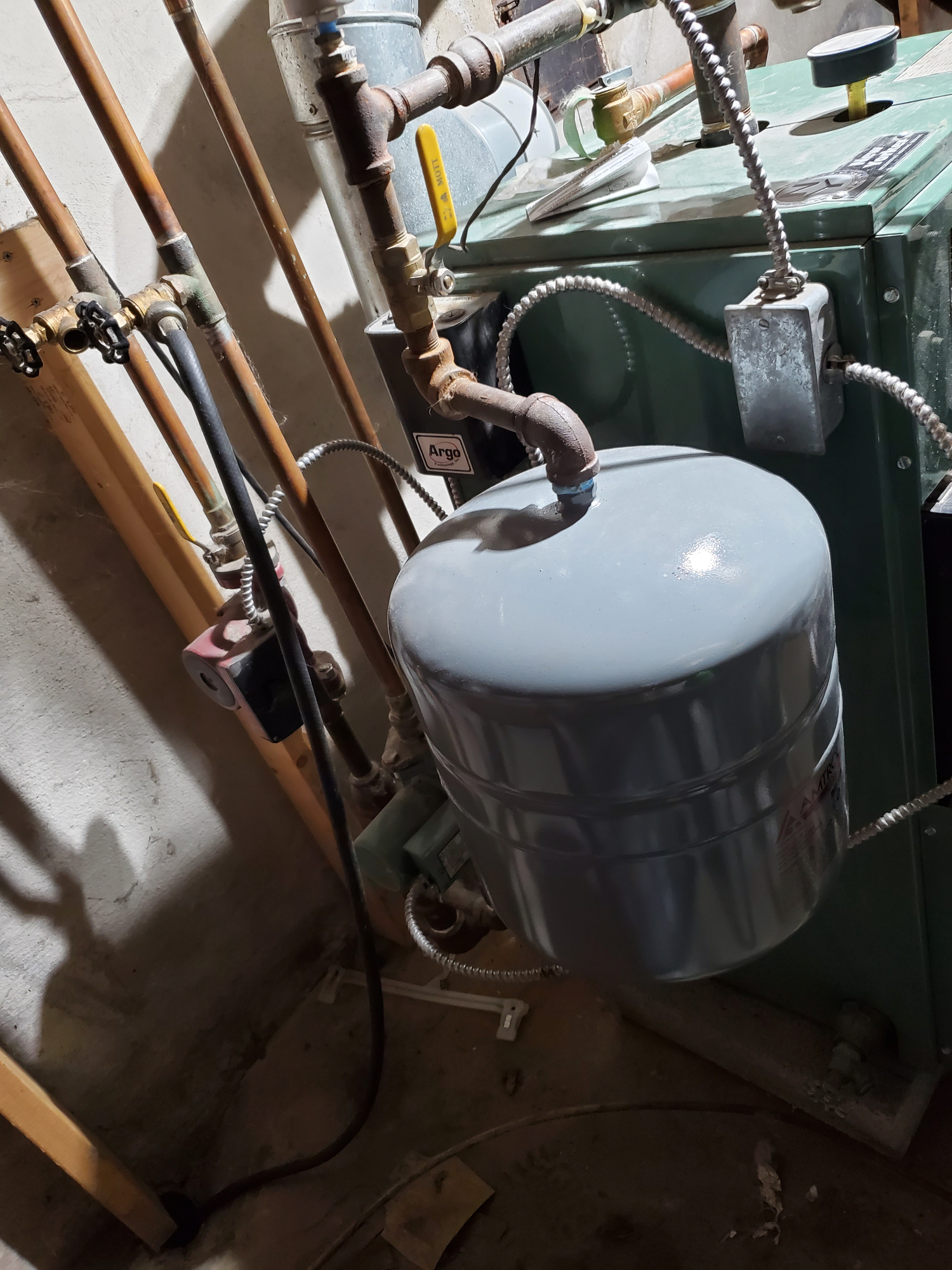 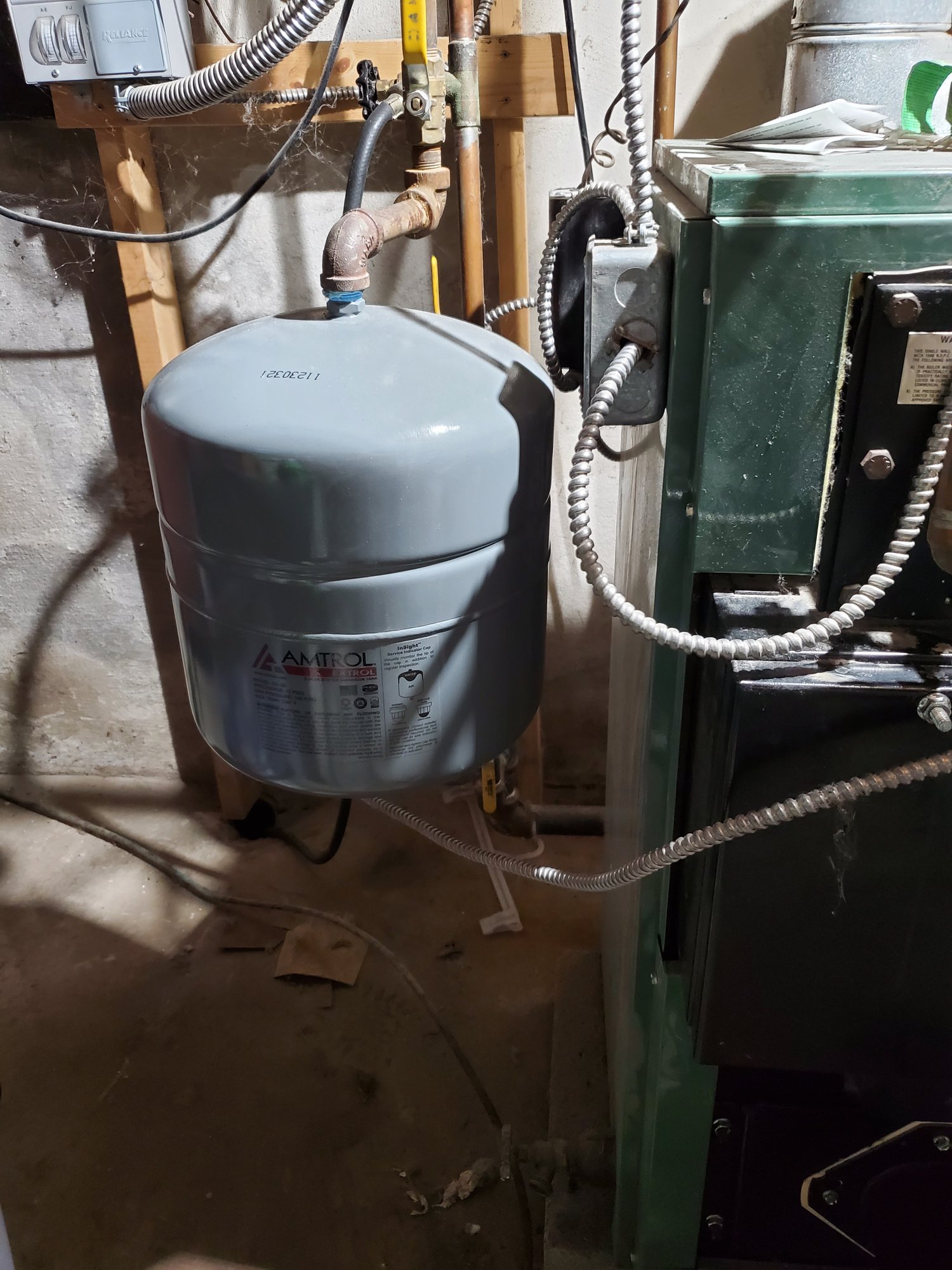 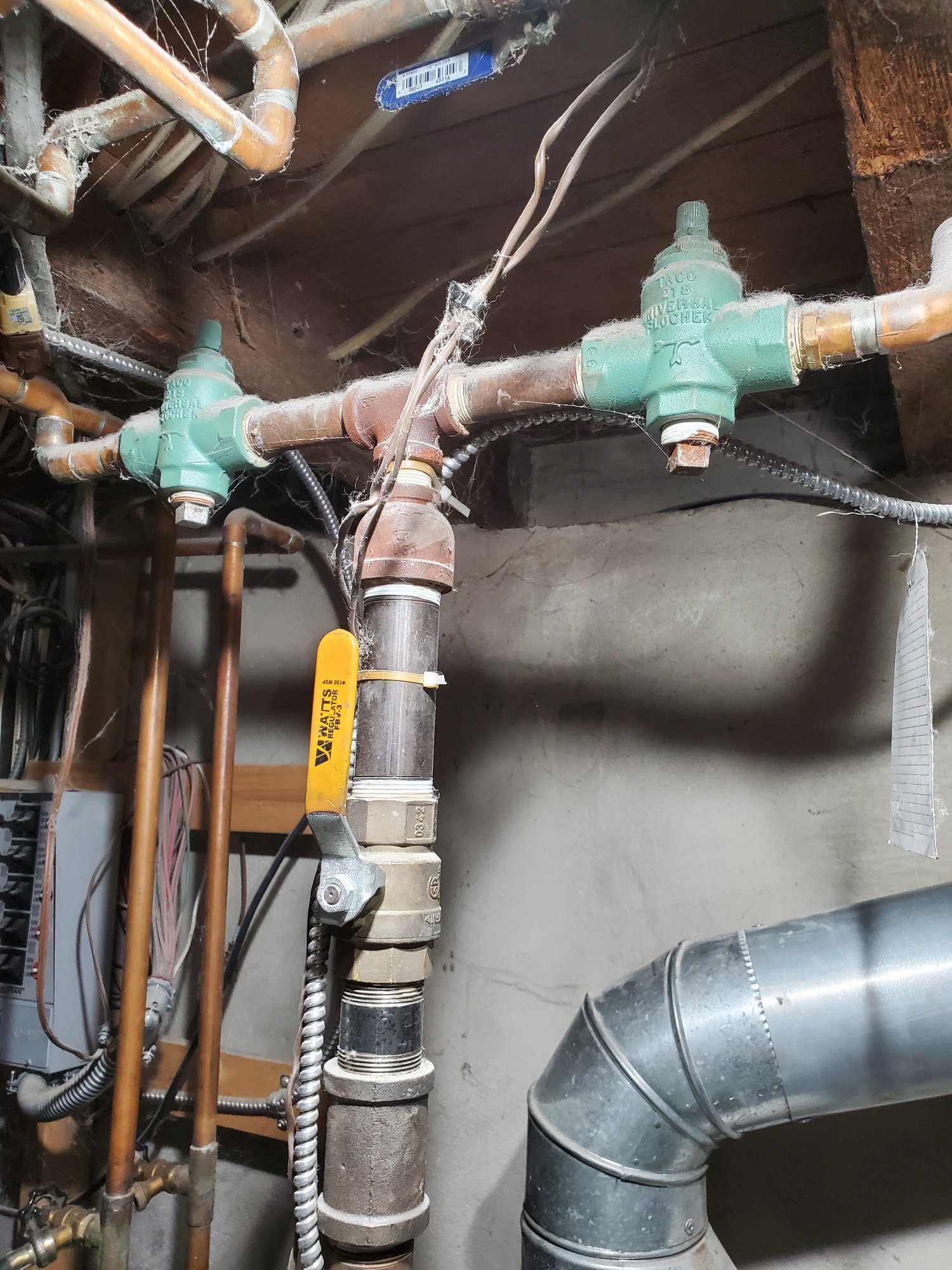 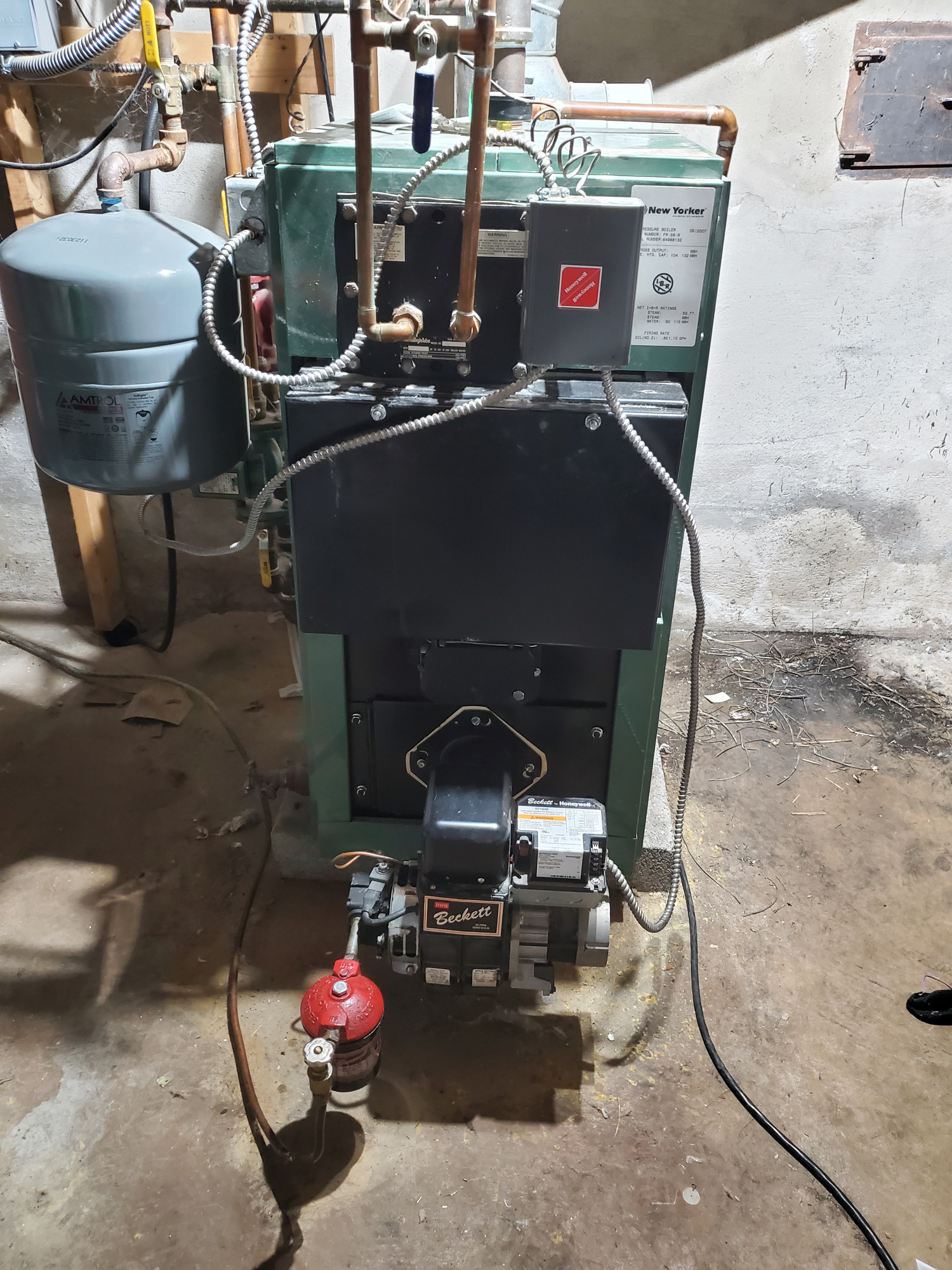 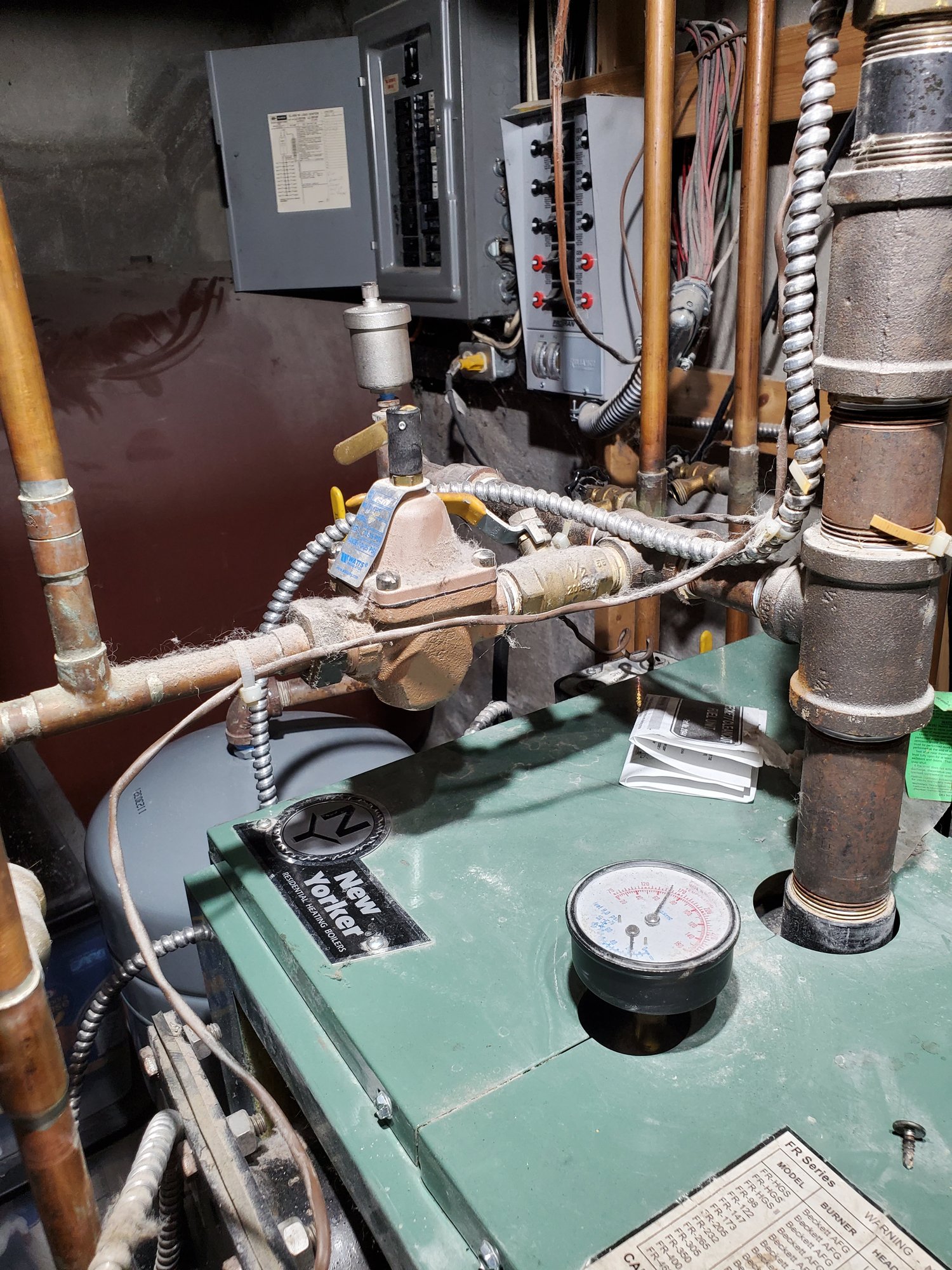 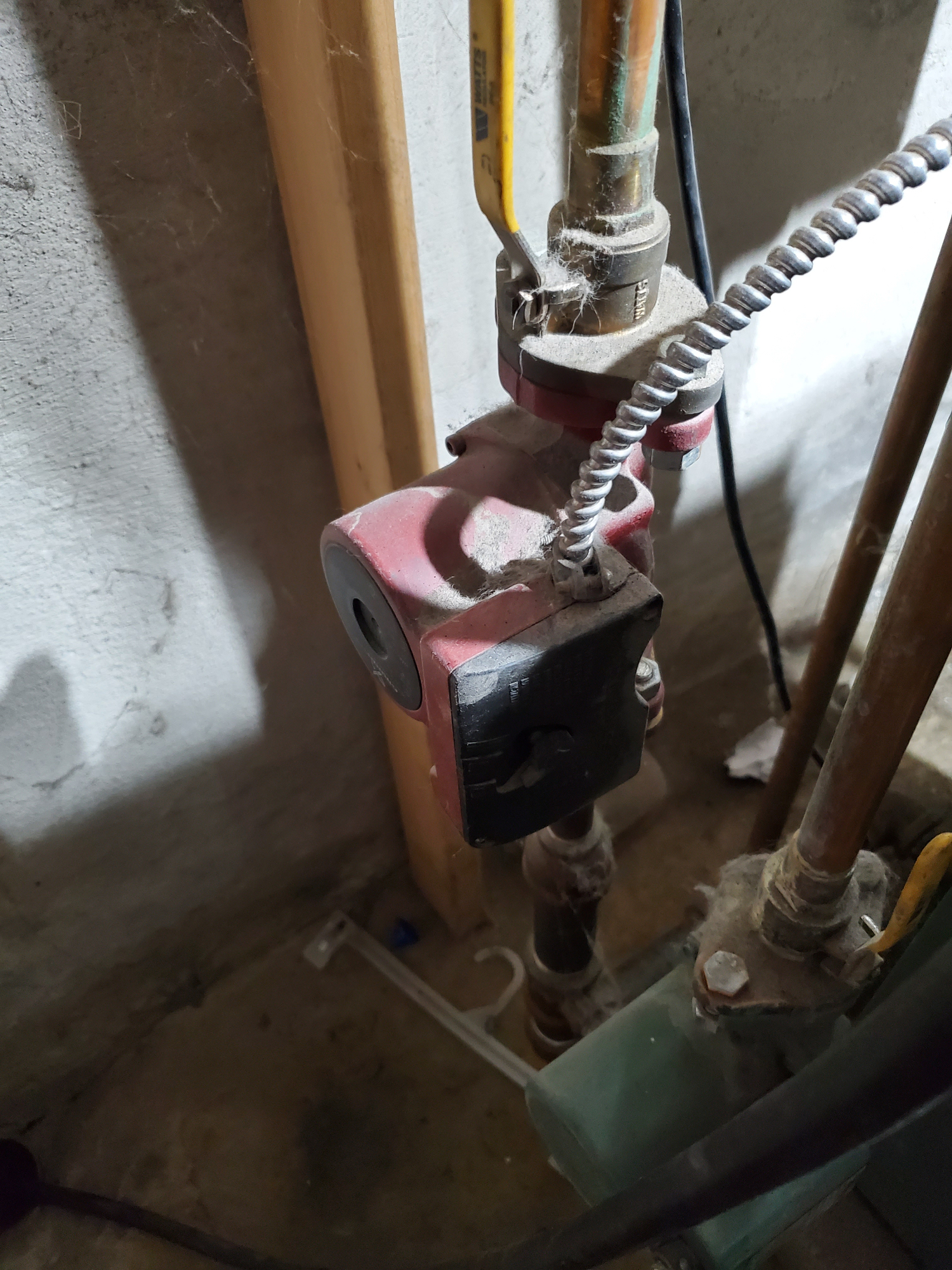 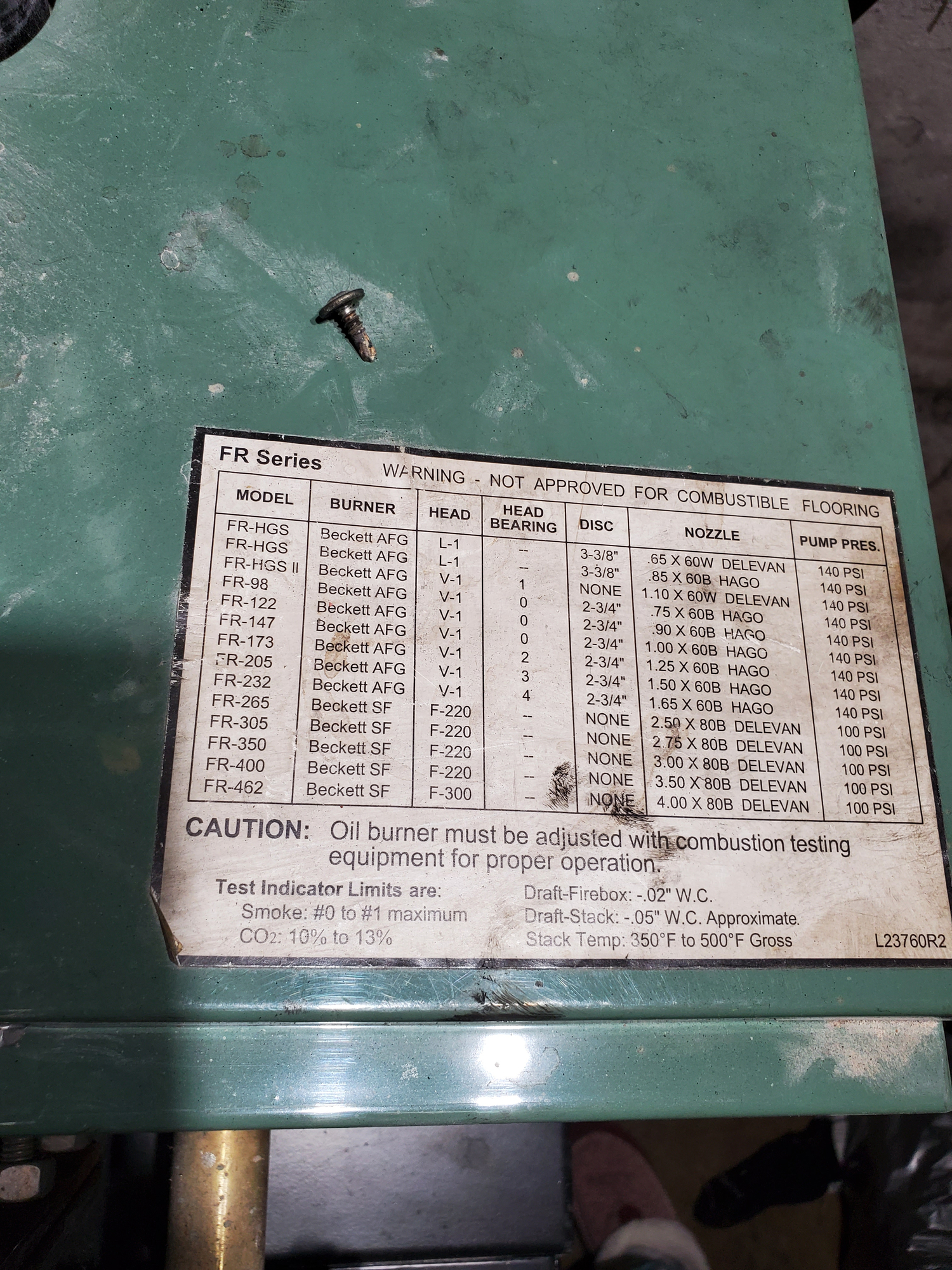 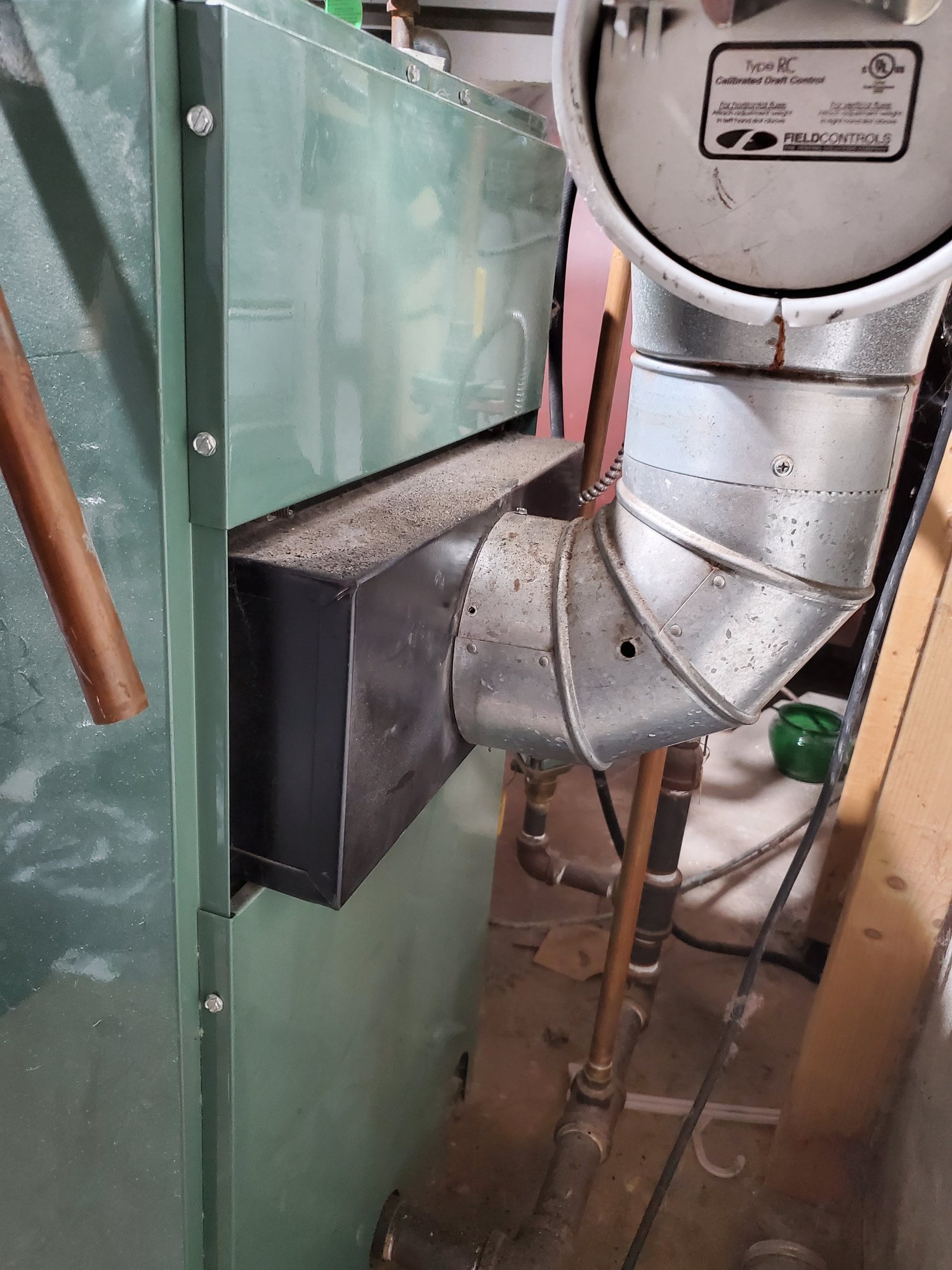 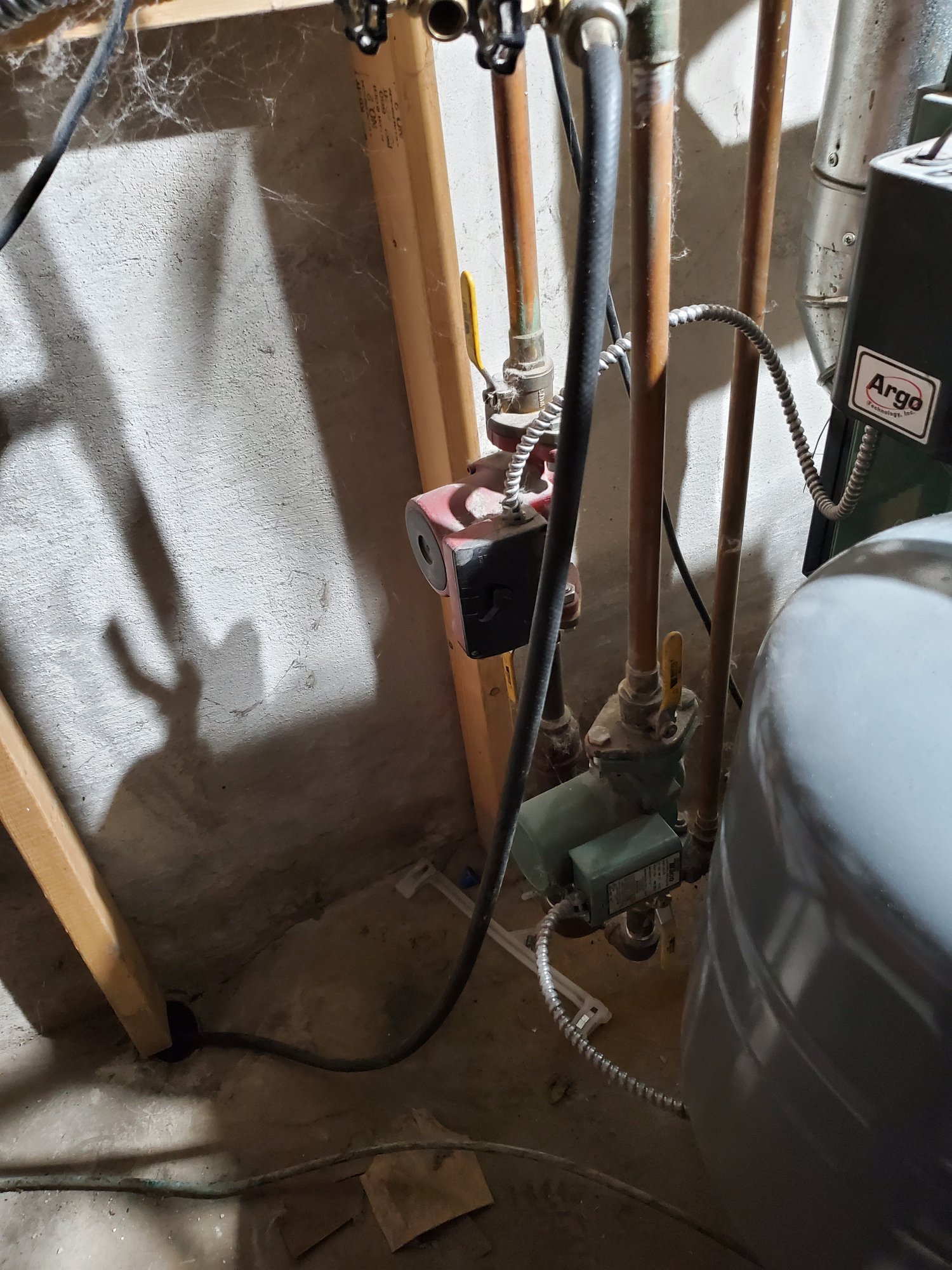 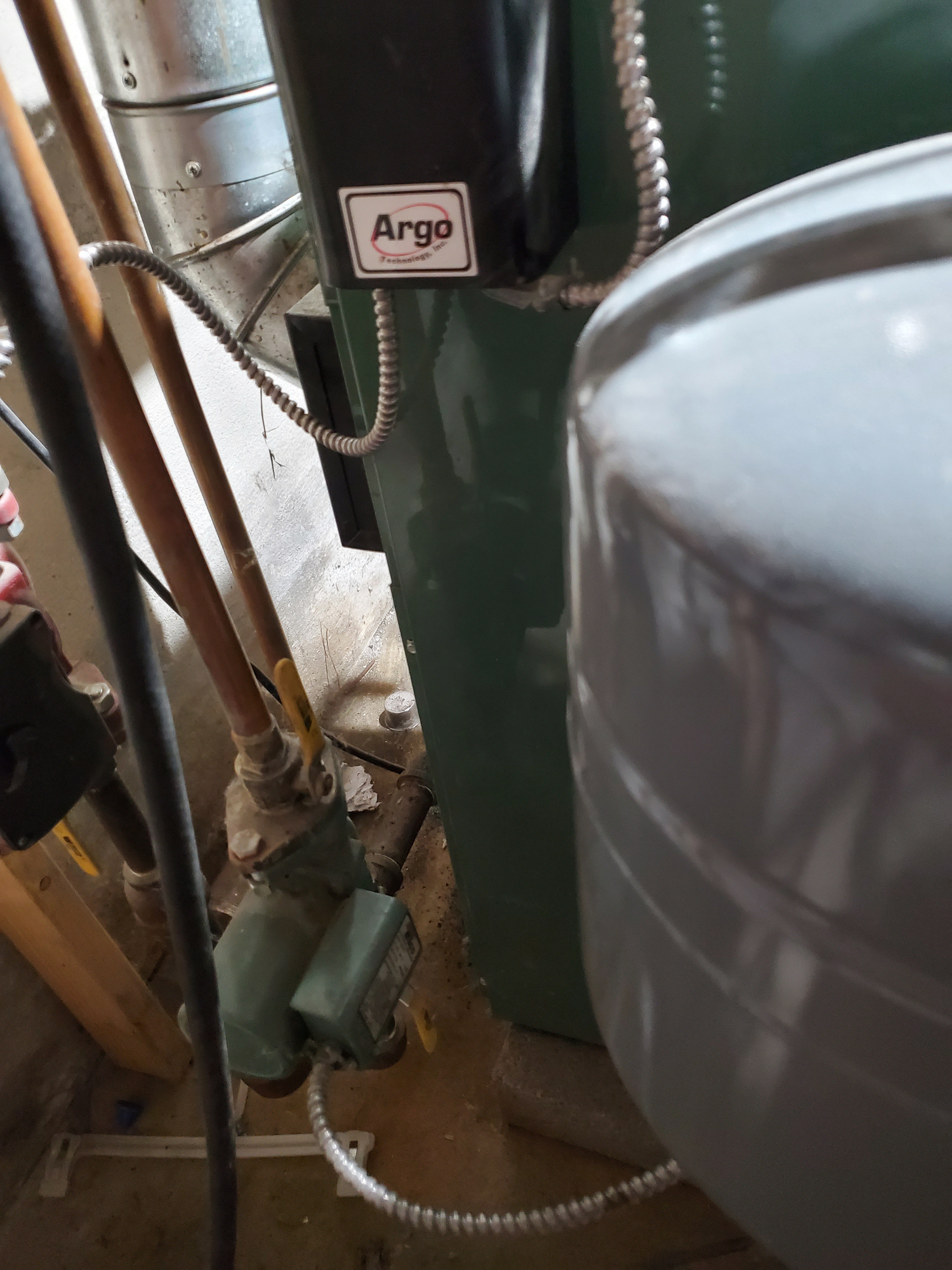 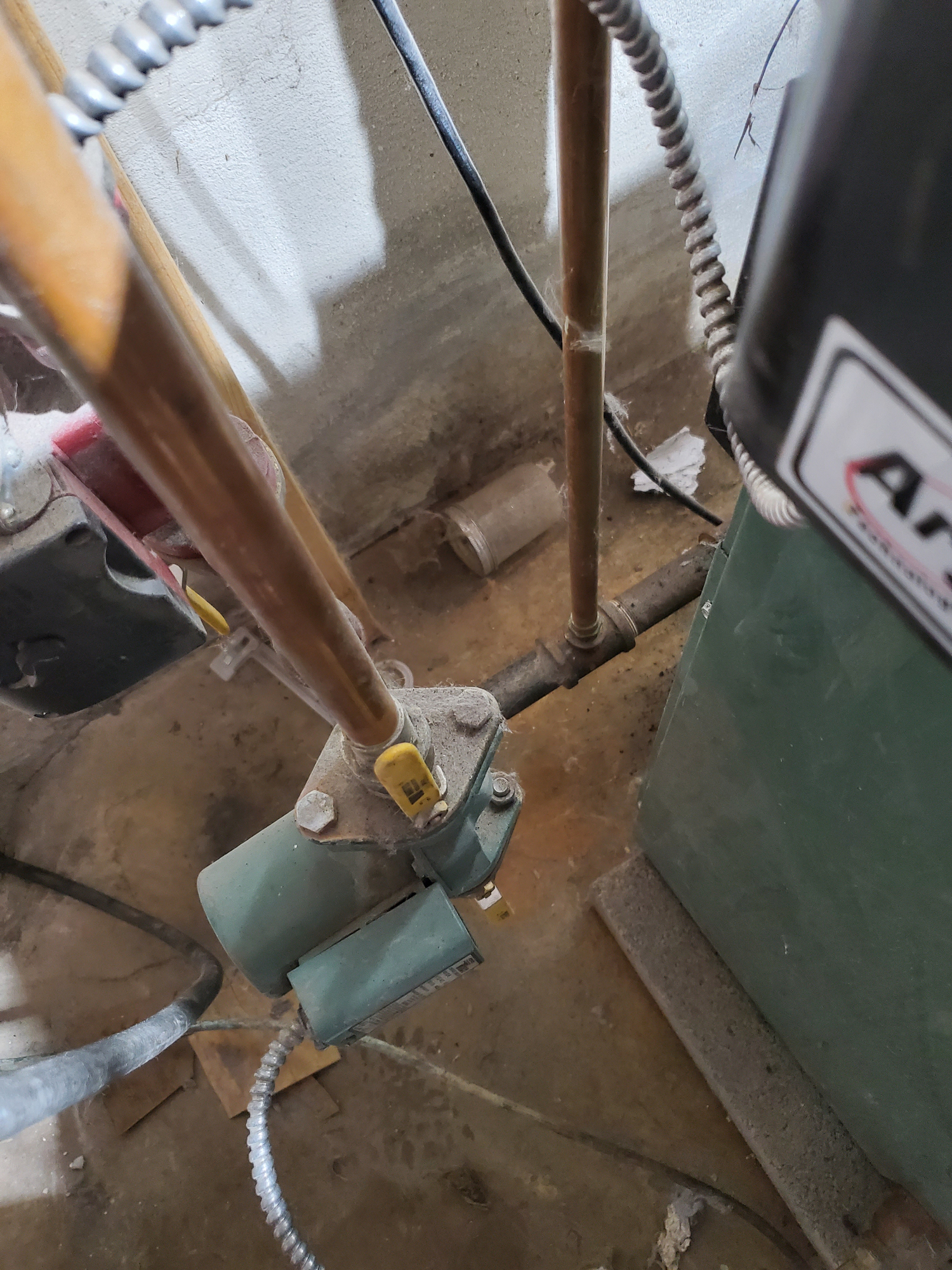 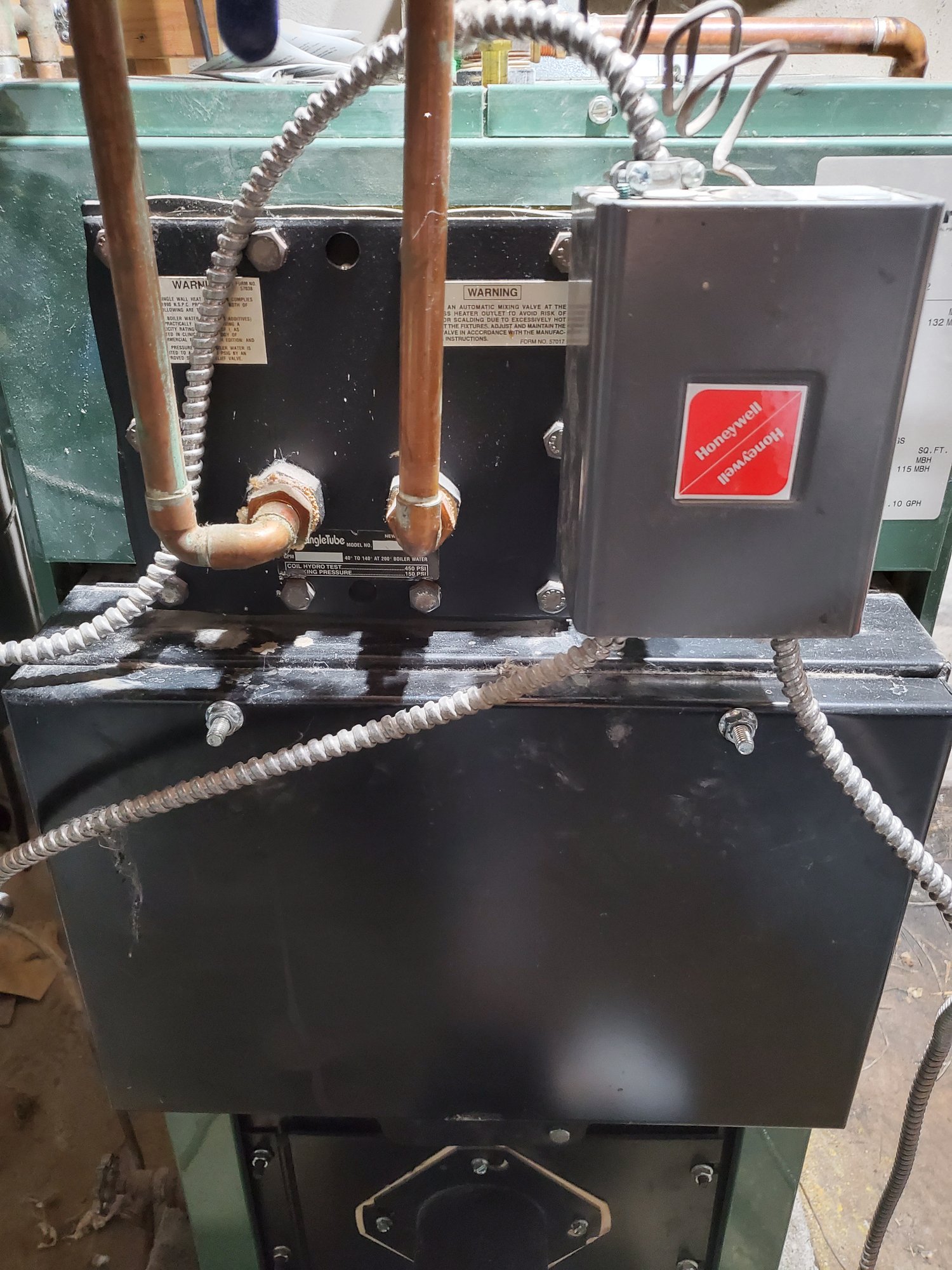 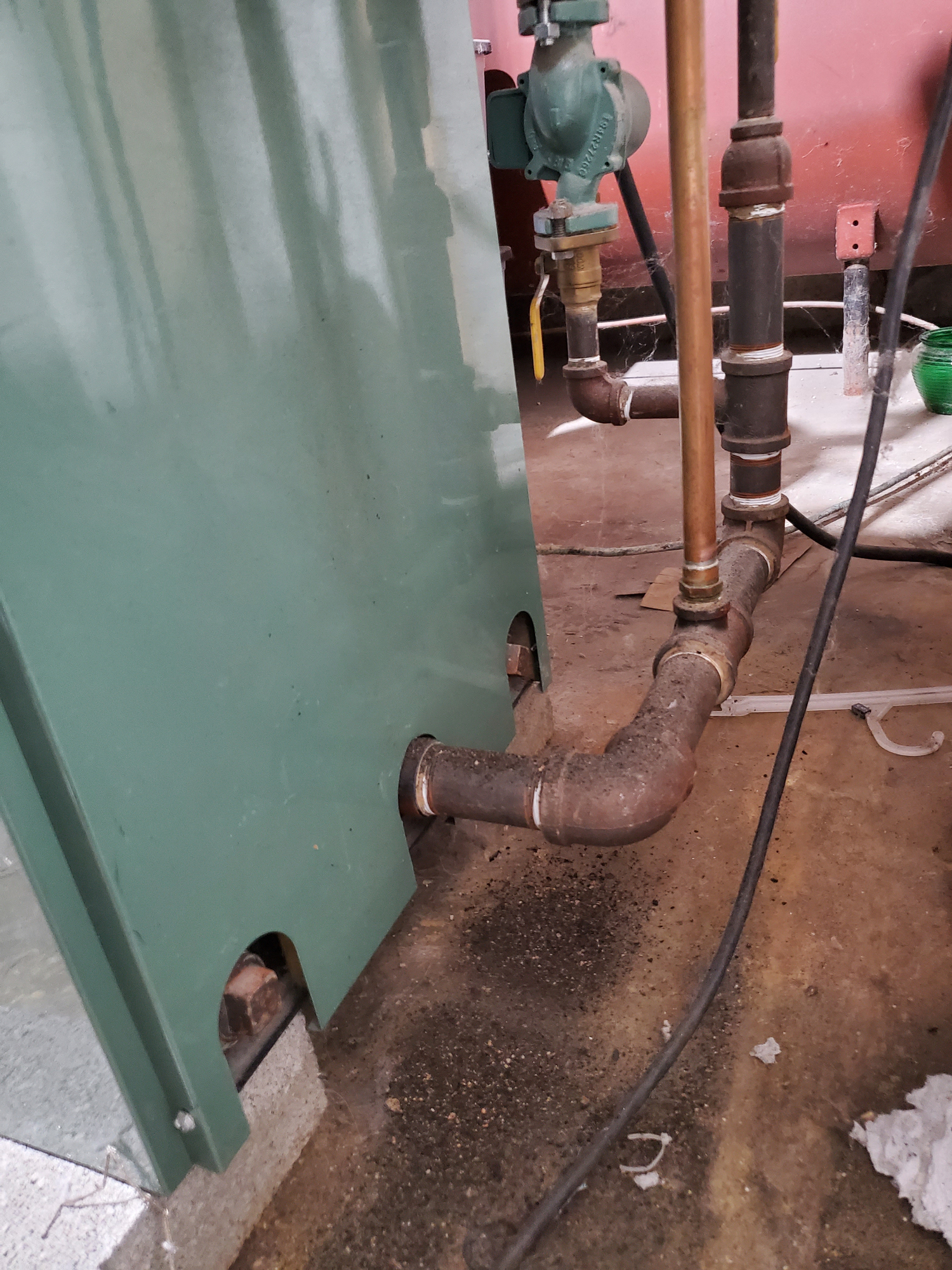 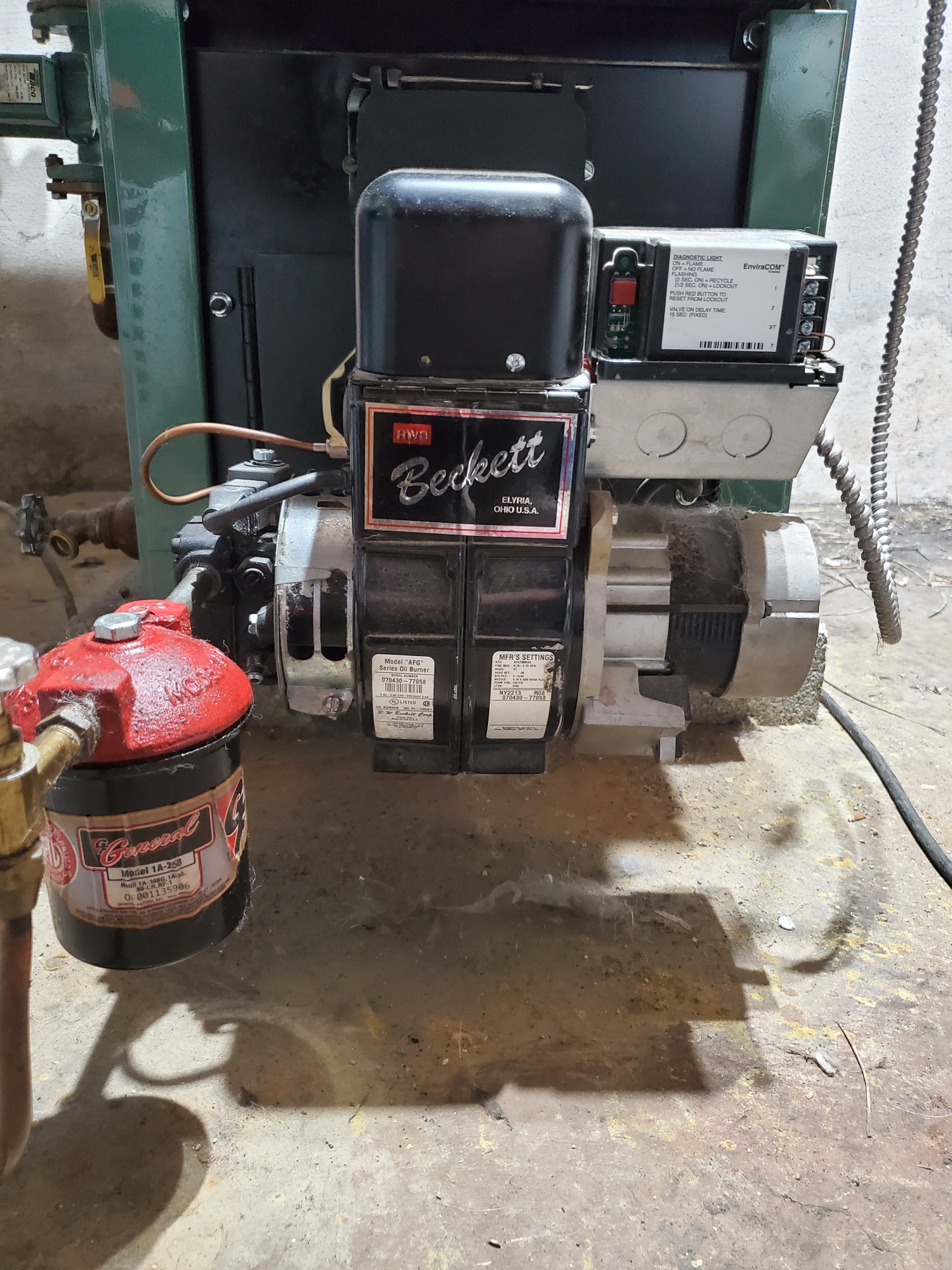 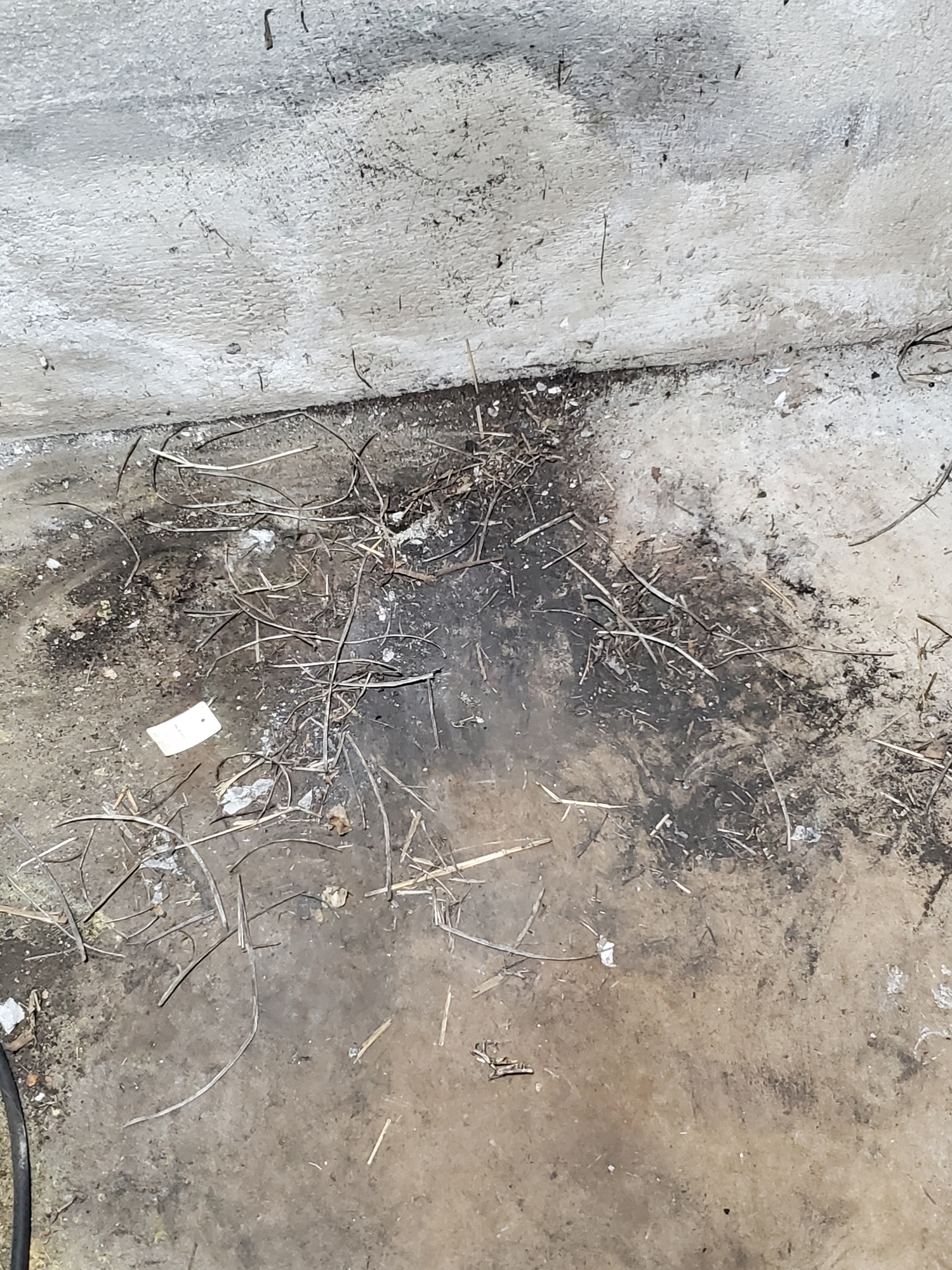 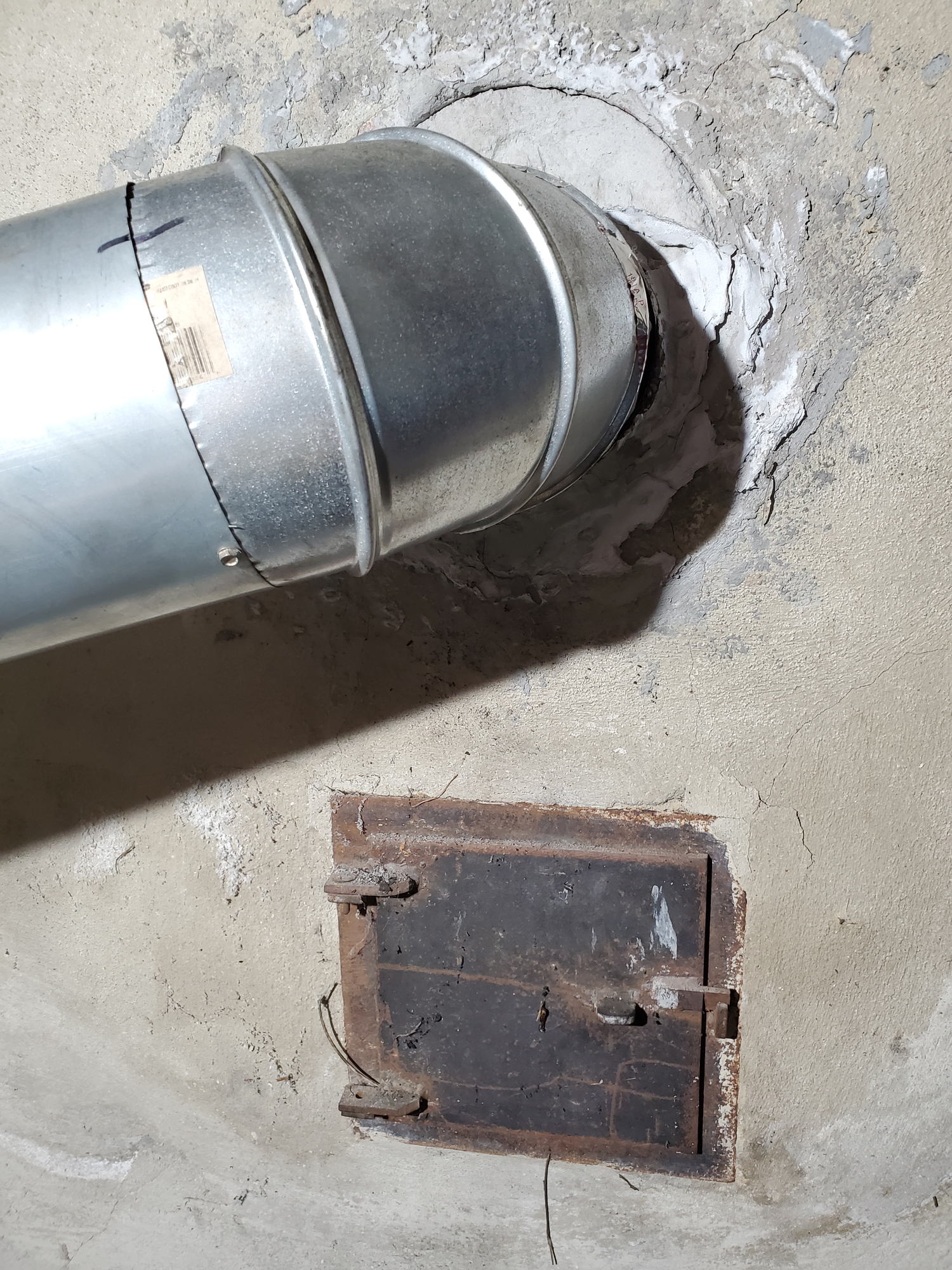 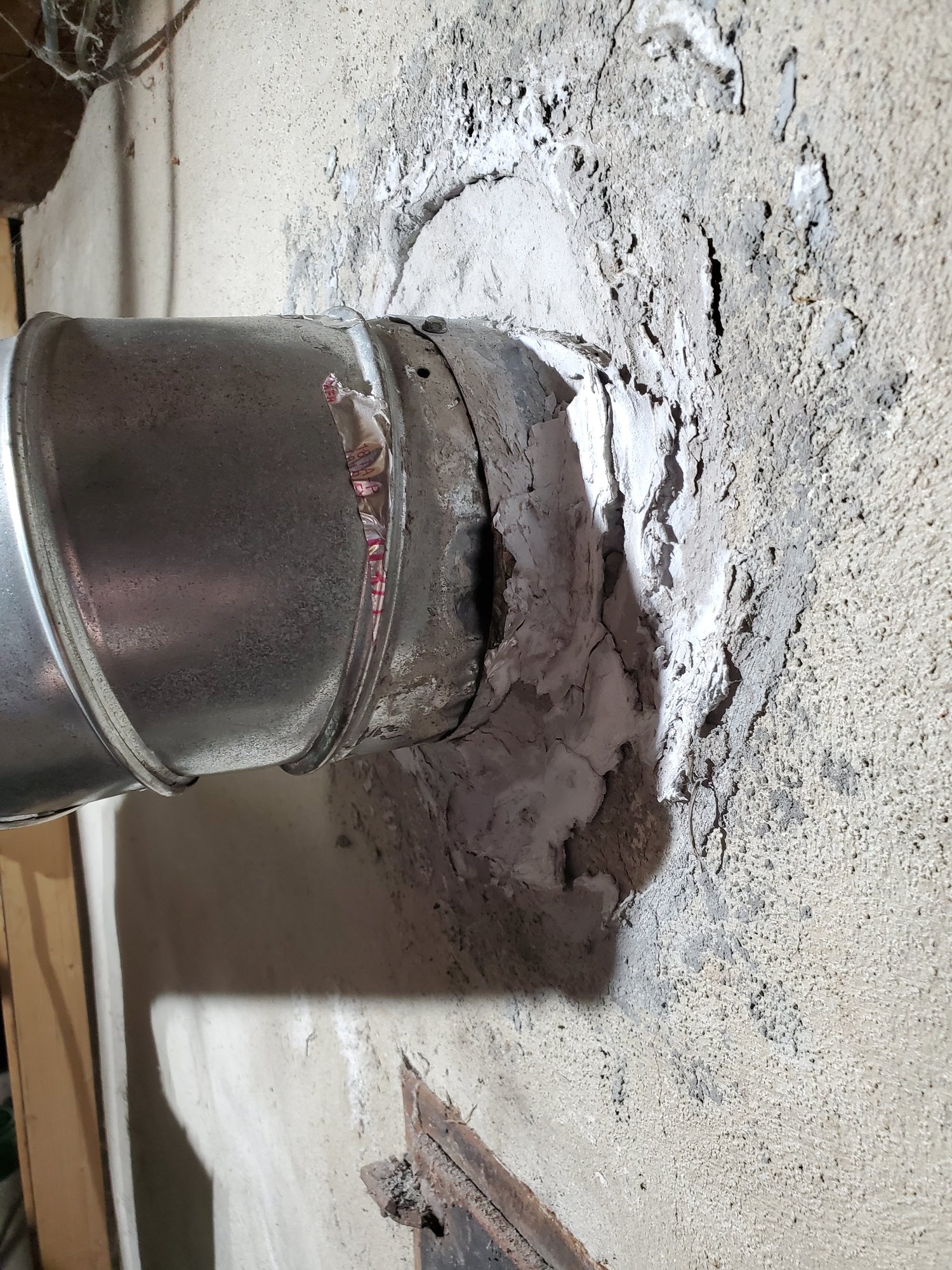