MountainSteam Member Posts: 20
April 2020 in Strictly Steam
My ninety year old stone home is heated by a two pipe steam system. The 3/4 inch iron pipes from the basement to the second floor run up a vertical channel block-out in the stone wall. At the bottom of the channel, there is a plug of plaster and debris. I can chip out most of the plaster plug to expose the elbow (see sketch) 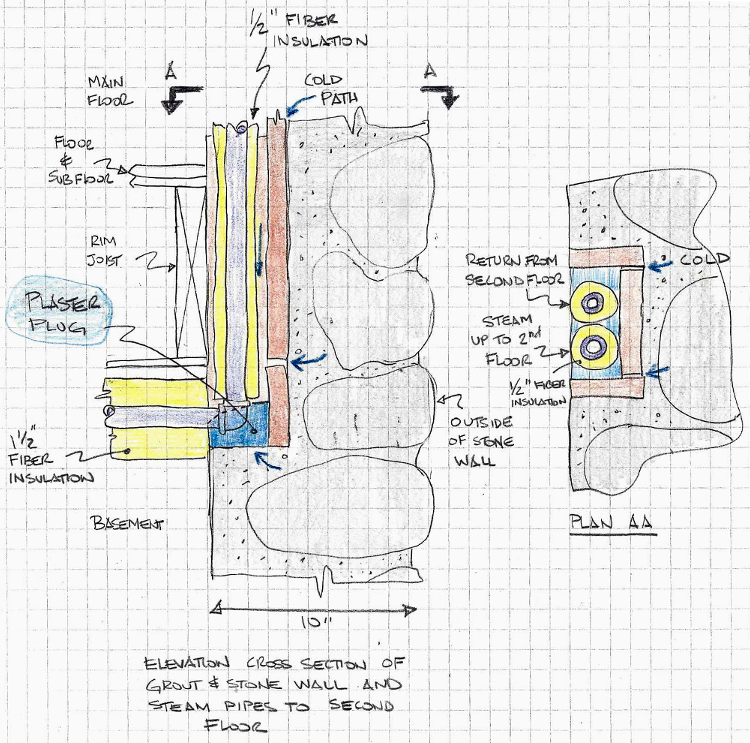 I am able to wrap the pipes with fiber insulation (shown in yellow on the sketch), but not the elbow. Because cold seeps from the stone wall through the cracks in the 1x blockout around the vertical channel (blue arrows on the sketch), the air around the elbow fluctuates from 60F (when the steam is on) to 35F (between steam cycles), when the outside temperature is 10F, so both the steam and return pipes get very cold from the elbow. On the coldest days of winter the elbows must get below freezing.

Once I chip out the plaster plug, I could insulate the elbows by stuffing some fiber insulation in the notch, but that will not stop the cold from seeping in the cracks along the channel, so I plan to spray some foam insulation behind the vertical fiber insulated pipes and around the elbow (see second sketch) 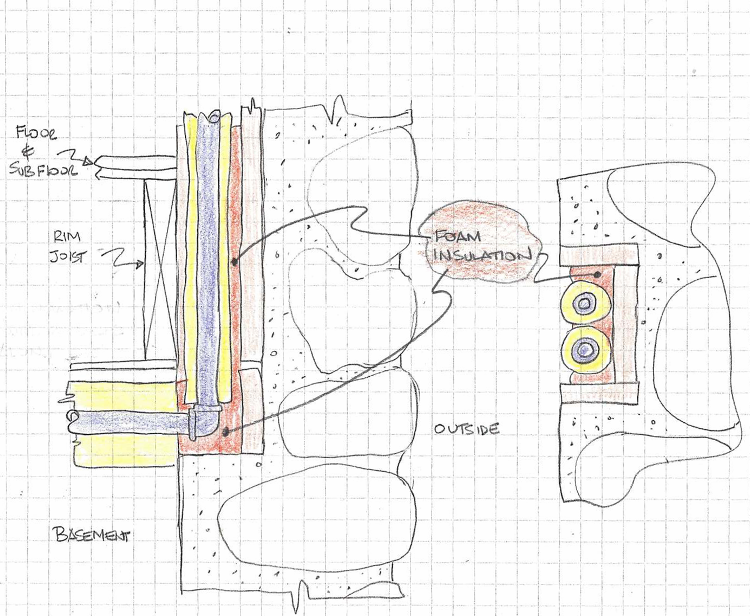 So the elbow of the pipe carrying the steam upstairs would be in contact with the foam spray insulation. I would spray the foam while the system is off and keep it off until the foam cures. I am at high altitude, where water boils at about 195F. My system operates with a vaporstat at less than 12 ounces of pressure, so the steam should never be more than 200F, well under the 240F rating of the foam spray. I tested foam spray around other steam pipes in the house and it seems to be holding up well after a month of contact with the steam pipes.

Is there anything wrong with this plan?