How some pros install and professionals accept

Henry Member Posts: 995
December 2019 in THE MAIN WALL
I was asked to check on the two boilers and 3 storage tank installation at a new student residence. This was an engineered job. The engineer said the install was correct. There was two 500,000 BTU boilers connected together on 1 1/2 pipe as well as the three tanks. Failure 1, pipe sizing to small for 100 GPM. Failure 2, the small Taco pumps could pump 20 GPM if there was no boiler restriction. Plumber redid the piping and installed the correct model Grundfos pumps. Failure 3, look how the pumps were installed. One already was making noise. 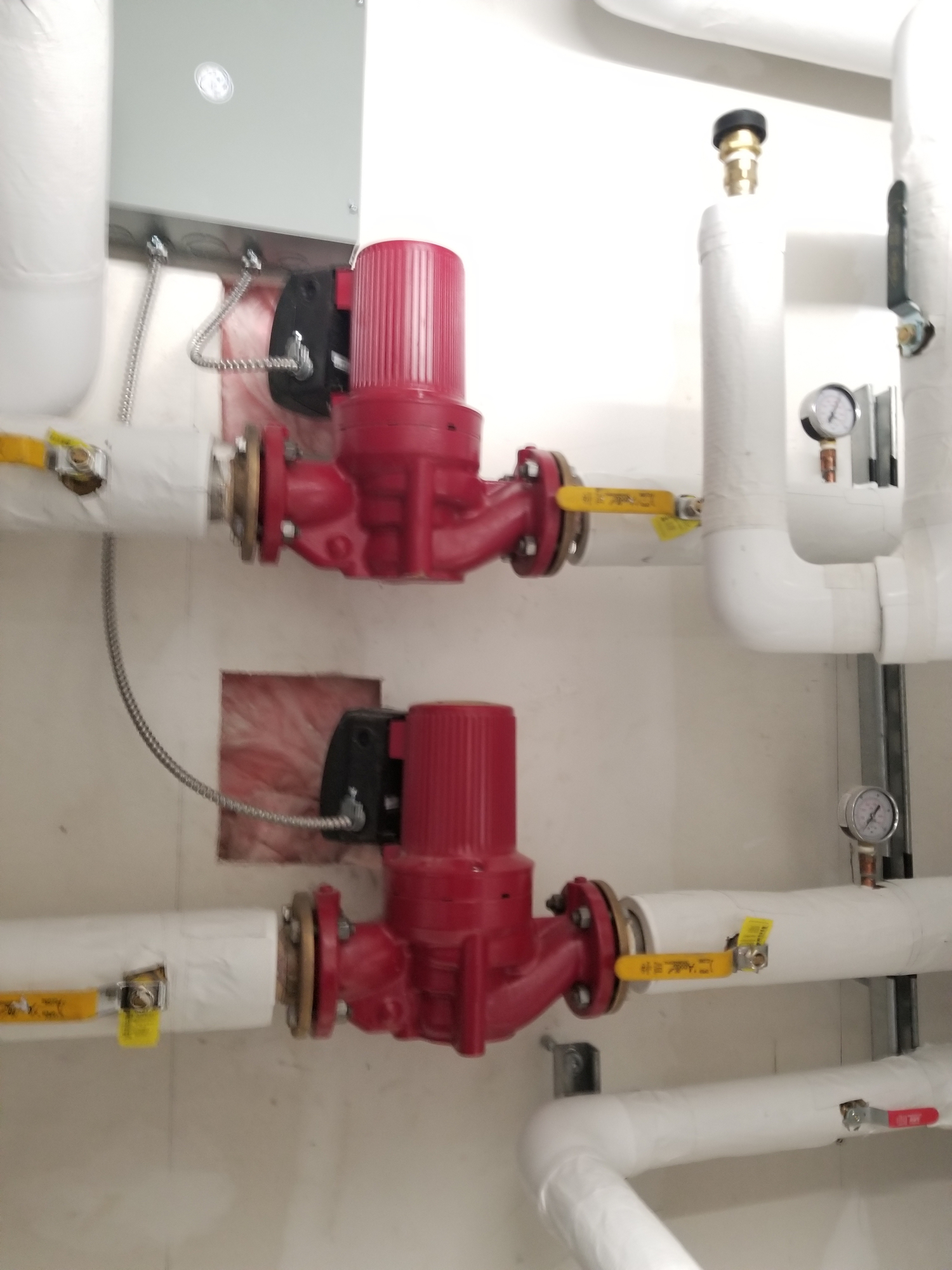