The Steam Whisperer Member Posts: 922
November 2019 in Strictly Steam
The guys just finished this one last week. I decided to do the header in threaded instead of welding because I knew it would be tough to get our welder out when it was already down in the single digits here in Chicago. I would normally just do threaded down into the header to create swing joints for the boiler and threaded up to a union above the Hartford loop so return piping can be easily replaced then let our welder take care of the rest. We've done the Peerless version of this boiler before ( the TCII), but tried the Smith 28HE because of a shorter lead time on the burner, but will definitely try to stick to the Peerless in the future. Smith' instructions are nearly useless, the jacket brackets were threaded wrong and the jacket instructions were buried in some other box not with the jacket. As to be expected the Honeywell PA pressuretrol was defective and, as we've been seeing more and more often, the hot dog style float/switch assembly in the M&M 61 ( same as the 67) was flaky. We'll use a 63 next time and continue to see if we can find an alternative to the McDonnell and Miller controls. The guys do some beautiful work. 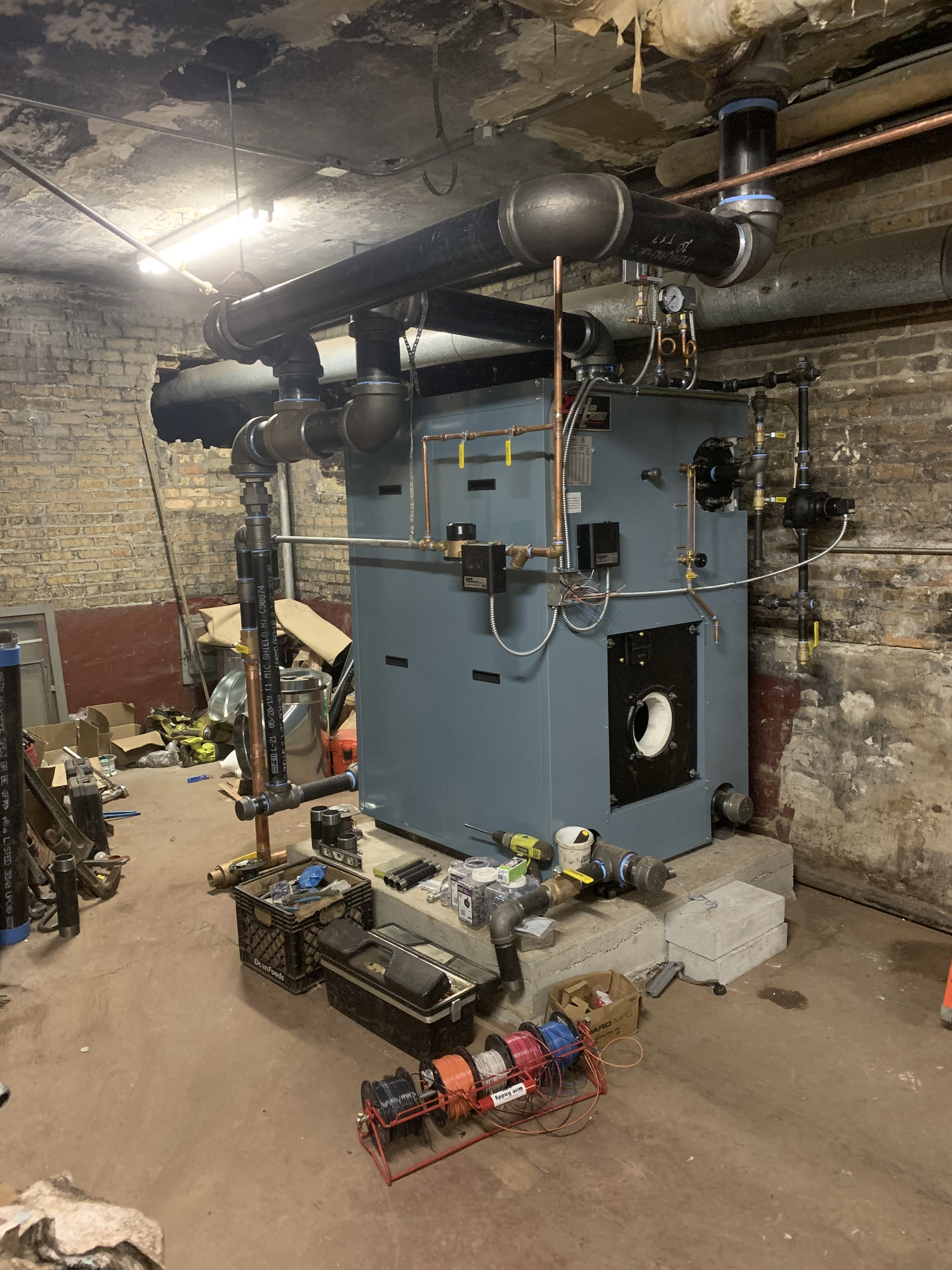 To learn more about this professional, click here to visit their ad in Find A Contractor.