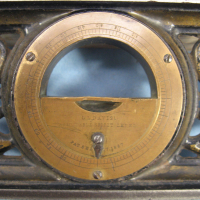 jeant Member Posts: 15
May 2019 in Plumbing
I am concerned about the longevity of crimped copper pipe fittings. I am worried the seals will fail faster than the pipe or solder joint would. From my experience soldered copper pipes seemed to have endured for a very long time. I am not sure how well the crimped fittings seal will last. From my limited perspective and generally speaking, soldered joints will last the life of the house. Does any one else have an opinion on this?
0