archibald tuttle Member Posts: 810
January 16 in Indoor-Air Quality
so our one building with scorched air turns out to the first that has a tenant with nonsymptomatic positive covid test. murphy didn't do us in all the way as they are on the 3rd floor which was an afterthought to the forced air heating system and there is no return, only a few supply ducts with marginal air flow with much comfort provided simply because the floor below is heated.

But it got me thinking about what I should do prophylactically about filtration in the modern era. We went from typical double 1" filters in old furnace to 20x25x5 air bear when changing to condensing furance.

So the first thing I did was look into uping the MERV rating on our filter and trying to gauge the limit that system design would impose here with 13 being a minimum and higher being even more efficacious at E1 particle removal, the focus for particles to which viruses are likely attached in circulation from my understanding.

The highest I could find locally available from dozens of shops was a 12 and those guys were outliers. All others had only 10s or 11s.

Trion themselves only offers a 13 which I mail ordered with an aftermarket 14. I'm going to test the pressure differentials in the plenums before and after as well as plenum temperature. IIRC I've got the multispeed fan runs on medium most of the time and i disabled low because the plenum temps were too high. So I might have to run the fun locked on high. Small price to pay, as it were and judge between the circulatory performance vs. filtering efficaciousness of the 13 vs. the 14.

In any event, in this environment can't help but think of alternatives. maybe it is the high pressure drops that lead suppliers not to stock the higher MERV rated filters almost a year into the sudden focus on interior air quality, and/or maybe the focus is on small commercial spaces and not residential. As far as alternatives, I was thinking UV at first. But other than directly focused on the evaporator to limit mold i'm wondering if there really is an additional 'filtering' or air wash approach that I could implement in either supply or return plenum. And I do notice the honeywell F300 electrostatic with pre and post filter is supposed to give MERV 14ish performance with an airbear sized footprint and mostly reuseable/washable media as a kind of swap out.

Most of the feedback you can get on these active filtering/treatment approaches speaks to their effectiveness against mold (which has not been a problem in this building at all) but I'm pondering if mold is a good surrogate for viruses in terms of reasonable best practices at the present moment and asking what theoretical or empirical knowledge all you steam and hydronic heads have in this realm. 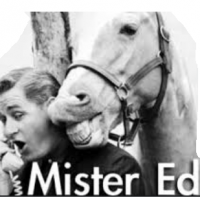