deyrup Member Posts: 62
January 18 in Plumbing
My tenant has been leaving the shower head on the floor when taking a bath; today enough water dripped down through the ceiling tiles that it flooded our bathroom on the first floor. We are taking away the detachable head and replacing it with a fixed shower head on the second floor, but I am not sure what the options are for fixing the first floor bathroom.

We removed all of the drop ceiling that was in there and it looks like there have been several different ceilings up there, plaster and lathe, another drop ceiling. I am quite confused as to what is going on as the previous owners seemed to keep slapping on things on top of old things. The water was mostly dripping onto the blackened wood in the last picture.

The bathroom is functional although would prefer if less sound came through the second floor bathroom, and would like venting for the bathroom. Is it possible to just replace the ceiling or do I need to do plumbing work? The bathroom measures 6' x 8' 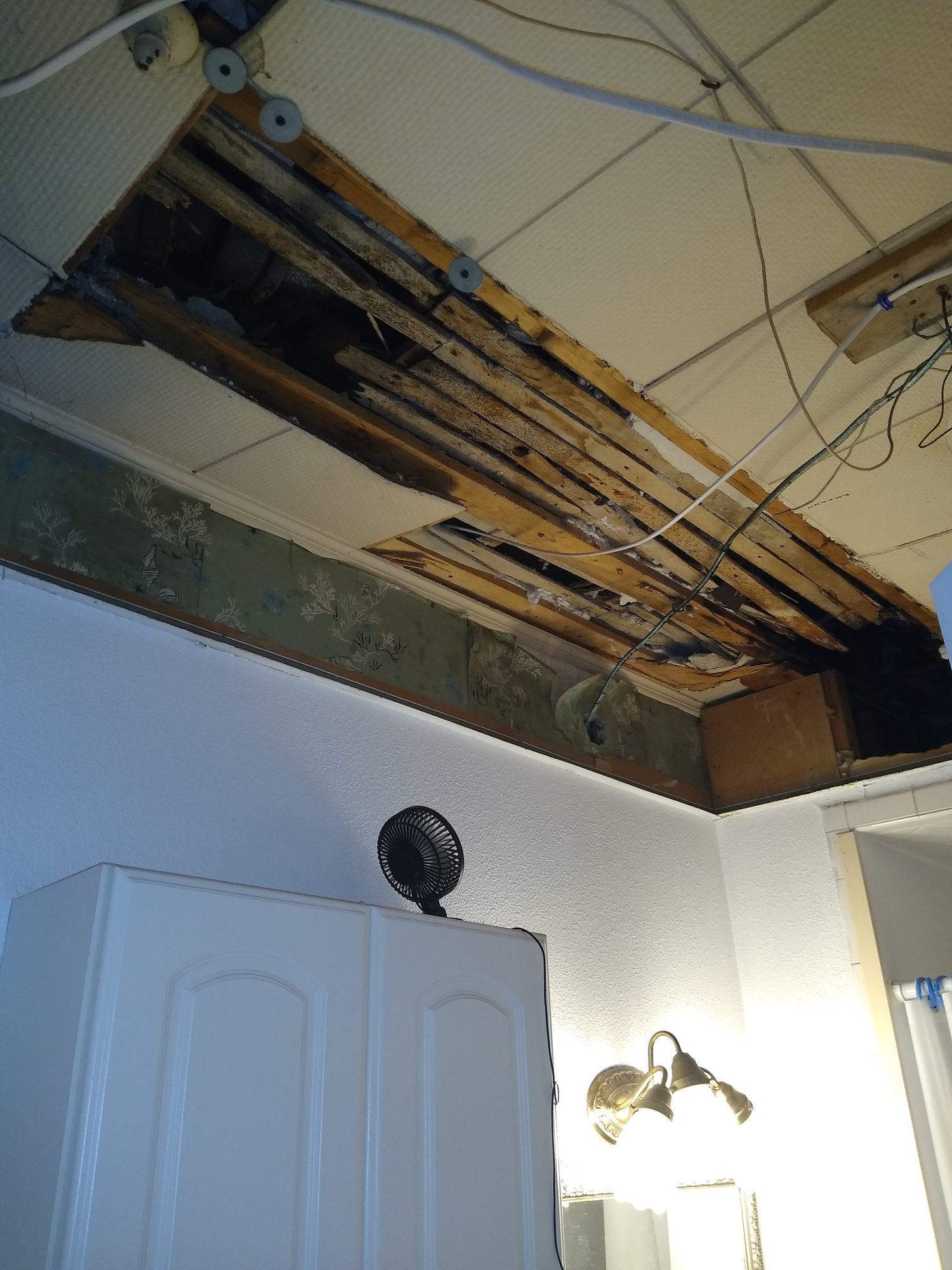 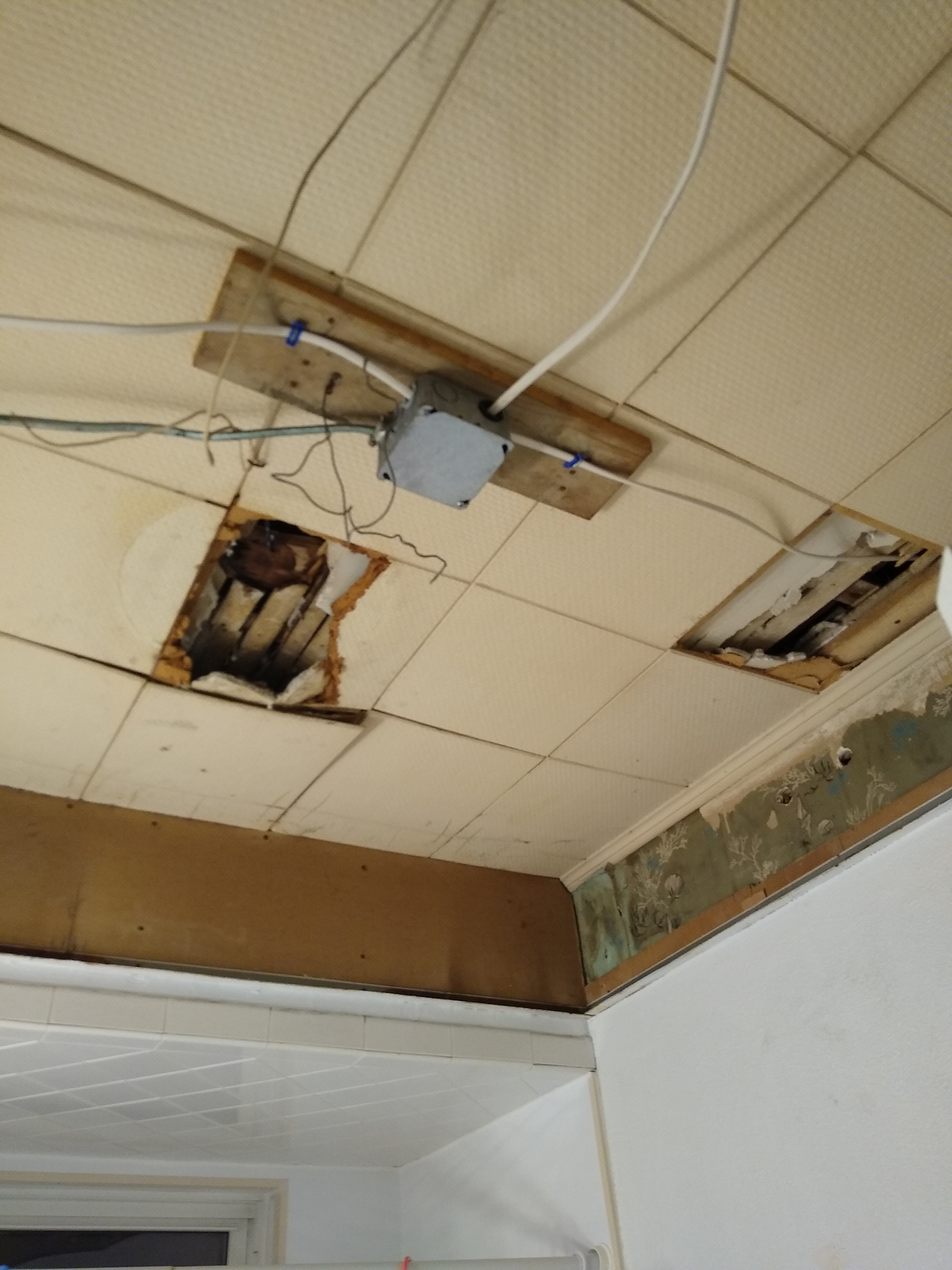 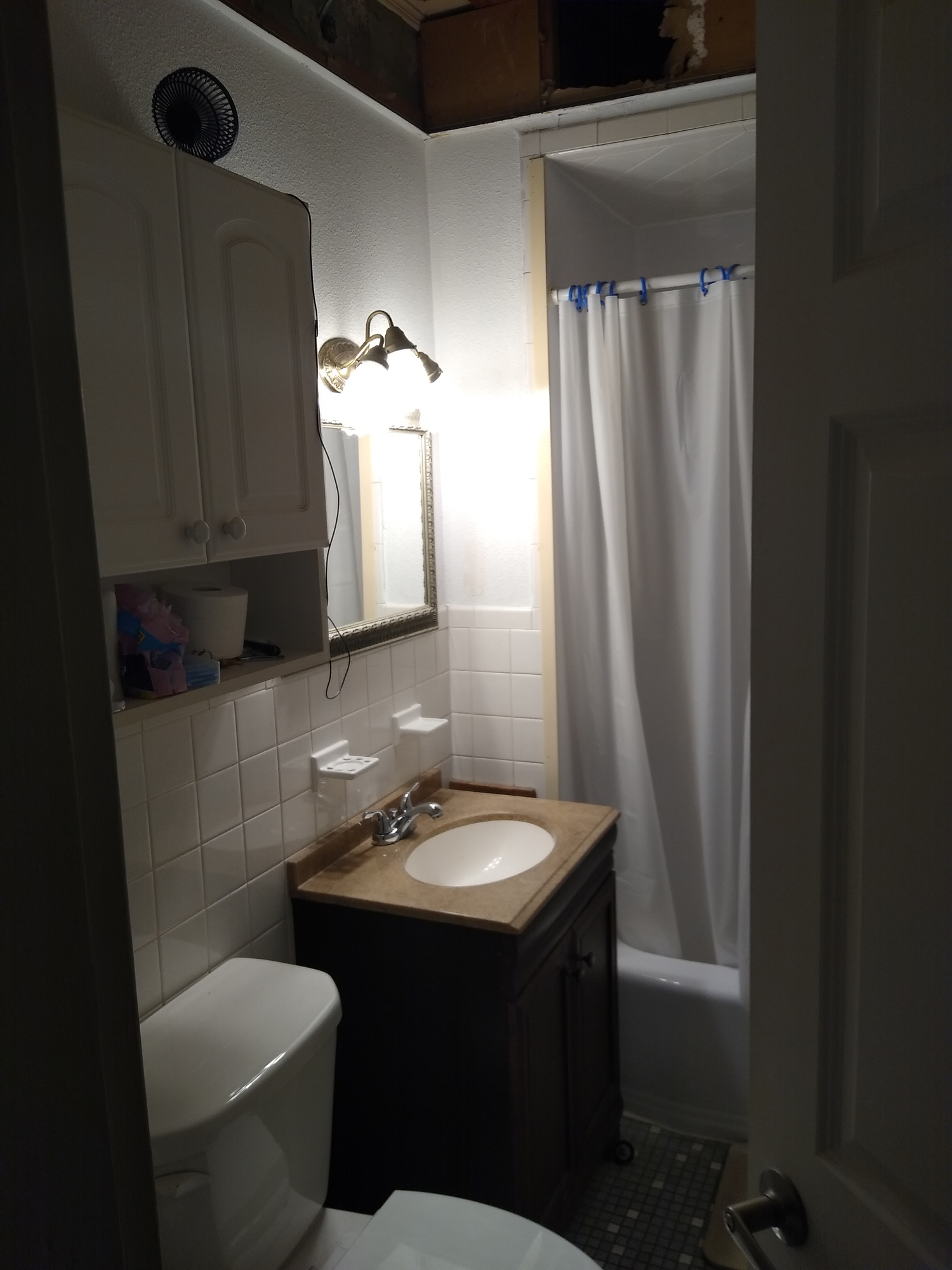 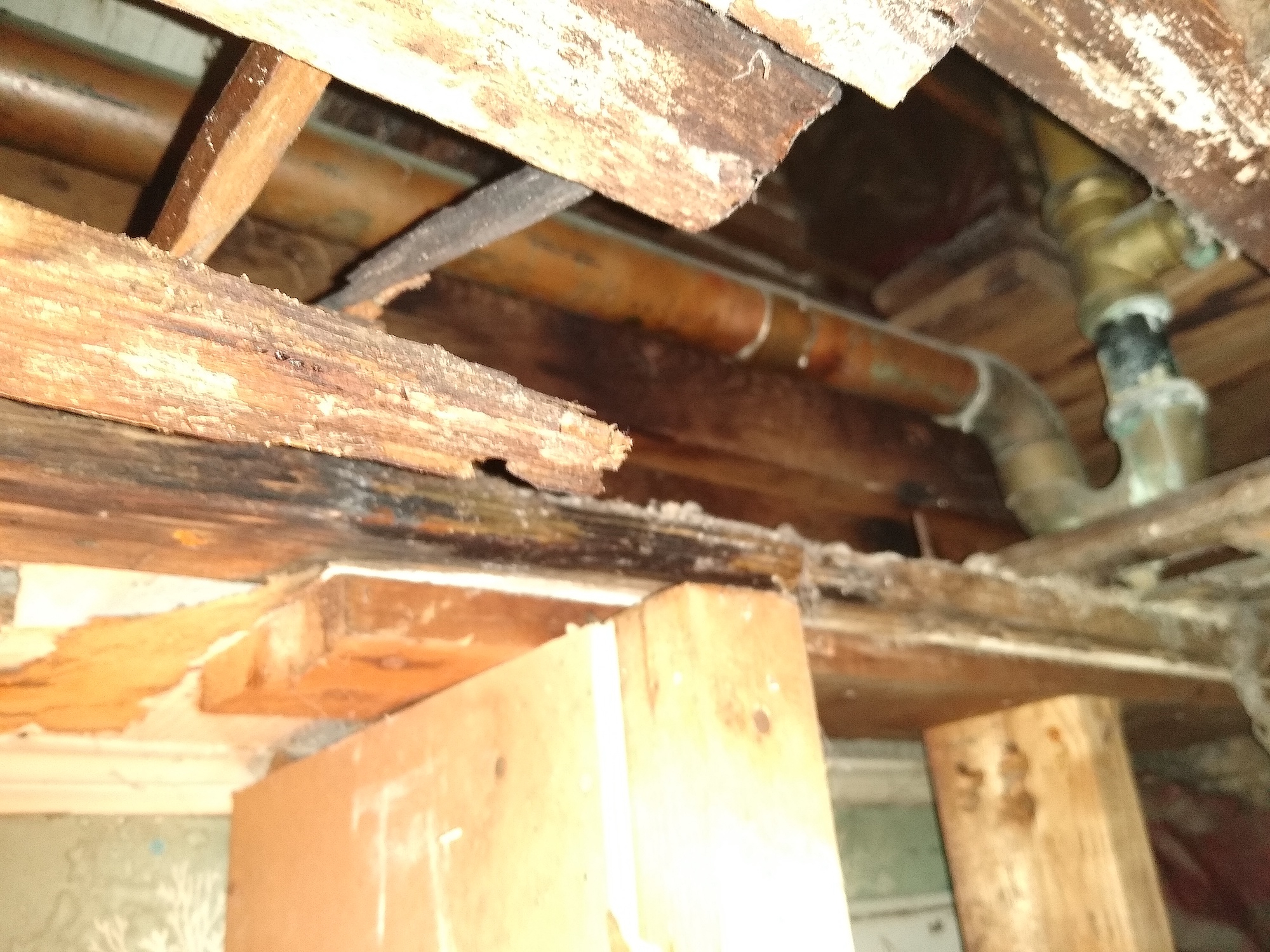