Rusty18 Member Posts: 4
November 15 in Strictly Steam
The oil company came to do the annual service last week and our boiler has a hole in it. They are coming this week to put in a replacement (same model same size). The system has worked well over the past almost 40 years (this will be the third boiler, first one was installed who knows when and the one being replaced 15 years ago), but I was wondering if anyone had any thoughts/suggestions/improvements based on the pictures below.

The service tech heard the leak when they tested the LWCO - it did not work and when they filled the boiler you could hear water spilling out. A week before that it was in the 20s here in MA and everything seemed fine. I did the check I do every time the heat comes on for the first time to make sure the system is balanced, and there was steam in all the radiators and all seemed well. If the LWCO was not working (super alarming) but we still had steam despite a hole, does this mean the hole is somewhere above the LWCO and the auto feeder was just pumping new water into the system and that's what prevented the boiler from dry firing?

My other concern is the wet return. 15 years is apparently what you get out of a steam boiler nowadays, but I can't help but think about the fact that the hole in the boiler happened a few years after we poured a slab in the previously dirt-floor basement. It's probably unrelated given the age of the boiler but I can't help wonder what's going on under the concrete (the wet return is all copper under the floor). Short of digging it up for a problem that may not exist, does it make sense to install an auto feed with a meter to keep track of how much water is being added? If yes, any ballpark thoughts on how much loss is normal and what kind of numbers could be indicative of a leak?

Appreciate any and all feedback! 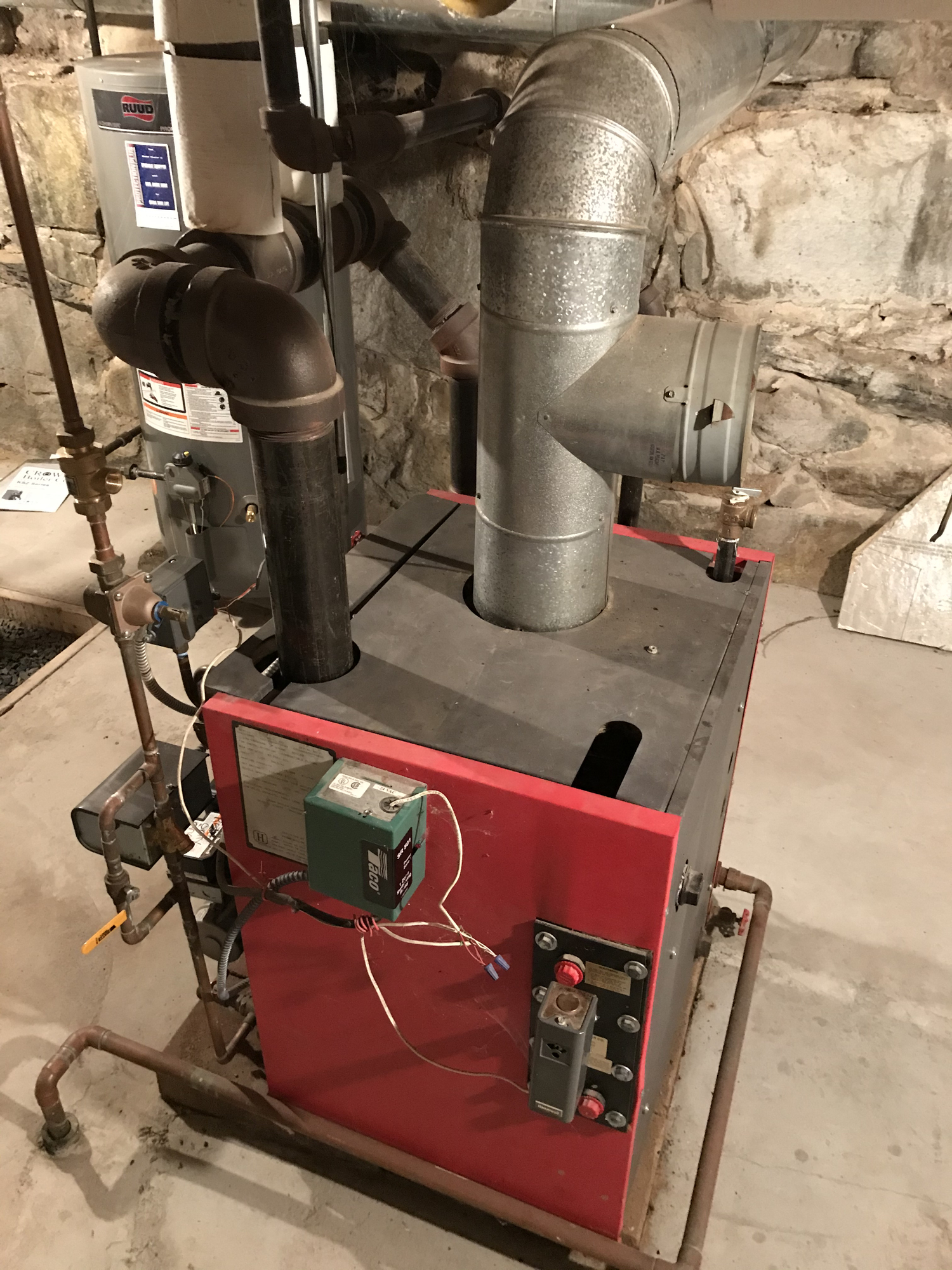 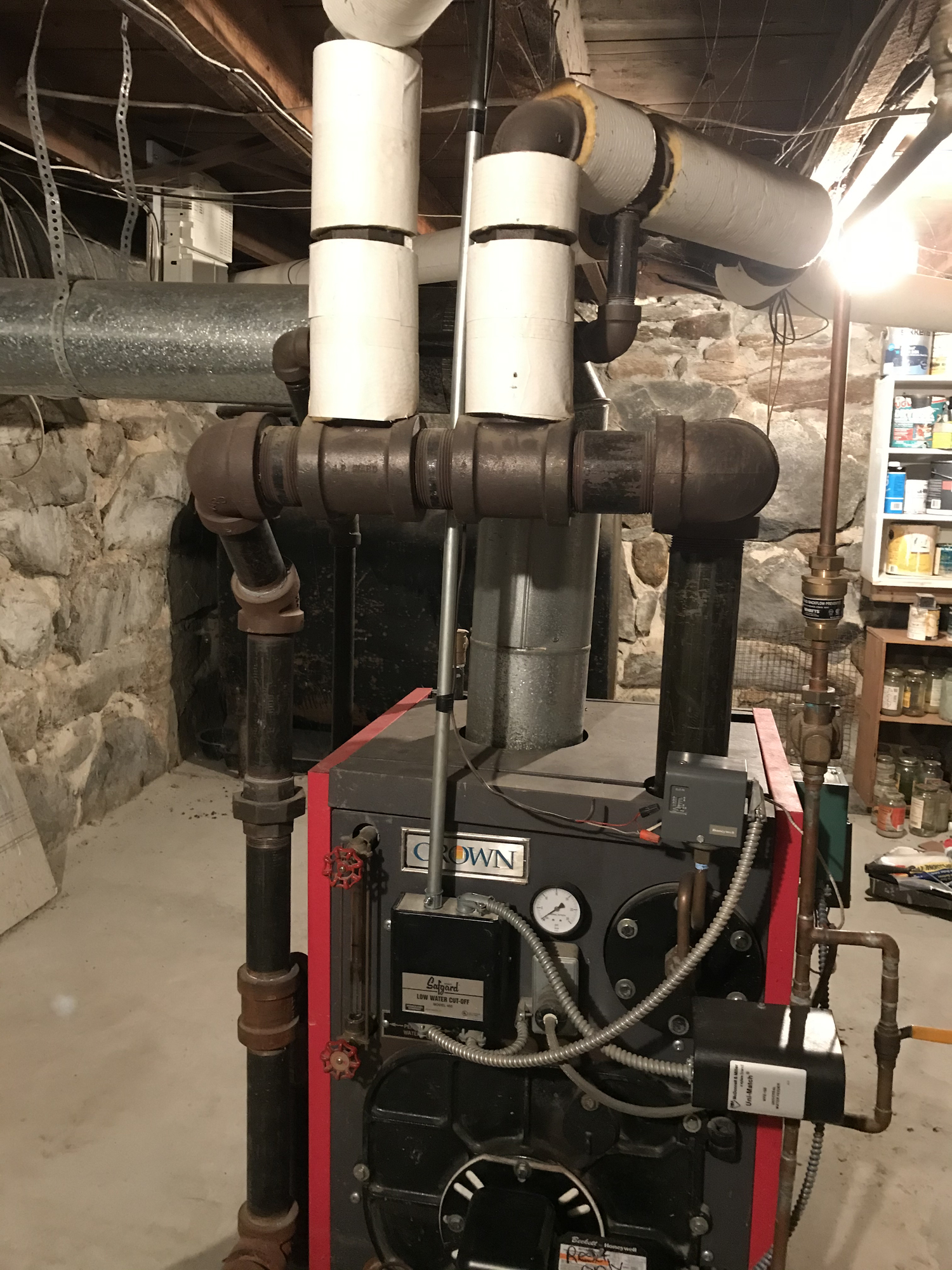 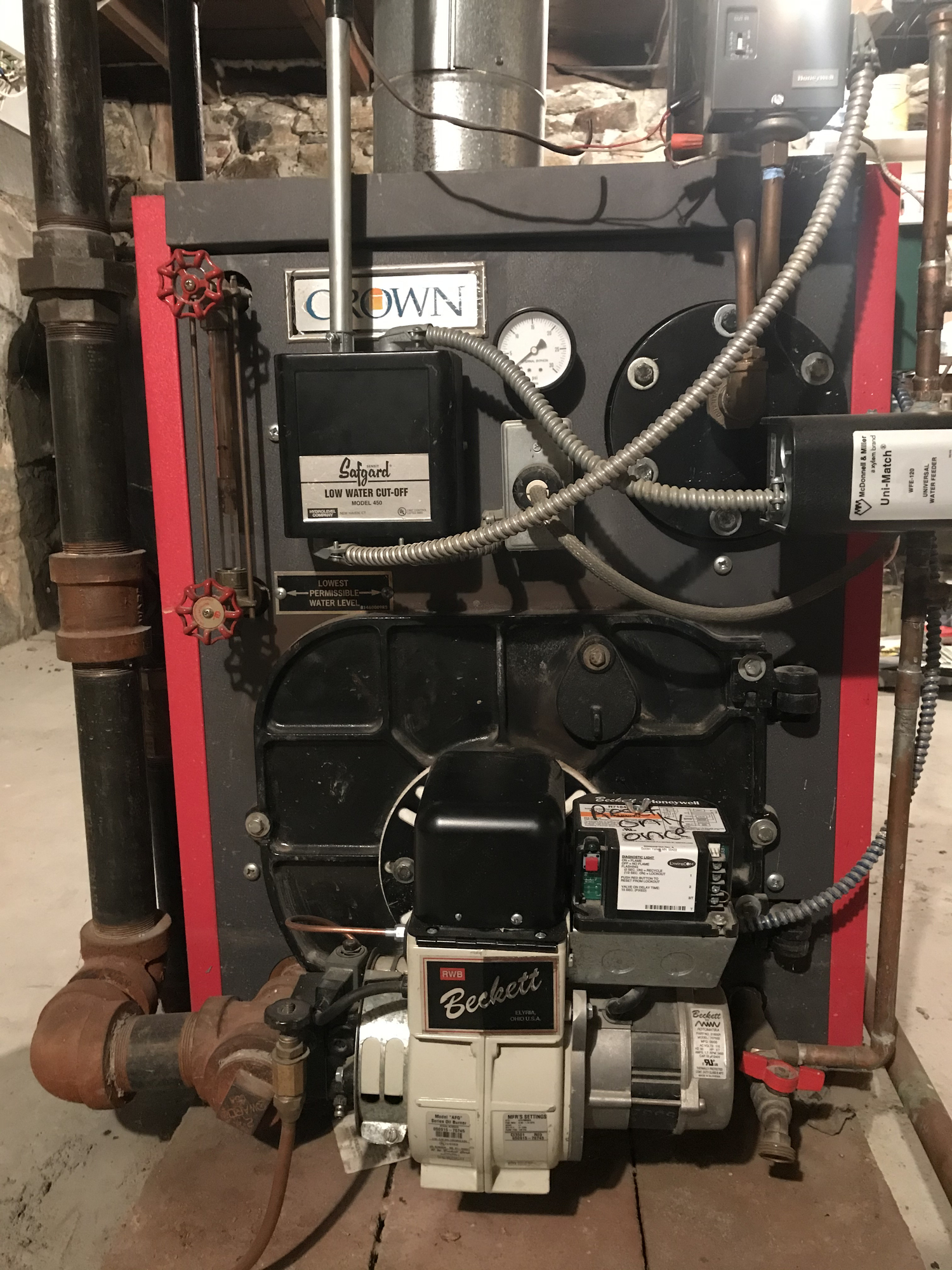 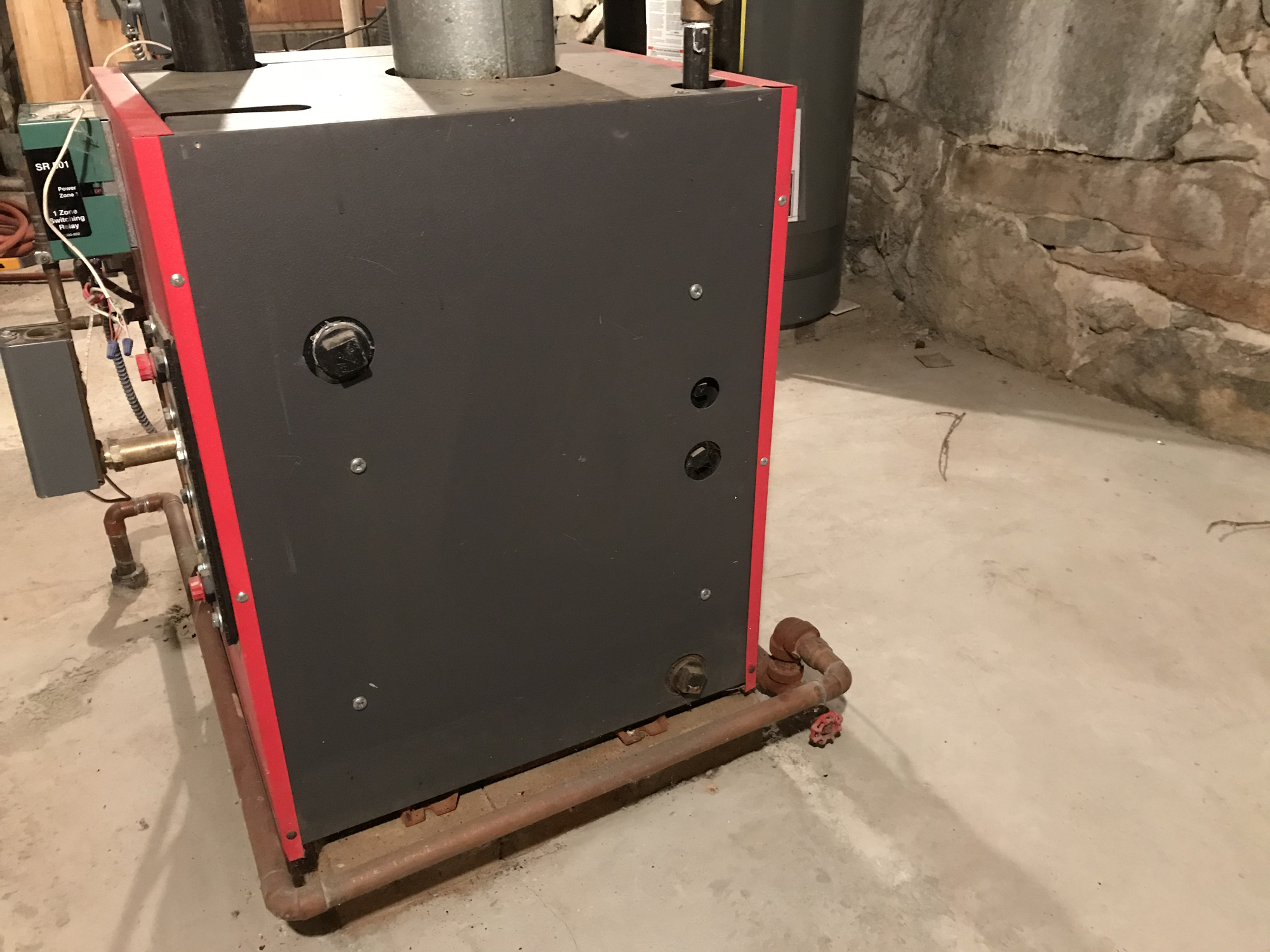 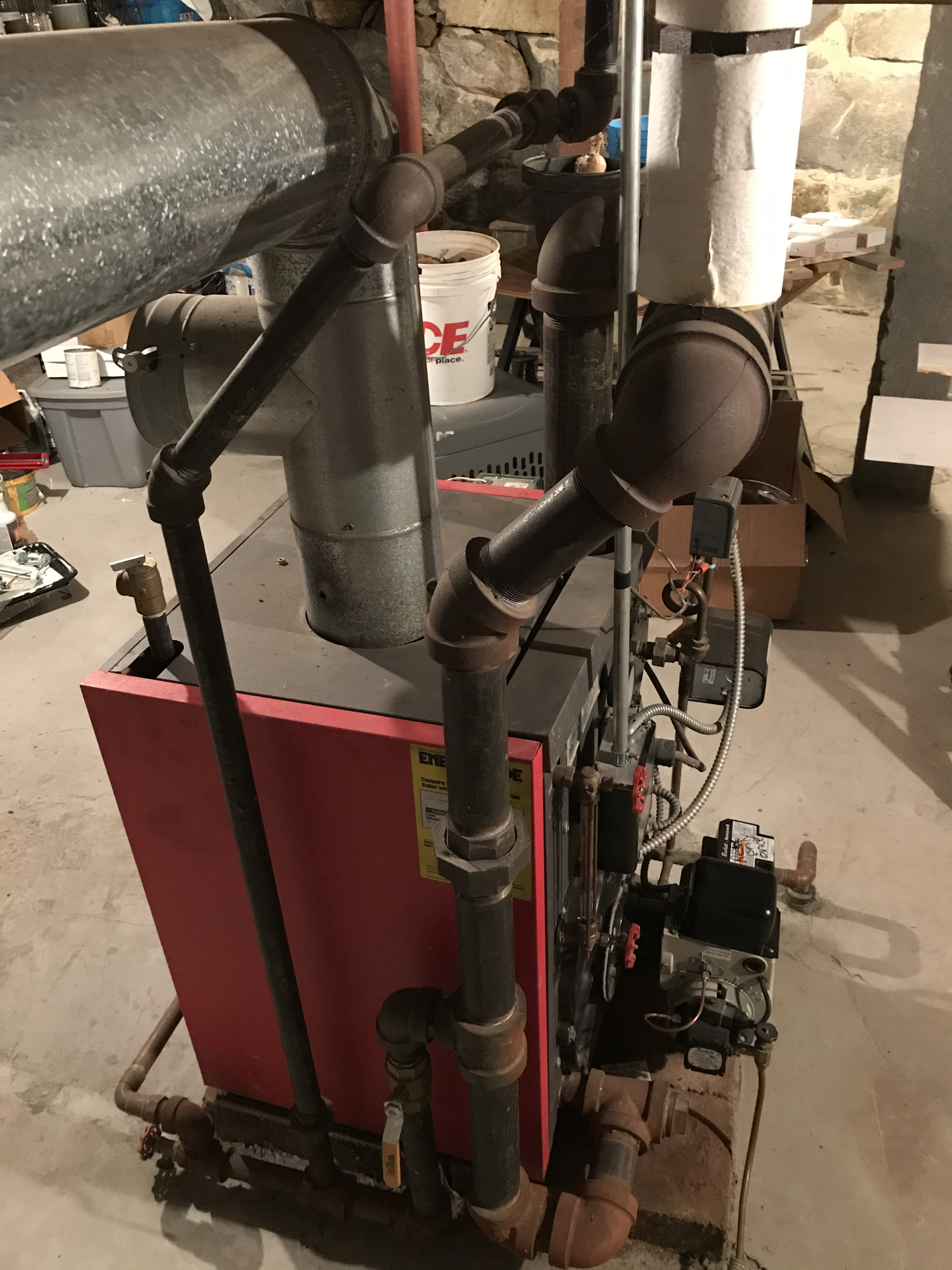