Skyline Member Posts: 42
September 4 in THE MAIN WALL
As someone, whose boiler literally got burned by power surges, I made some changes to the old boiler's power: 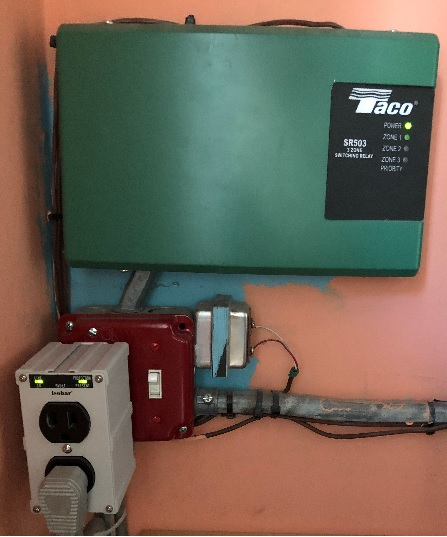 This solution has been working just fine, also added one for my daughter's Navien Boiler.

For my wall mounted boiler, I am considering adding a UPS that has built-in surge protector, effectively removing the Isobar surge protector. My house does have a standby generator backup, but still would want to add a UPS.

I don't see any reason why this would be against building codes and/or manufacturers warranty. Does anyone can confirm and/or contradict this statement?

There are number images posted on this site for completed boiler project, but yet to see one that have have surge protector. Not seeing it does not meant that there's none, people could have the surge protector in the breaker panel, somewhere along the line, whole house protection, etc.

Boiler controls are computerized and they are just as sensitive to fluctuating power and/or surges, than any other computers. The last time my house had the surge, it costed me six to seven hundred bucks; including all the surge protector strips that burned up, but protected the computers and the TV.

Two hundred bucks of surge protector seem like a bargain for the boiler...