pabadear Member Posts: 21
March 16 edited March 16 in THE MAIN WALL
Hello everyone, my name is Peter. Owner of a house for about 3 years and have been running into an issue that I believe is from the boiler system which is approx. 15 years old. This happens very frequently at approx. 11am. I'll be home, just minding my own business when suddenly the entire house literally vibrates, it shakes. Almost like a car just ran through the first floor. I'm always in the family room which is directly above the basement, most importantly, the utility room where the boiler and water heater are located. Since I have a day job, I never noticed how frequently this occurs - the random times I was home during the weekday it was a 50/50 chance it happens and almost never occurs during the weekend. As of last Friday, I started working remotely from home and sure enough, around 11am it happened. It lasted maybe 1-2 seconds, if that. I ran immediately downstairs but nothing stood out. No leaks from the expansion tank, pump is running, both zones in the house are properly working , etc. I don't know the system too well but have been learning as I go. When I told my wife about this later in the day, she said that happened almost every day when she was on maternity leave for 5 months back in 2019.

What should I be looking for when this occurs again? I've had PSEG (my utility company) come out to service the system several times for different component replacements and every time I mention this issue to them, they don't think anything of it but I know if they witness it first hand, they'll think otherwise. I have a 1-year old now and this is starting to bug me - if it's a potential fire hazard I don't want to ignore it but how do I confirm that there is an issue if the techs that come out don't see it being a big deal? This just can't be normal. Any help is appreciated. 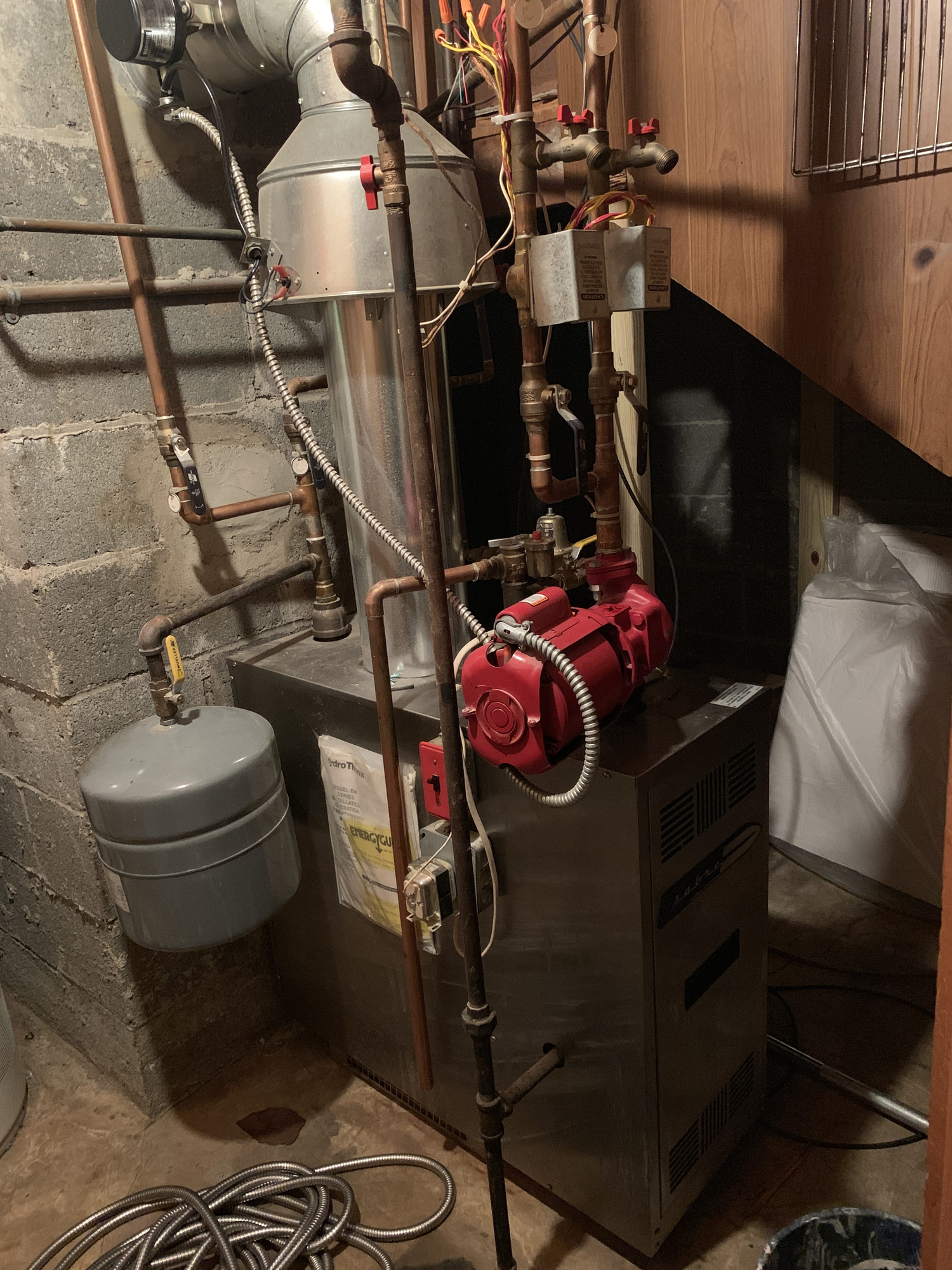