Pressuretrol setting with over capacity boiler

SteamingatMohawk Member Posts: 226
January 25 in Strictly Steam
I have Smith boiler with at 133000 BTU/HR capacity and total radiator ratings add to about 79000 BTU/HR. Some of the original radiators are no longer installed, hence the mismatch. MY boiler cycles on the pressuretrol at 2psig cut-out, 0.5psig cut-in. It seems to me I could reduce the cut-out to 1.5 psi (1.0 psi differential) and save some money. 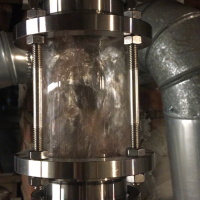