Hap_Hazzard Member Posts: 2,263
January 8 in Strictly Steam
These are some wrenches I've collected over the years that have come in very handy when your basic Stillson wrench doesn't quite do the trick. 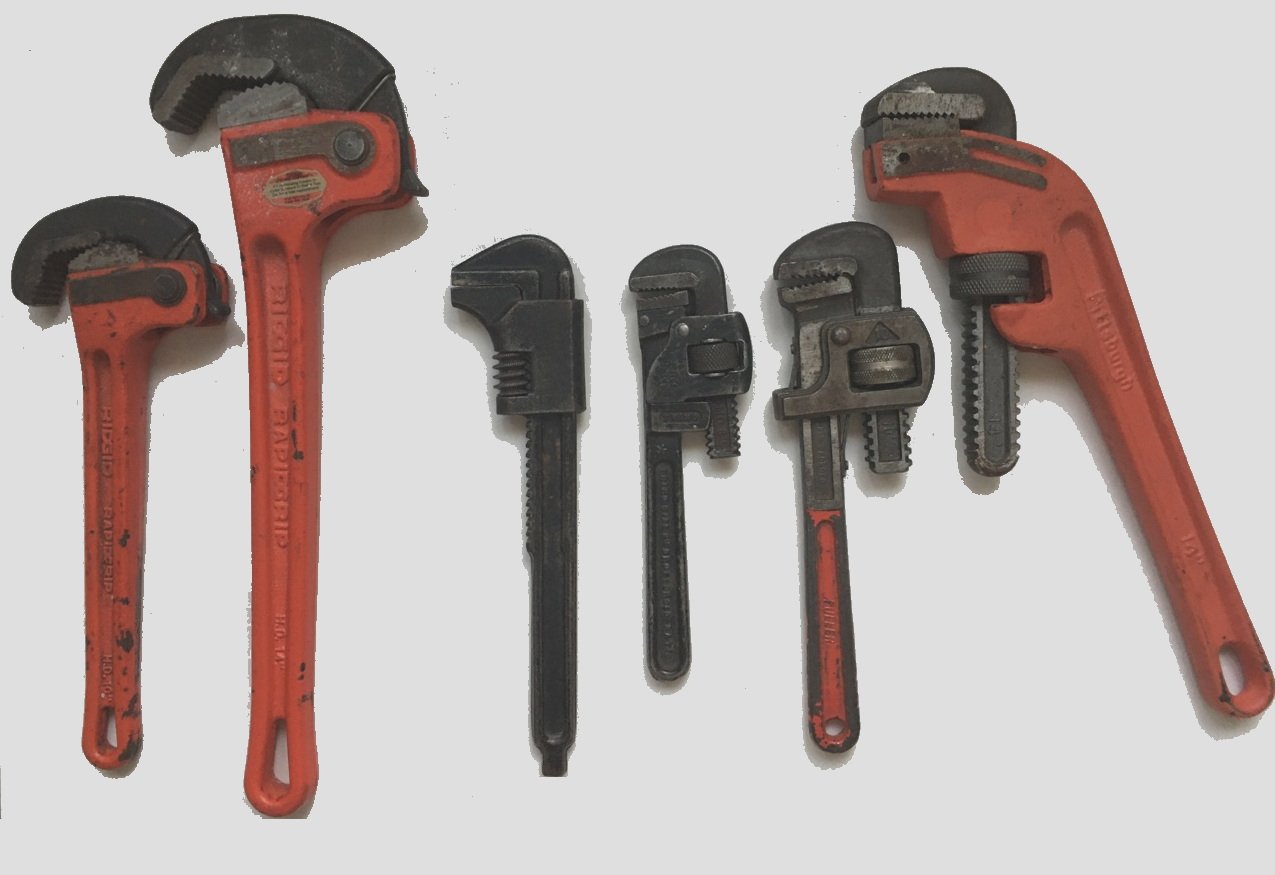 The first two are called "Rapid Grip" wrenches, from Ridge Tools. They are very handy for grabbing pipes you can barely reach with one hand. Once you latch on, you can use it like a ratchet. The drawback is that it's a little more prone to crushing pipes than a Stillson wrench.

The next wrench is a Ford wrench. These originally came with the roll-up tool kits that came with Ford Model Ts and Model As. This one is from a Model A because it has a square key at the end of the handle for the oil drain plug. Ford doesn't sell these anymore, but they turn up at flea markets now and then, and similar wrenches are still in production. I use this for unions, radiator valves and similar fittings where I need a large jaw capacity in a tight space. The jaws open wider than my biggest crescent wrench, yet the short handle and compact head allow me to use it where a big crescent wrench won't fit.

The next two are just small Stillson wrenches. Small, but mighty, they get the job done in tight spaces.

The last one is an offset Stillson wrench. Ever had one of those situations where you couldn't get a good grip on something and still move the handle? That's where you need one of these.

What are some of your special friends?
Just another DIYer | King of Prussia, PA