Precaud Member Posts: 316
December 2019 edited December 2019 in Strictly Steam
First let me say thanks to the contributors on this website, which has come in very handy the last few days as I troubleshooted and repaired this old boiler. Many a google search landed me here. I have numerous questions but we'll start with these two. 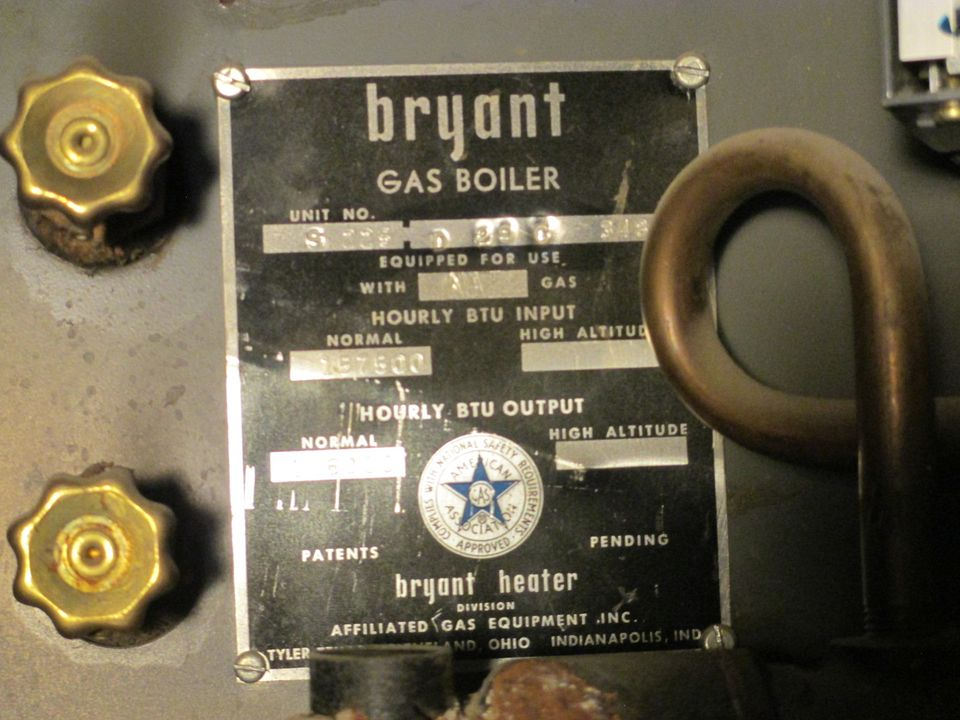 2. This heater came with the house when I bought it in 1990, and was the sole heat source until 2006, when it starting acting up. A local heating specialist inspected it and said "it's old, replace it". I believed him, shut it down, and used that opportunity to build and install two large passive solar heaters, with woodstove backup. The solar/wood system has worked remarkably well, but it is not automated and has to be attended to every day. I'm getting on in years and decided the woodstoves are too much hassle now, and it's time to revive the steam boiler to cover the evenings and for backup duty. Two days of troubleshooting, repair, and adjustment and the Bryant is up and running great again.

So my question has to do with duty cycle. On a "cloudy day", the Bryant will cover 100% of the heating load (which it was desgned to do) and it does so comfortably. On "sunny days", it will start at 5-6am, and operate until 9am when the solar heaters take over, until 4pm or so. Then the boiler takes over again from 6-6:30pm until bedtime, when the tstat is turned down for sleeping.

So in the "sunny day" regime, the boiler has two 3-4 hour stints on with 8 hours off in between. I hunch that this is not an ideal way to operate this beast. Will there be predictable consequences for doing so?
1950's Bryant boiler in a 1-pipe steam system at 7,000 ft in northern NM, where basements are rare.
0 · Share on Google+
«12345»