krogan Member Posts: 3
February 2019 in Radiant Heating
Hello all. I recently (6 months ago) undertook the task of installing a radiant floor system in our small, 850 sq ft house. We're located in the SF bay area, so lows barely hit 32 F at night, and more often they're in the 40s. I bought the vast majority of the system through radiantec.com, basing the design off of their "open direct" system (let's leave the debate on open vs closed systems for another time). Some key specs are:

1 zone with 5 circuits of 1/2" PEX (w/ O2 barrier) varying between 215' and 250' in length
1 Grundfos circulating pump (UPS15-35SFC). Running on high it hits 2.3 gpm
American (Takagi) 8 gpm condensing tankless indoor water heater (GT-340)
Water outlet temp set at 130 F (typical return temps are around 120-125 F)
Staple up retrofit with:
-16" joist spacing
-2 pipes per joist bay
-aluminum heat spreading fins (foil type, not the thick click-in type) stapled to subfloor covering ~80% of the PEX
-another layer of aluminum backed paper an inch or two below the subfloor
-R15 Rockwool ComfortBatt insulation under that
-a vented crawlspace
-we have two layers of flooring - laminate on top of the original hardwood throughout the house
-thermostat is a Nest using their radiant heating mode (it plans for 2-3 hour heat up cycles)

The problem: Despite living in a relatively warm climate, we struggle to get acceptable performance out of the system. I've never managed to get the interior temp above 68 F if the daytime isn't a full sun day. If we start cold the system will run all day and maybe not even pass 66 F. The floor temps (using a laser thermometer gun) max out at 74 F in a few spots. Most are at around 68/69 F. Some spots are around 65 F, but I think that's due to my layout in the bathroom not having space for multiple bays and being close to a crawlspace vent.

I've flushed the system multiple times with the hope that it was air causing the poor performance. I do that by running all hot water taps in the house (with the water heater off) through one circuit at a time for at least 10 minutes each. That showed no considerable difference. 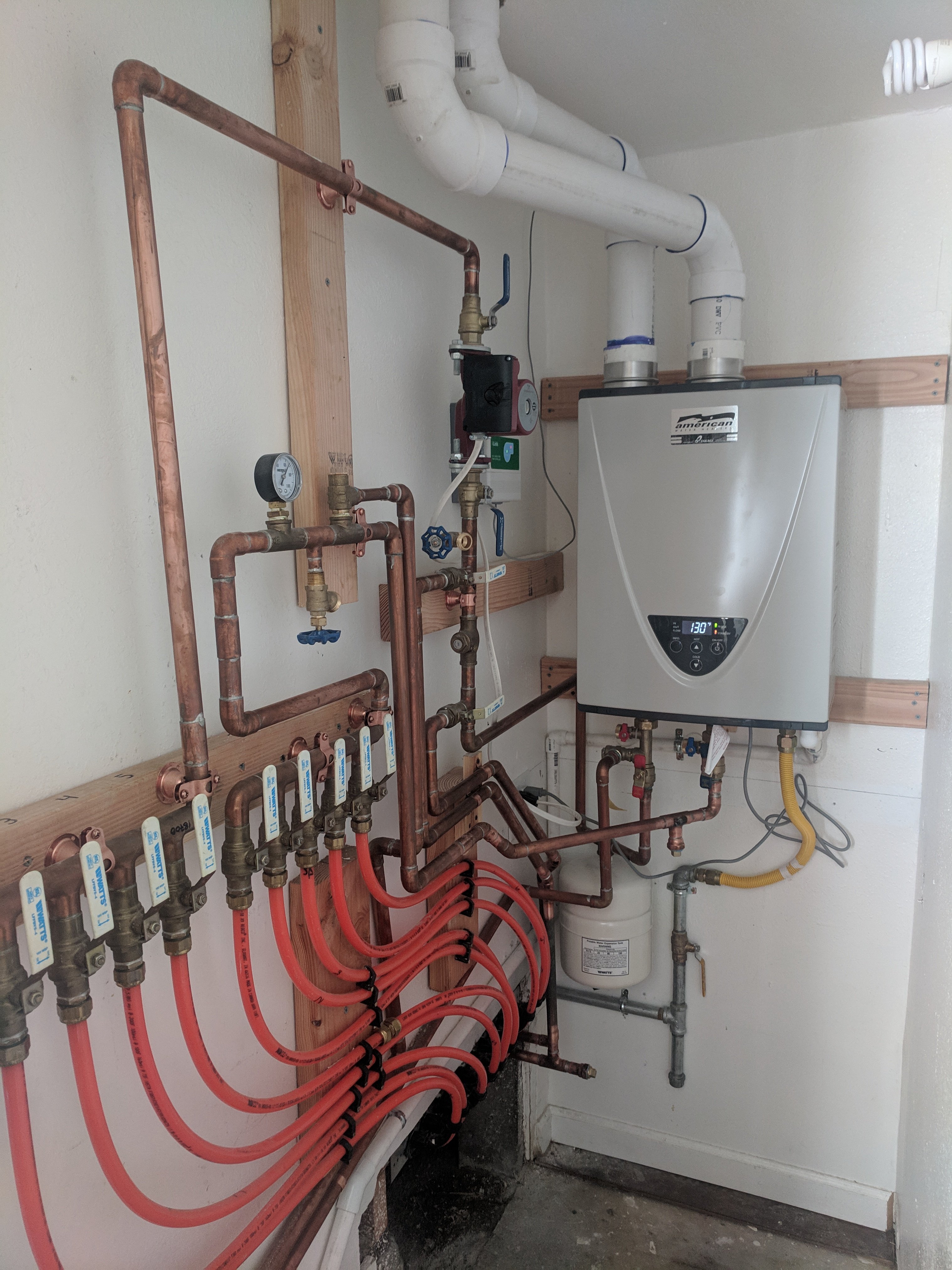