jtor1134 Member Posts: 27
September 2018 in Strictly Steam
In addition to dealing with a leaky valve I know I need to do some sort of maintenance on my boiler before I fire it back up this weekend. Some background info, I moved into this house last December, and the boiler worked flawlessly all winter. I did flush it a couple of times to get some of the sediment out, because I don't know when it was last serviced. Once the summer came I made sure it was full, closed the valve to the automatic feeder, shut the switch off and turned off the gas supply.

Now the summer's over and I'm ready to bring it back into service. Aside from maybe changing the water in it again (I was manually filling it while draining it into a bucket) what else am I supposed to do before lighting the pilot light? Here are some pics of the boiler itself.

It seems it was serviced by the gas company according to the sticker some years back, which brings me to another question. What exactly do they do during a "tune up" or "pm check"? 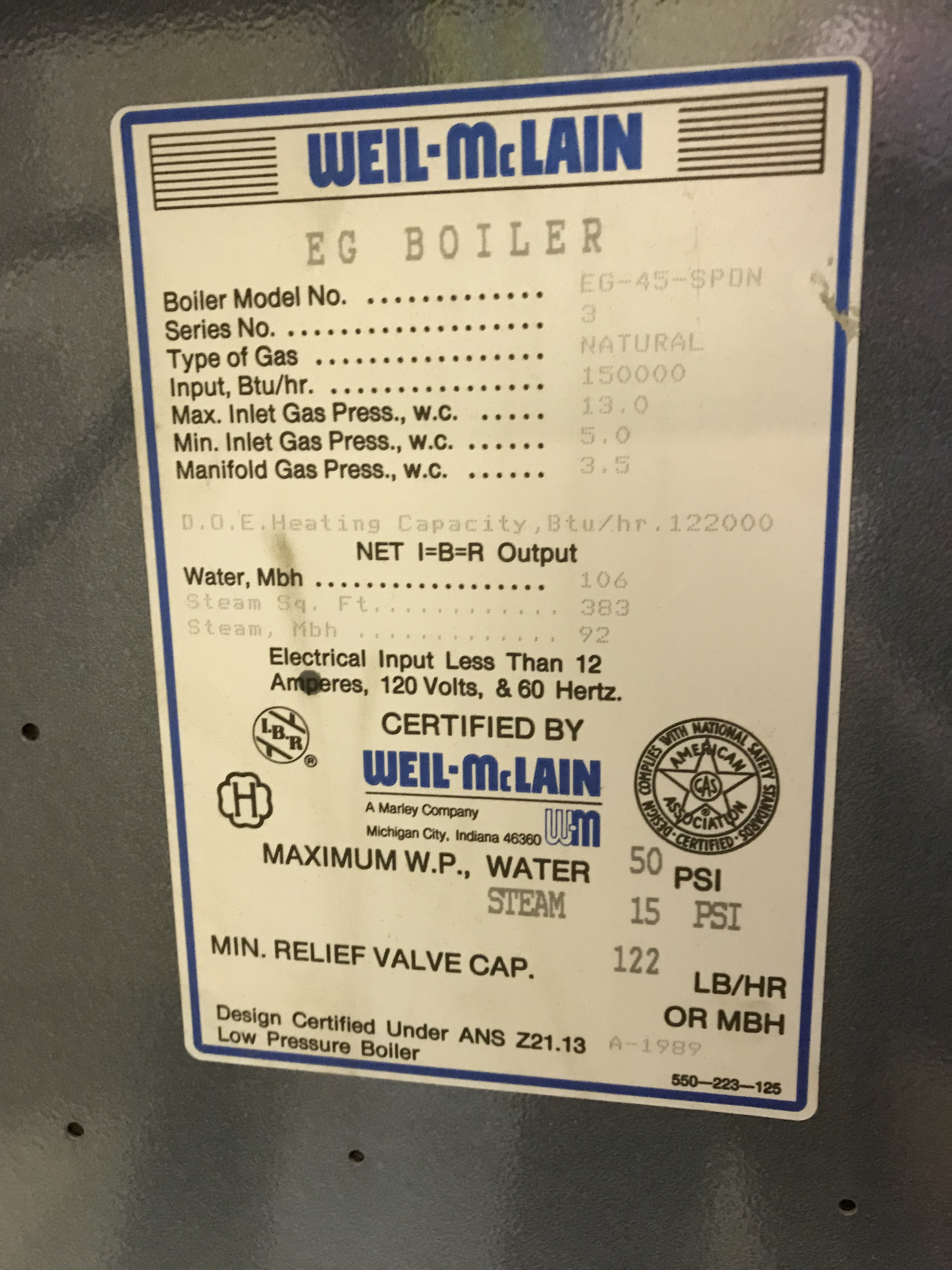 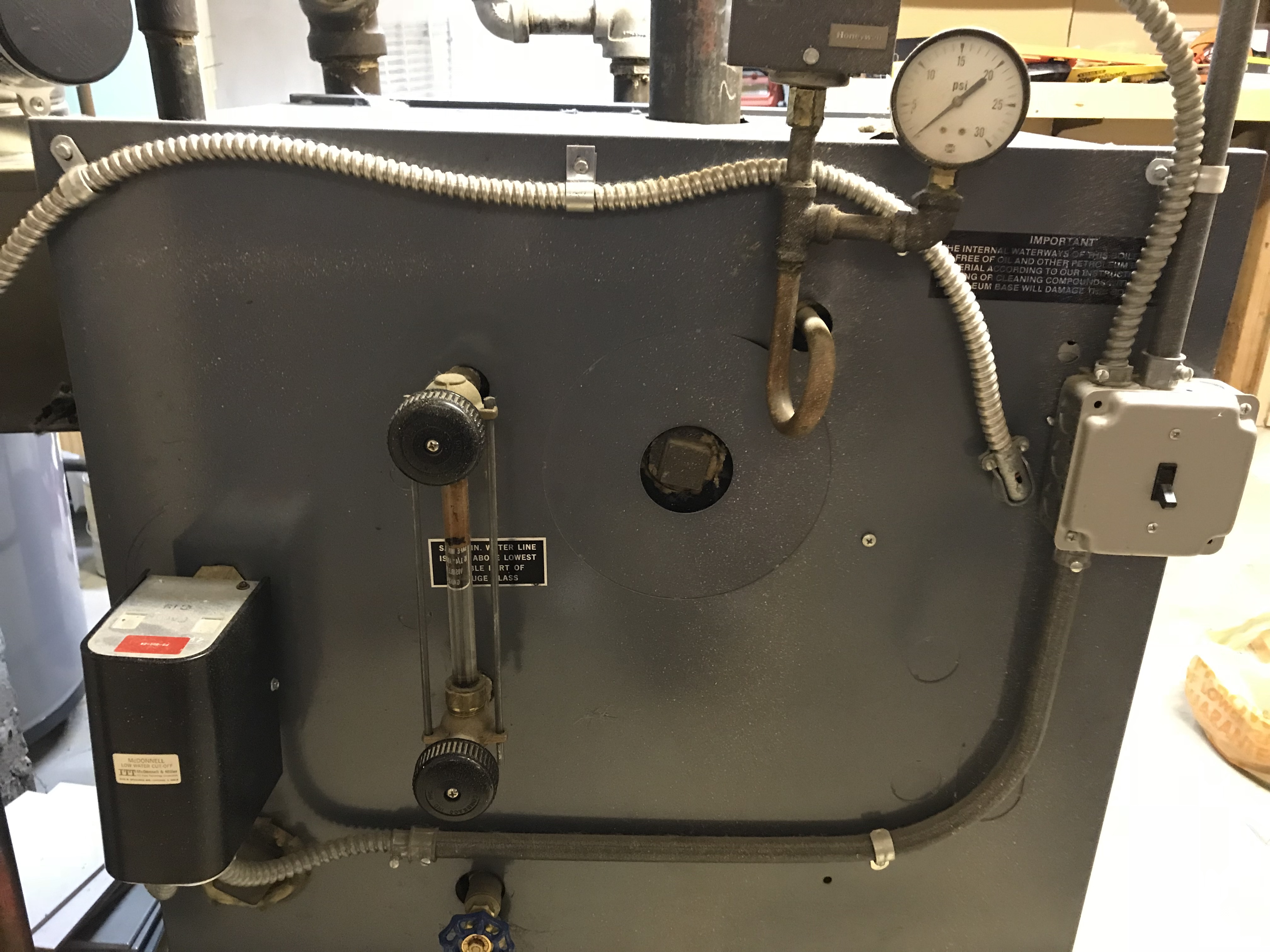 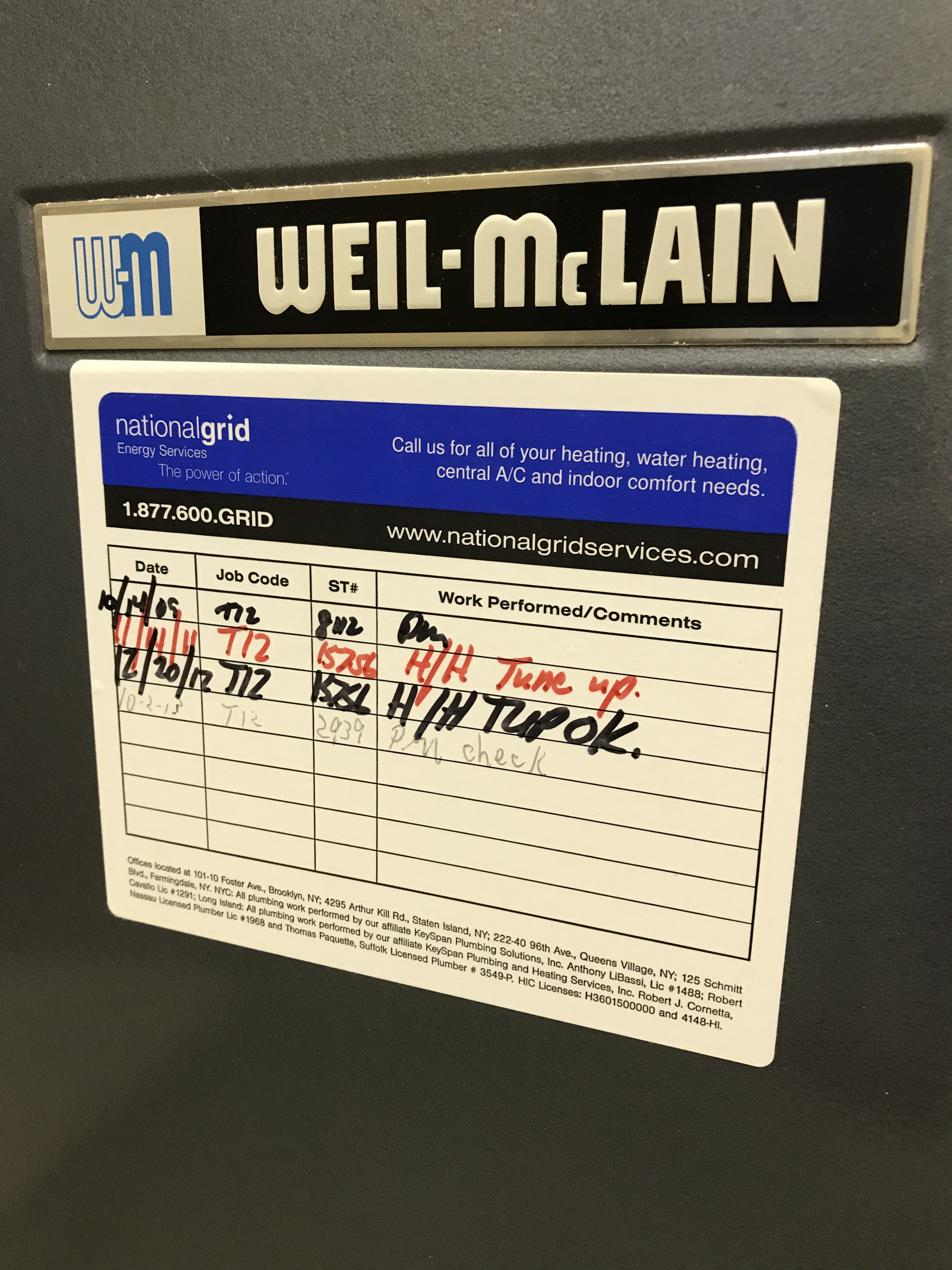 Also another question. This boiler is from 1989 I think? How long can I reasonably expect it to last? I know it's going to cost a fortune to replace, and I'd like to at least prepare for the eventuality.