mottywalter Member Posts: 4
May 2018 in THE MAIN WALL
HI if someone can help with the calc. of btu output of copper pipe & stainless steal pipe i am trying to make a heat exchanger for a pool with a coil running inside boiler water the pool need to be heated to 104 deg. boiler water awt is 170 image 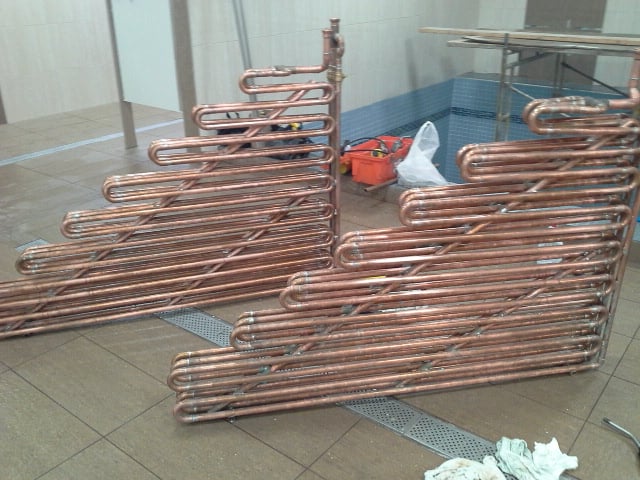