Hoping to get some opinions, and do some learning.
Mainly hoping @captainco and @Tim McElwain will chime in as well.

I've got a Weber 3 burner grill that doesn't seem to cook evenly and I'm thinking it may just be the nature of the beast.

Mine came setup for natural gas from the factory, which appears to just mean it has no regulator, and the jets are sized at #53 for each burner. The rating is 7" input and 35,000 BTU/H total.

My system is running at 6 to 6.5" WC, which according to the charts is still plenty for a #53 jet on these size burners.

Below is a drawing of the 3 burner tubes which are hollow with holes cut on one side of each tube for the flame. There's an air inlet with a shutter and a fine mesh screen a the inlet of each tube where the jet enters. On the right side there's a small crossover tube connected between the two outer burners used to light the burners. It fits loosely into a hole in each burner and the center burner simply slides into a bracket on it, no actual connection for fuel. 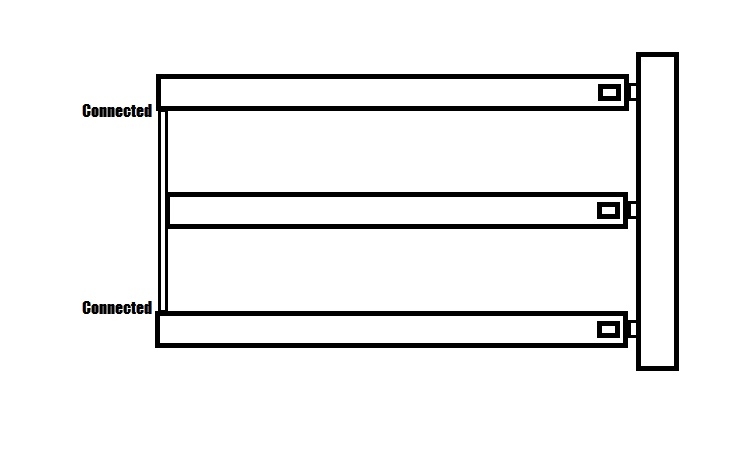 The issue is, for some reason the left side of the grill cooks much hotter than the right side and I don't think it's just because of the small crossover tube. I just replaced the burner tubes and checked the jets. The overall even-ness of the heat hasn't really changed so I'm assuming it's the nature of the beast. It's been this way since I bought it in 2012.

That said, what is the cause of this? Does the inlet side of the burners put out less fuel by nature, similar to forced air ductwork at higher velocities having greater pressure near the ends?

Does it suggest the jets are too small, too large? Neither?

Is there any way to improve this? I've considered buying larger jets and installing an appliance regulator to run at 3.5" , but I don't know if it would have any effect on this or not.

I'm mainly just curious why this is, being the burner tubes appear to be made the same all the way across I don't see why one side would burn hotter than the other. It's also odd the side furthest from the fuel source is the hottest. Or, perhaps this is to be expected?