ChrisJ Member Posts: 11,976
April 2017 in A-C, Heat Pumps & Refrigeration
I just want to run this up the flag pole before actually doing it.

I'm thinking I want pitch on the 7/8" suction line to ensure good oil return, but at the same time I'm worried this could cause slugging on start up, from either refrigerant, or perhaps even oil rolling down the line. 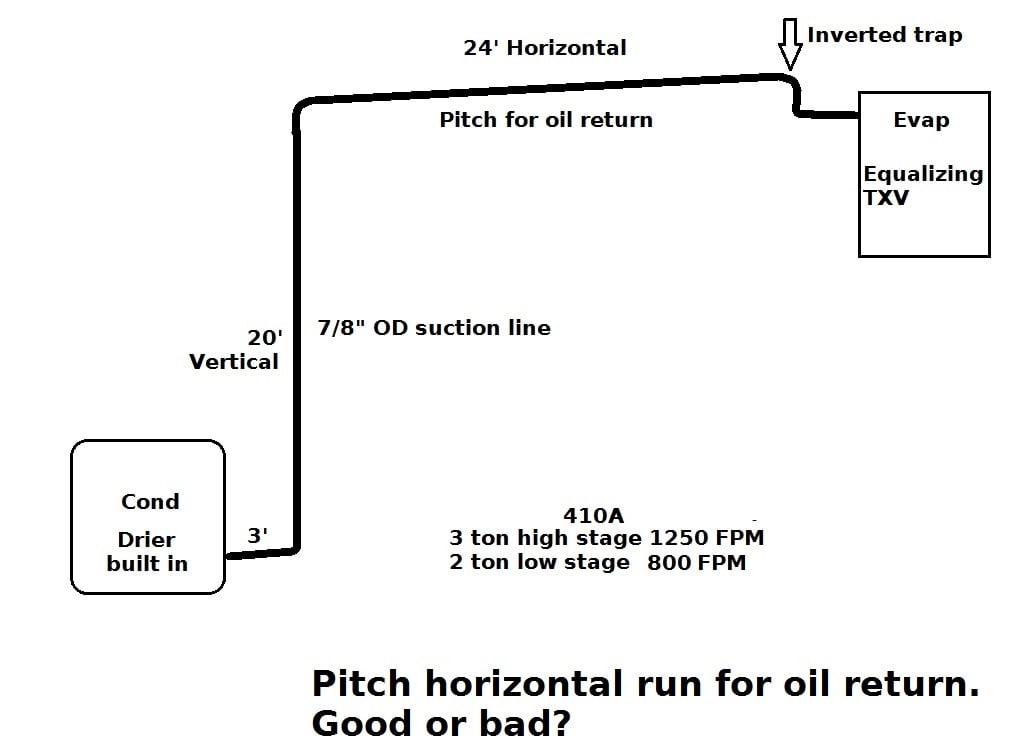