fentonc Member Posts: 103
May 7 in THE MAIN WALL
I'm just an enthusiastic home owner, but I set about trying to understand and characterize the heating system in my house this winter. Here is a picture of the boiler, near-boiler piping and the 'boilertron' monitoring system I built (I realize the loose wires from the boilertron aren't great, but they're meant to be temporary and easy to remove) 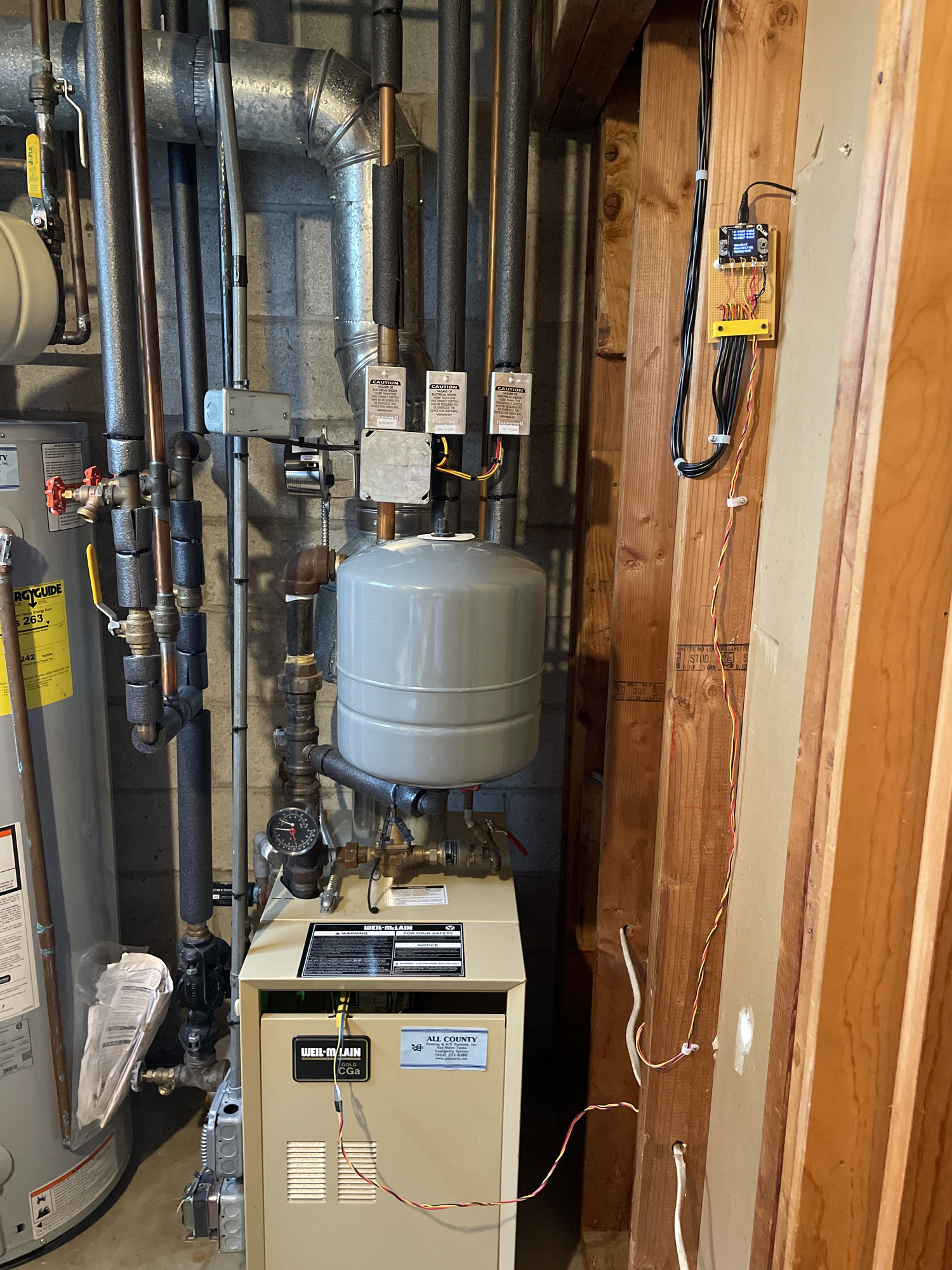 The footprint of the house is about 820 ft^2, no attic, built in 1987. The zones have the following radiation: The bedrooms get way too hot, so I lowered the water temp to 160F to try to improve comfort (the lowest I felt comfortable with given it's a non-condensing boiler, and the aquastat lets it drop to 140F before kicking the burner back on). I built a monitoring setup I called the "Boilertron" which monitored the supply/return water temperatures for all 3 zones, along with the 'circulate' and 'burn' status LEDs on the boiler controller, logging every heating cycle (also tied into a weather monitor to get outdoor temperature) all season, and also allowed me to do some high-resolution monitoring of individual heating cycles.

High-level summary of data from this heating season (November - April): The average burn time turns out to be somewhat misleading, as a histogram of individual burn times across the whole season shows what I believe is called 'short-cycling', with the vast majority of burns being 85-90 seconds long.

A typical cycle begins with one long-ish burn until the aquastat hits the 160F high-limit, followed by just the circulator running for several minutes until the boiler hits 140F, and then an 80-90s burn to raise the temp back to 160F, repeating until all zones stop calling for heat.

Here is the basement (smallest) zone calling for heat from cold-start: 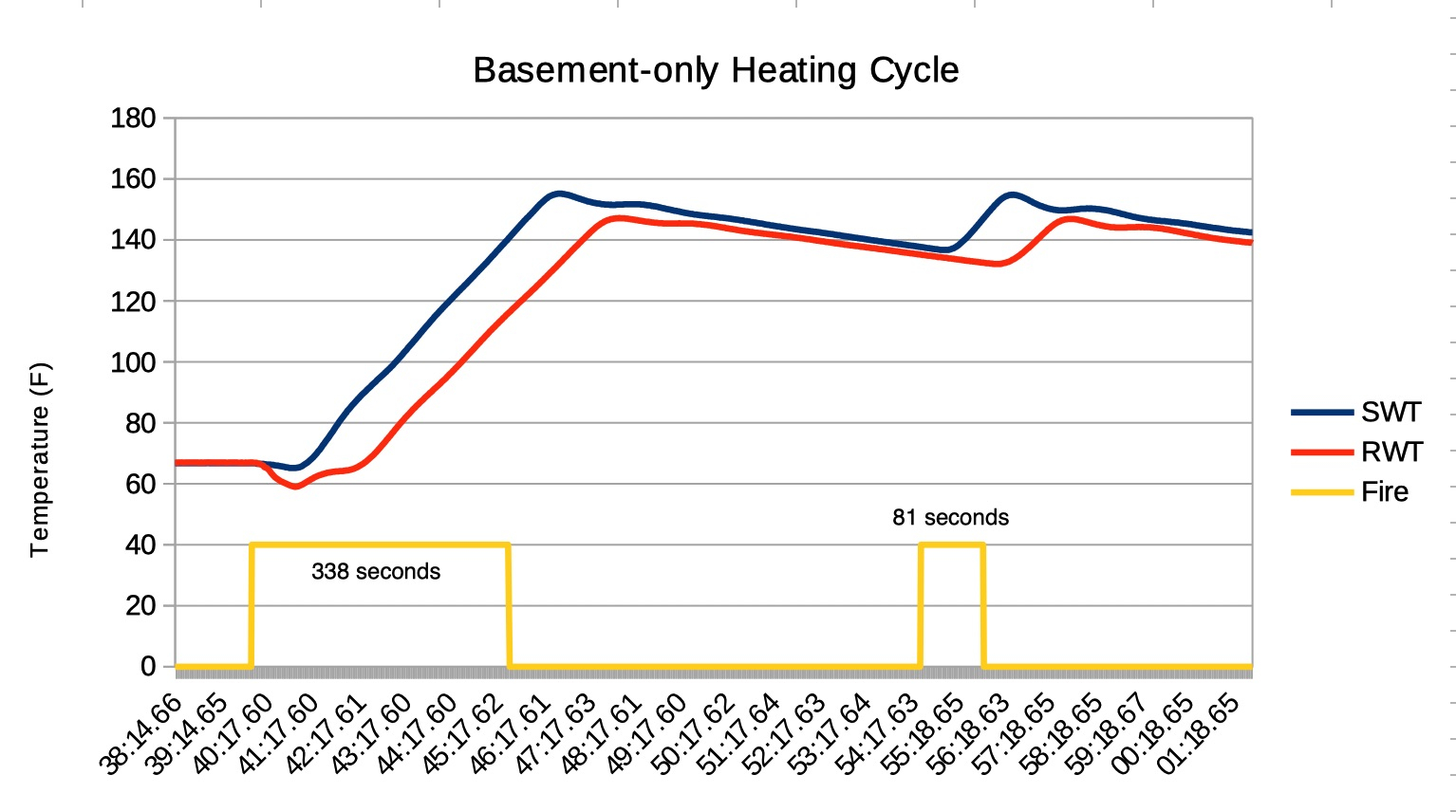 And here is all three zones calling for heat starting at the same time: 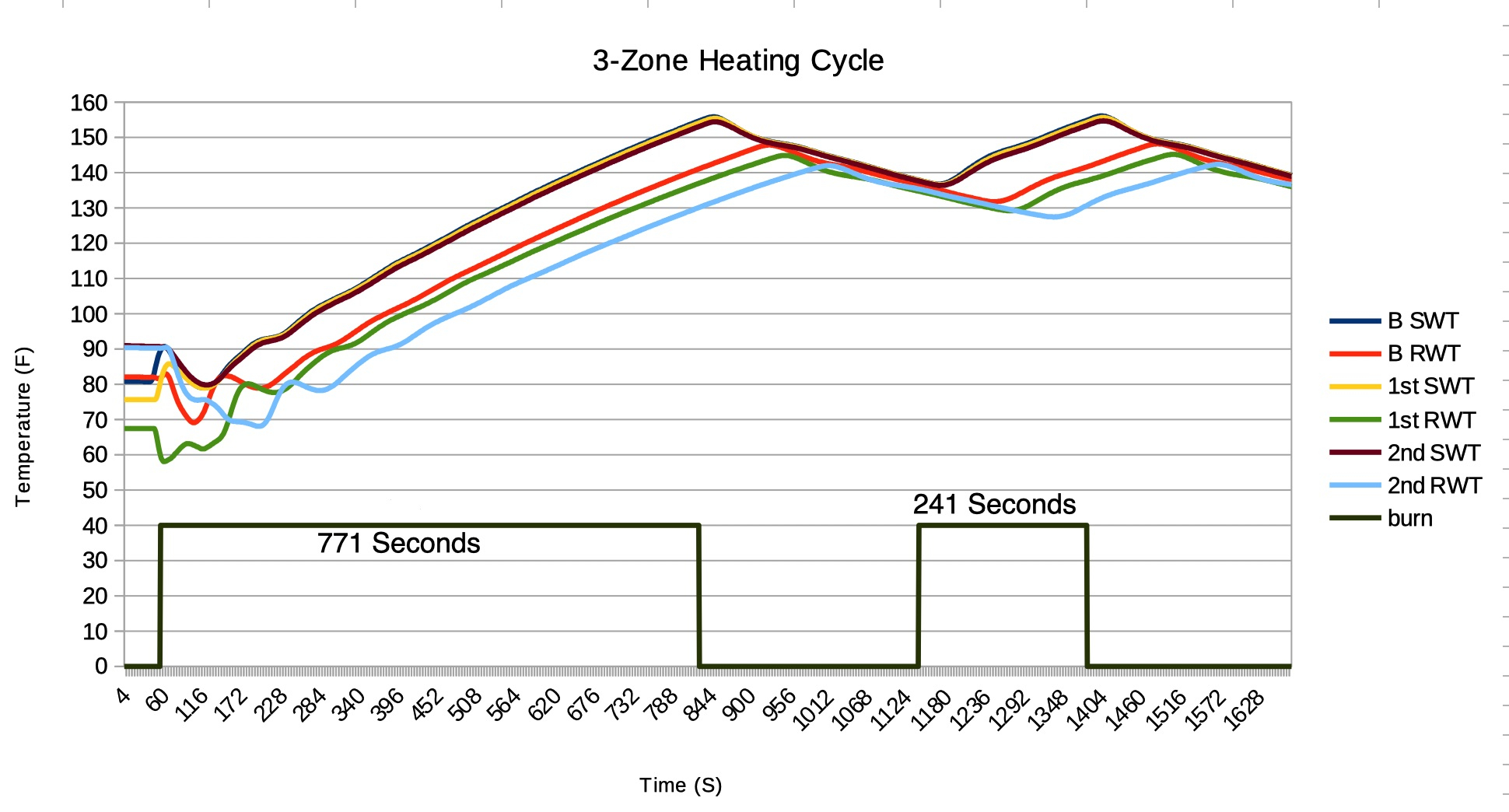 Measuring based on 'peak to peak' temperatures from the supply/return lines, it looks like I get the following delta-T values for each zone: And finally, I was able to make a nice heat loss chart: 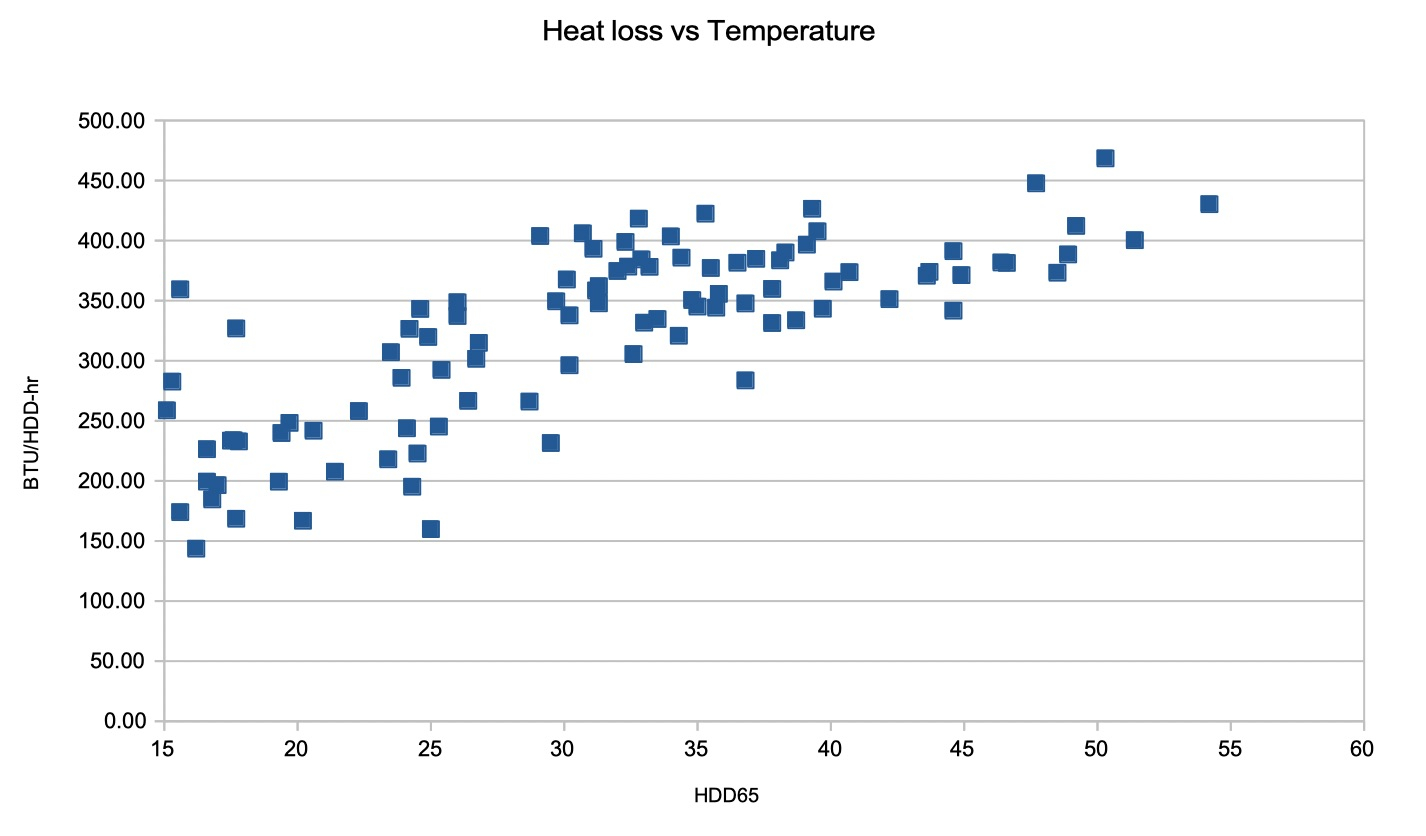 I think my biggest takeaway is just that my boiler is way too big. I've been reading through the Idronics series, and I did notice the following: But I don't know if those are worth doing anything about.

Comments/thoughts/critiques/suggestions welcome - I was mostly interested in understanding how it worked, characterizing it and seeing if there were any obvious improvements that could be made. It turns out hydronic heating is super interesting! Our main complaint is that there is too much baseboard in the two smaller upstairs bedrooms, so they get much warmer than the larger bedroom that contains the thermostat, and the larger bedroom has enough baseboard to make it uncomfortably warm whenever the heat is running. 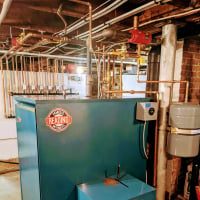