mpdb2 Member Posts: 25
June 2020 in Gas Heating
I have two heating loops running through my house beam. One loop serves the first floor zone, the other the second floor zone. Mono flow tees serve radiators off each loop. The pipes are in the way because I need to reinforce the house beam. My plan is to use 45 degree elbows, not 90s, to raise both loops approx. 12 inches above the beam . All of the mono flow tees will remain at the original (lower) elevation, none will be in the raised areas. Attached is a photo showing where the loops run through the house beam.

Here are my questions:

Are there any concerns with running the loops above the beam, then back down? - does this have the potential to trap air?

Are there rules of thumb for how far I need to keep the elbows away from the mono flow tees? 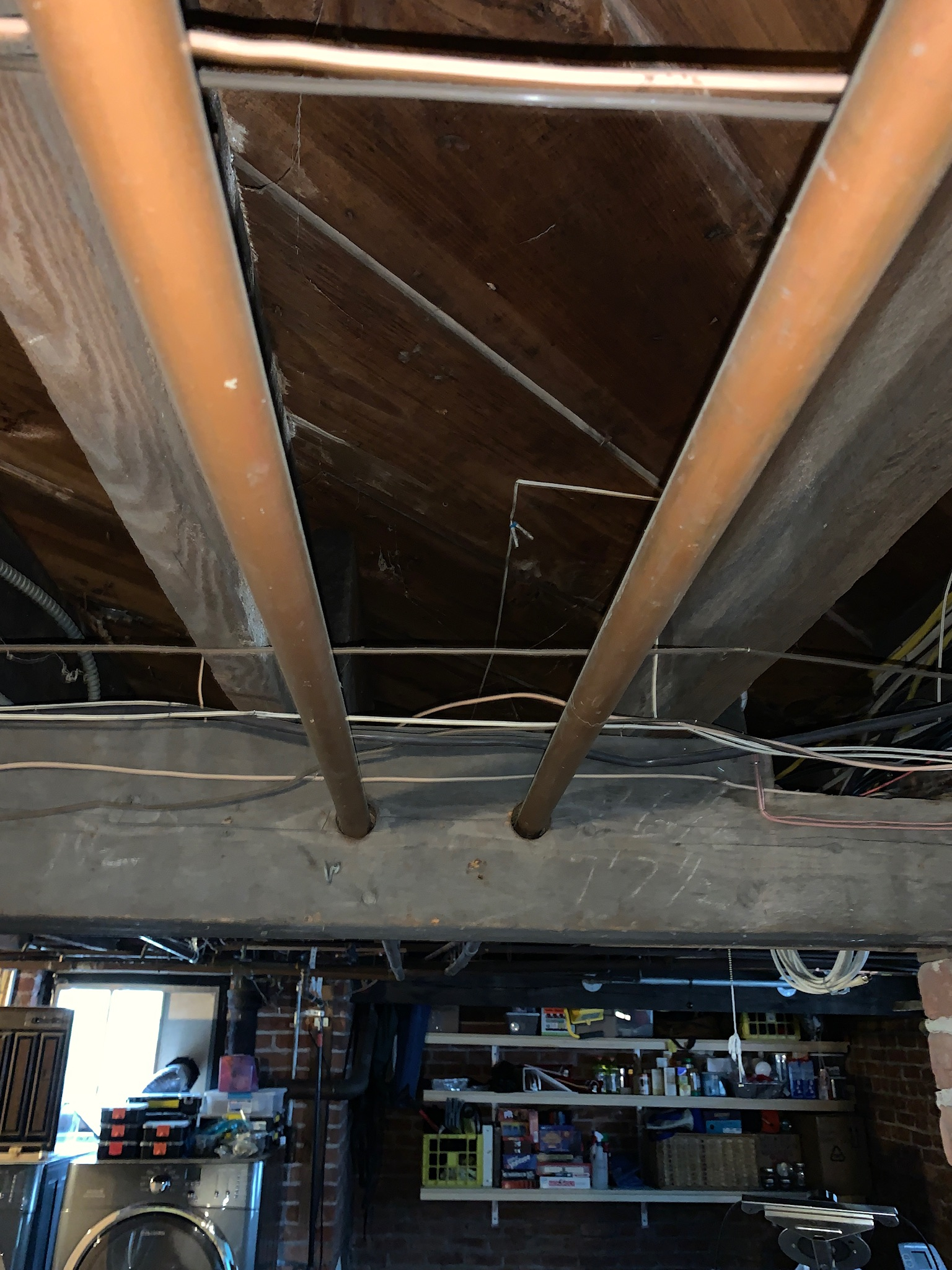