I have posted about this system before. The time has come to sell the family place and deal with the 1986 Peerless JO series as the oil tank has developed a case of incontinence. Recently, a gas generator was installed, so we now have gas on the property. Converting the system to gas (new boiler, plumbing, controls, flue, and labor) would easily run beyond $15,000 even with rebates offered. (Massachusetts offers rebates of up to $3000 for boilers up to 96% AFUE if I'm correct). That kind of cost doesn't make sense for selling the house. As such, I am considering a power gas burner conversion for this boiler. The thinking is that buyers would see the oil tank removed from the basement with the opportunity of upgrading the boiler easily in the future. Some questions:

The Peerless JO/JOT series is known for being a tight boiler. We have had issues with clogging and our trusty tech has had to break out the saw to clean the sections. Would the tightness of the heat exchanger pose an issue for a gas burner in any way?

What considerations have to be taken with the flue? It looks like we would need a special MG-1 type damper with a spill switch. Is a costly lining installation required? The flue is in pretty good shape.

Could this boiler support a sixth zone for a sidearm tank? We can't keep the two burner arrangement as is seen in the photo - it makes no sense. I don't know what the boiler's rated for but it doesn't look super deep. House is roughly 3,000 sqft. 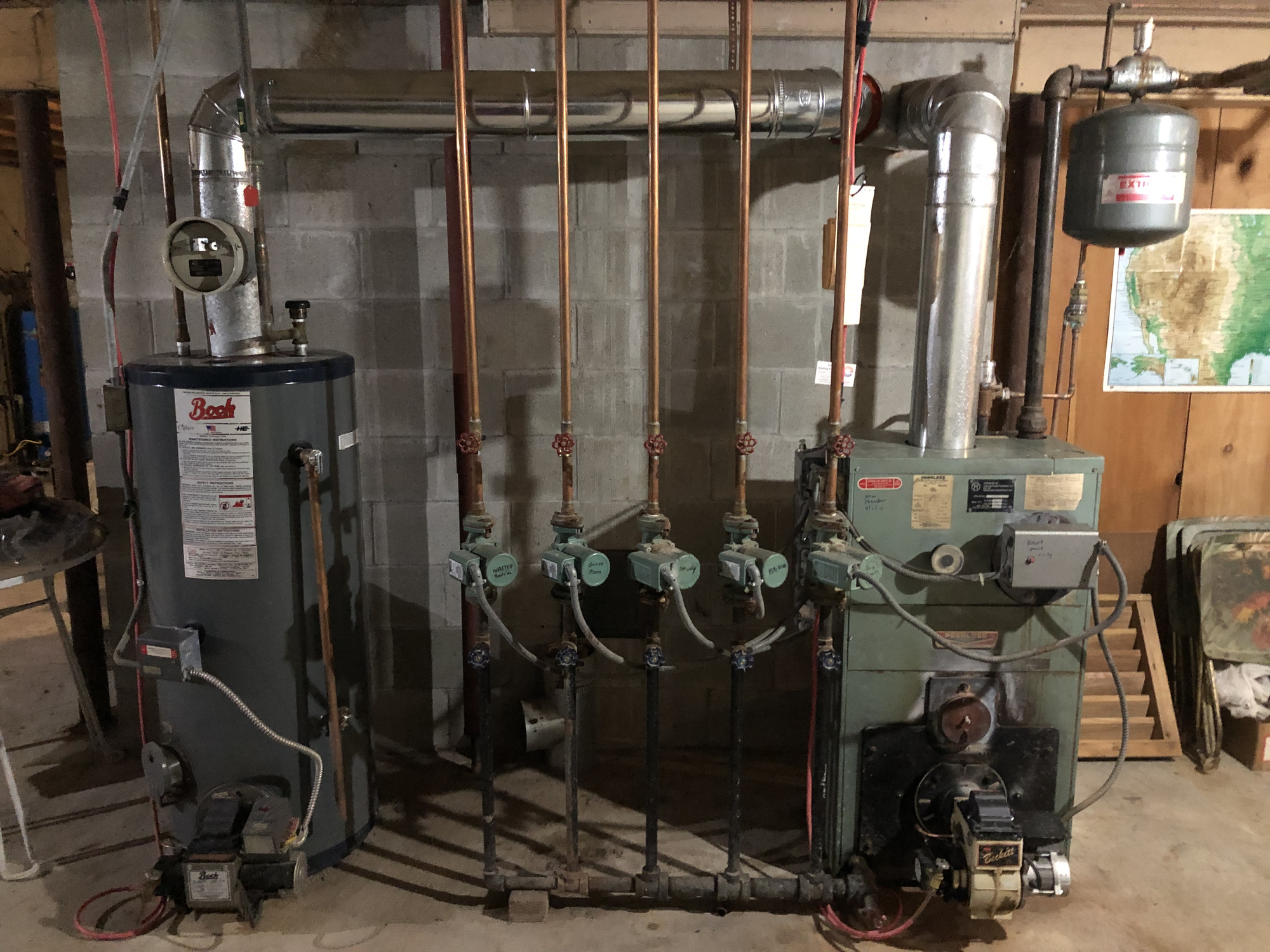