What did you learn at Wetstock? (And event photos!)

Erin Holohan Haskell Member, Moderator, Administrator Posts: 1,306
September 2019 edited September 2019 in THE MAIN WALL
We had an amazing time learning from one another at Wetstock 2019 surrounded by the remarkable history of The General Society of Mechanics & Tradesmen. We especially enjoyed @DanHolohan's mechanical room tours and @Larry Weingarten's antique water heater exhibit.

Thank you to all who attended and to our sponsors (SupplyHouse.com, Taco Comfort Solutions, and Tunstall Corporation).

Here are photos from Wetstock 2019.

(Many thanks to Scott of Chris Jorda Photography for taking these beautiful photos.)

We'd love to hear more about what you learned at Wetstock. Please share it below. 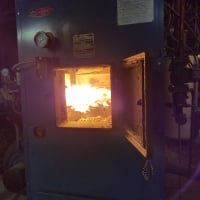