What Is Going On Here?

New England SteamWorks Member Posts: 1,352
February 2018 edited December 2018 in Strictly Steam
First time visit to a home this morning. The issue is banging, sometimes horrendous. Of course, it wouldn't bang while I was there...

The first floor was converted to baseboard and runs off a hot water loop. 2nd & 3rd floors are still steam. The owners tend to feel the banging is sort of everywhere, but largely on the first floor (where there is no steam).

Let's look at the steam first. I drew a diagram so you can better understand what I found (ignore near-boiler piping, I just pasted in an old one I did). All the piping is original, still neatly wrapped in asbestos. It's in a high-end neighborhood so I rule out hackery back in the day. Starts out like counter-flow, but not. And mains only 2". Maybe enough now for counterflow with the 1st floor being hot water, -but definitely too small for counterflow for the whole house, which is large, and which is how it was I am sure for longer than the baseboard.

All supplies labeled A thru D have radiator takeoffs. My initial thought is to turn Supply B into a dry return and end the collision of steam. I also wonder if this isn't how it originally was and the guy who did this install converted it to a supply. The vents are drawn in the correct locations, but they are not Gortons, just some puny little things from 1/4" tappings. Beefing up the venting is obviously. 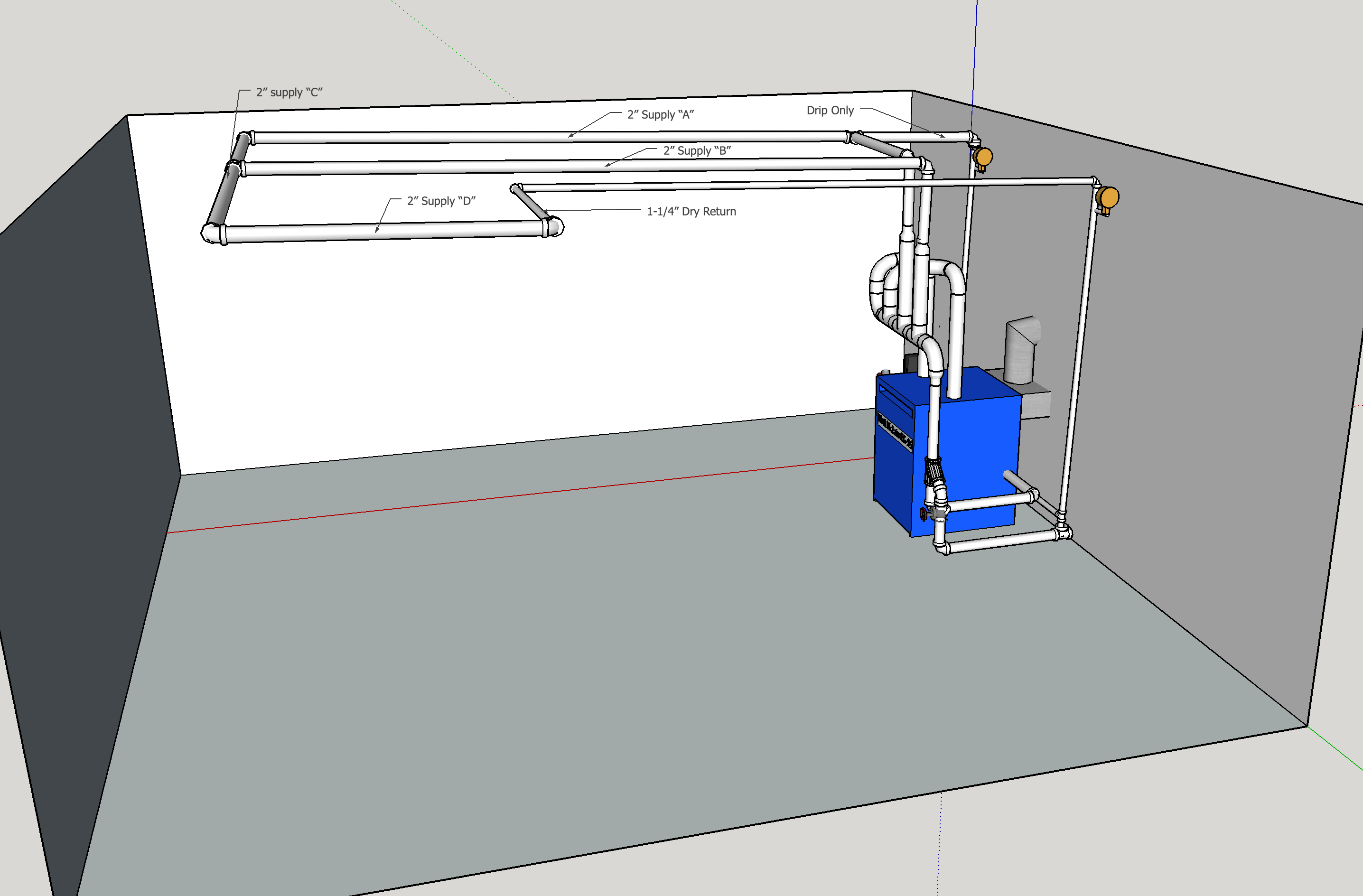 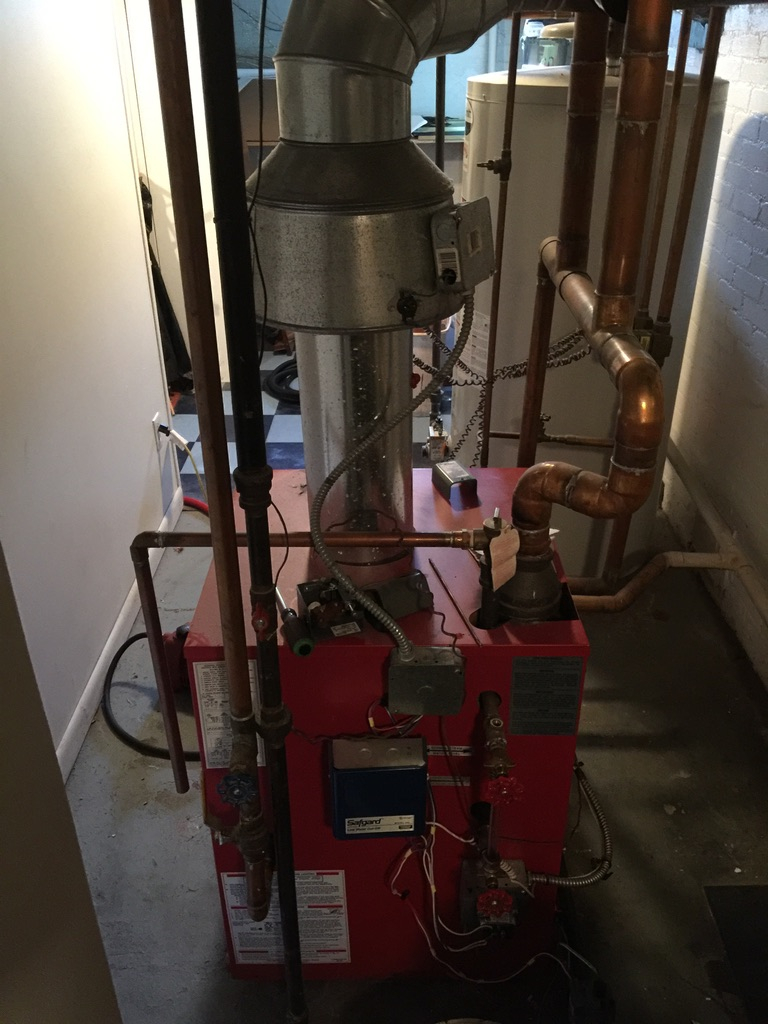 Then there's the hot water loop: No air scoop, no PRV, no expansion tank, and no relief: 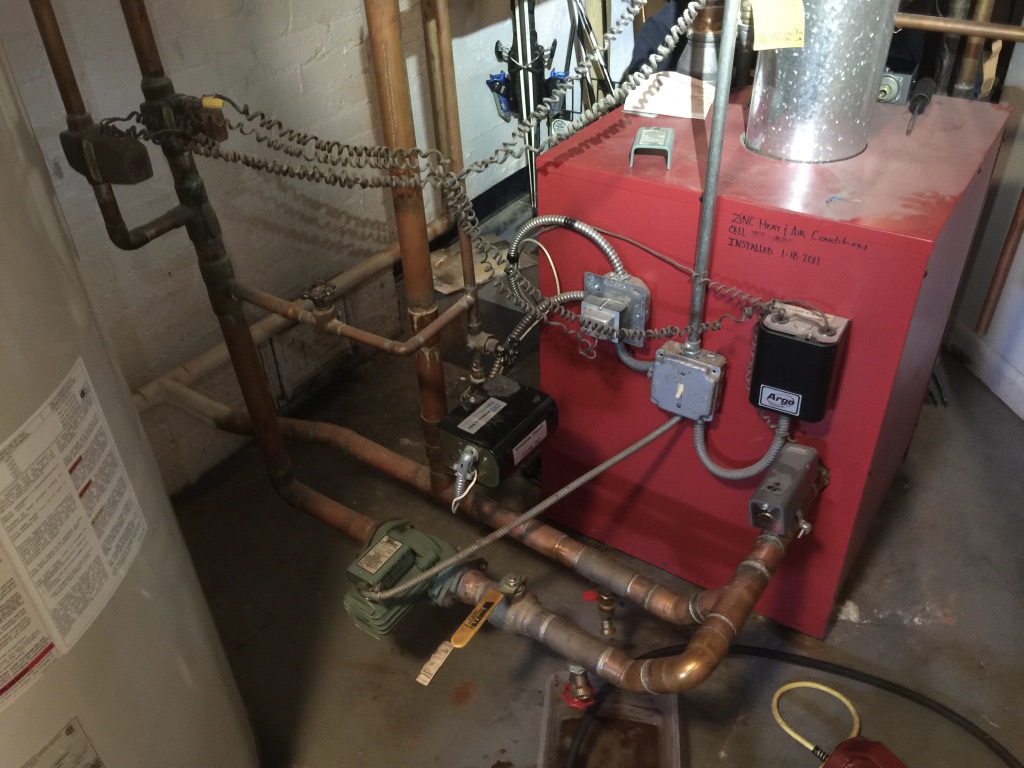 How does it even work? And could the banging really be from the hot water loop, given no expansion tank and no relief? Could be, huh? That would be a first: A banging steam system where the steam side isn't banging, but the hot water side is! Of course, both could be banging. I am scheduled to return very early Monday morning when they think the conditions will be ripe for the Big Bang.