Should I direct pump this boiler...radiant floor with one zone.

nickh1 Member Posts: 16
December 2016 in THE MAIN WALL
I have a 7000 sq ft shop built in the mid 80's with radiant floor heat. It was heated with 2 40 gallon water heaters until this fall. I just put in a HTP UFT-80W boiler and it is humming along great. It was suggested by the boiler supplier and many things I read that it should be piped primary/secondary. The supplier spec'd out Grundfos 15-58 pumps.

There are 9 loops of 3/4" pex, but I honestly don't know how long they are. What I do know, is the pipe is only in the center 3500 sq ft. My assumption and by feeling the floor as it warmed up is they are on 2' centers, which would make them 200'ish loops. With the secondary pump on the lowest speed, I am getting about 10-15 degree's delta T. I currently have the boiler set at 115 and the return water is around 100. Both Primary and secondary pumps are one the low speed.

I'm content how it is operating, my question is if I'm wasting power with the 2 pumps and I would get the same results with one. It would not be a big deal to take out the extra pump/tee's and I have a need for a pump on another project so it would save me some cash to do so. 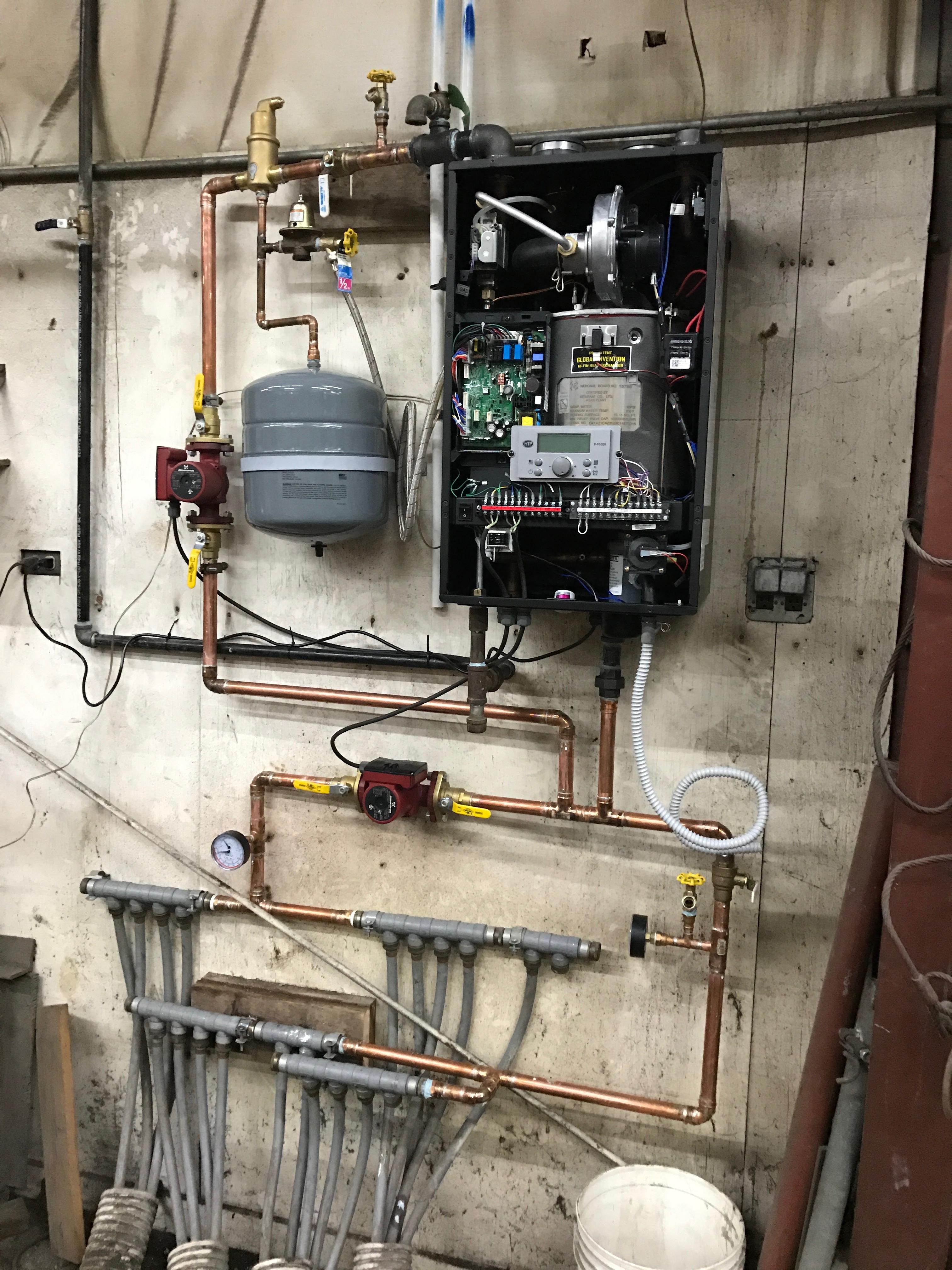