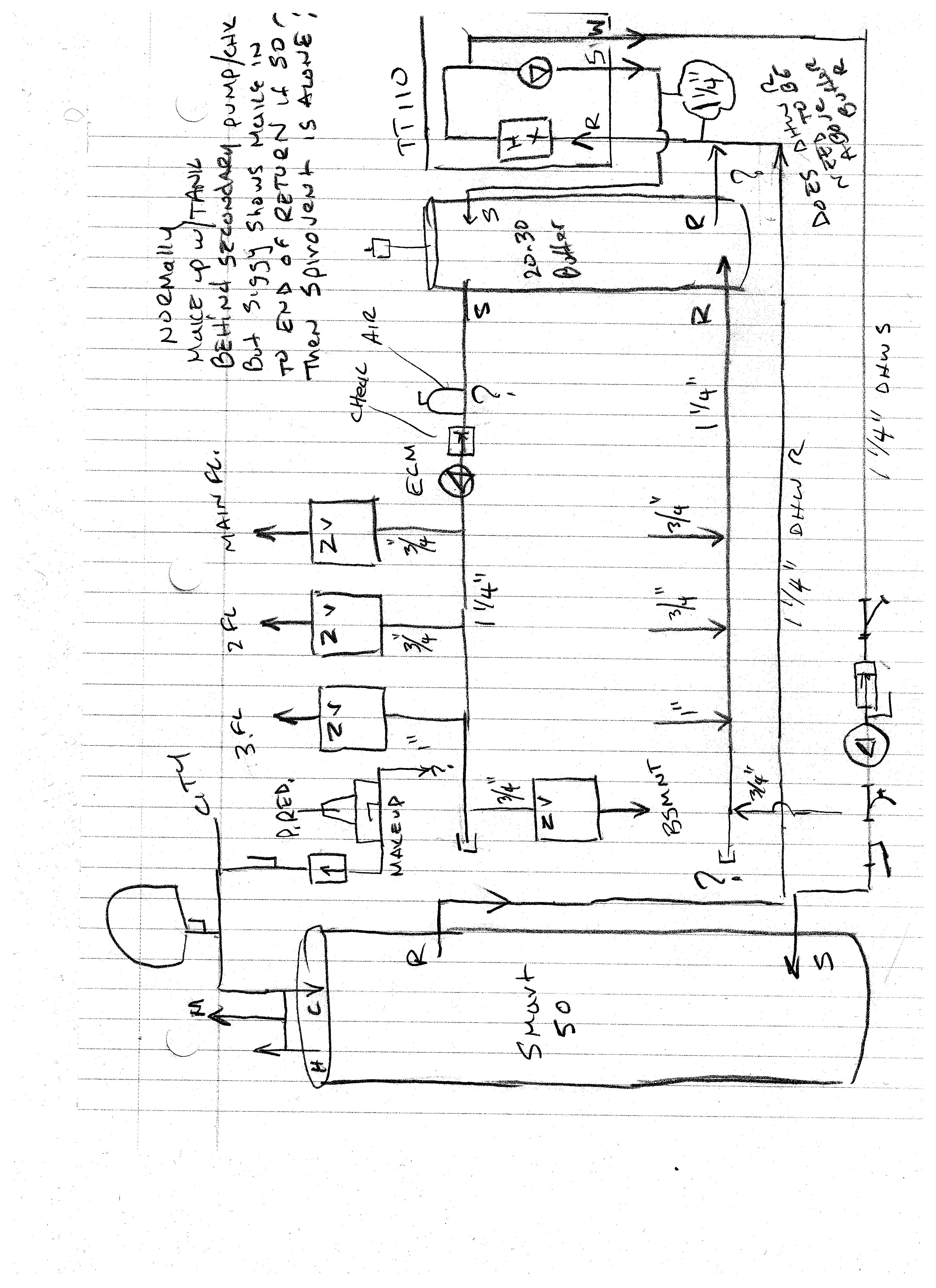 Guys heres my latest plan in general [ i think im getting somewhere] but looking at siggys book he has a change to how the make up is done. normally make up comes in between pressure tank and air separator i even bought the nifty webstone valve for all that. but in this configuration which i pretty much copied from his book he has make up and expansion going into the end of the return header but the only airvent he shows is on top of the buffer tank. now i understand thats a great spot for a airvent because hydraulic separation etc but is it really the only vent needed and he shows a simple vent not a spiro type which he usually shows. it would be nice to deduct the spiro cost from the buffer price and no one i bet want to second guess the man do they?
apart from that any comments on my latest contraption would be appreciated.
buffer version 001.jpg 1.6M
0
«12»