JohnNY Member Posts: 2,834
November 2015 in Carbon Monoxide Awareness
I walked into a boiler room for a consultation and this alarm, which I activate every morning and keep clipped to my jacket, sounded within about 20 seconds. I looked at it immediately and it was at 45 parts per million of carbon monoxide and rising fast. I grabbed my client and his assistant and ushered them out of the room without immediate explanation, shut the boiler switch, and looked again at the alarm. By that time it was at 94ppm CO and still rising. A total of about 60 seconds had passed since we entered the boiler room at that point.
As you might expect, I didn't smell a thing, see a problem, or have any reason whatsoever to suspect there was a venting problem of any kind.

Best to all,
John
PocketCOfront.JPG 455.2K
PocketCOback.JPG 318.8K
Contact John "JohnNY" Cataneo, Master Plumber for Consulting Work
Or for plumbing in NYC or in NJ.

Or take his class. 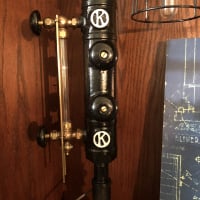