northlakes Member Posts: 36
September 24 in Thermostats and Controls
I’m just now installing an old Tekmar 252 and trying to understand the principle of minimum supply temp and heating curve.
As I understand it: If the outdoor sensor is below WWSD and there is heat demand from end switch, the control will look at heating curve and minimum boiler temp and see if it should cycle boilers on/off based on this, within +- range of differential setting.
For example if my minimum supply temp is set at 140 with differential of 22, (curve at 1.6,) the boilers will fire until supply sensor reads ~151, and turn off until supply sensor reads ~129. As I understand it, it happens this way because we are not yet “in” the heating curve as outdoor temps are still too high (55 F.) 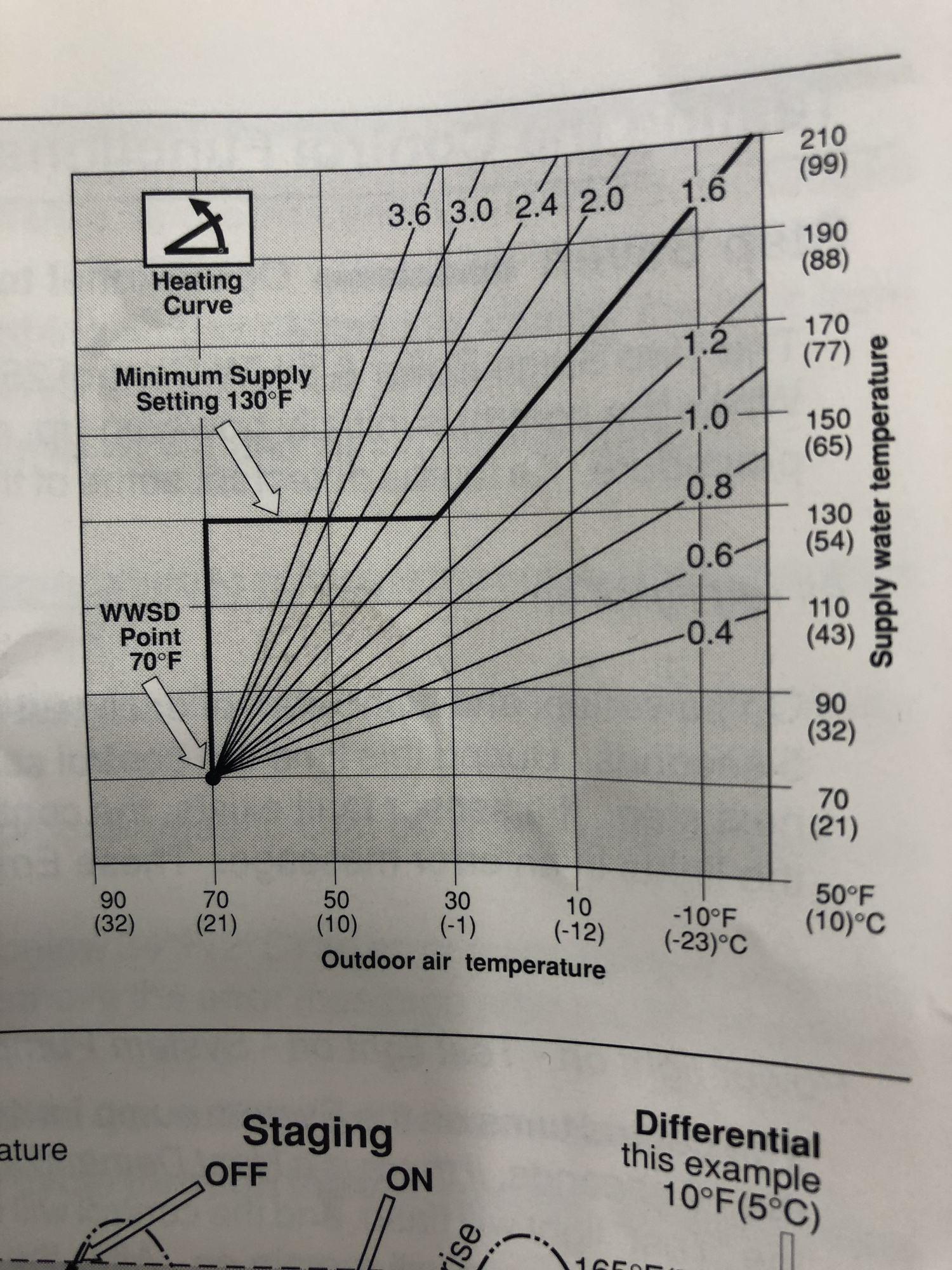 With 1.6 curve set, when we get closer to outdoor temp of 30 F, the control should begin using the curve and heat beyond the minimum supply temp + 1/2 diff, all the way up the curve to boiler aquastat setting.
I’ve been taught this cast iron boilers+hydronic baseboard system should be running at a temp of 180, and so because the supply sensor is a bit downstream and it seems several degrees below the boiler temp, I’ve set the min. supply temp dial to where it’s shutting stages down just a bit below where the boiler aquastat is set, (kind of defeating the purpose of a supply control for the moment, I guess?)

Depending on how the timing lines up, the thermostat can shut down heat demand and because circ pump also shuts down with no call for heat, the boiler can continue to rise in temp and I would guess it could get hot enough to fire the high temp cutoff. (Hasn’t yet.)

if it won’t harm the boiler and equals some energy savings, seems I could lower that minimum supply temp, but my main purpose with this control was to rotate the boilers and maybe get more out of the 2-boiler system on the very cold days. Maybe it will become clearer how this control is useful with regard to supply temp when the weather actually gets cold and “curve begins.” Boiler has primary/secondary loops that mix return and supply so I’m assuming that helps avoid the condensation.
Am I close to grasping this correctly?
0