bigtoddny Member Posts: 1
August 28 in Strictly Steam
Hi All,
I have a single pipe low pressure steam gas system. I need to have the boiler replaced due to a hole above the water line (the boiler EG-45 is about 35 years old). Before I get a someone in to replace the boiler I want to know about the piping in my house.

There are two main lines, one to the front of the house, and one to the back. Neither has a main vent at the end of the line. There is what looks like a wet return that runs from the end of the main lines back to the boiler. I've included pictures. I don't think there are valves at the transition from the main to the returns. My questions are 1) Is this piping ok? 2) Can I / should I put main vents on here?

Thanks for any help. 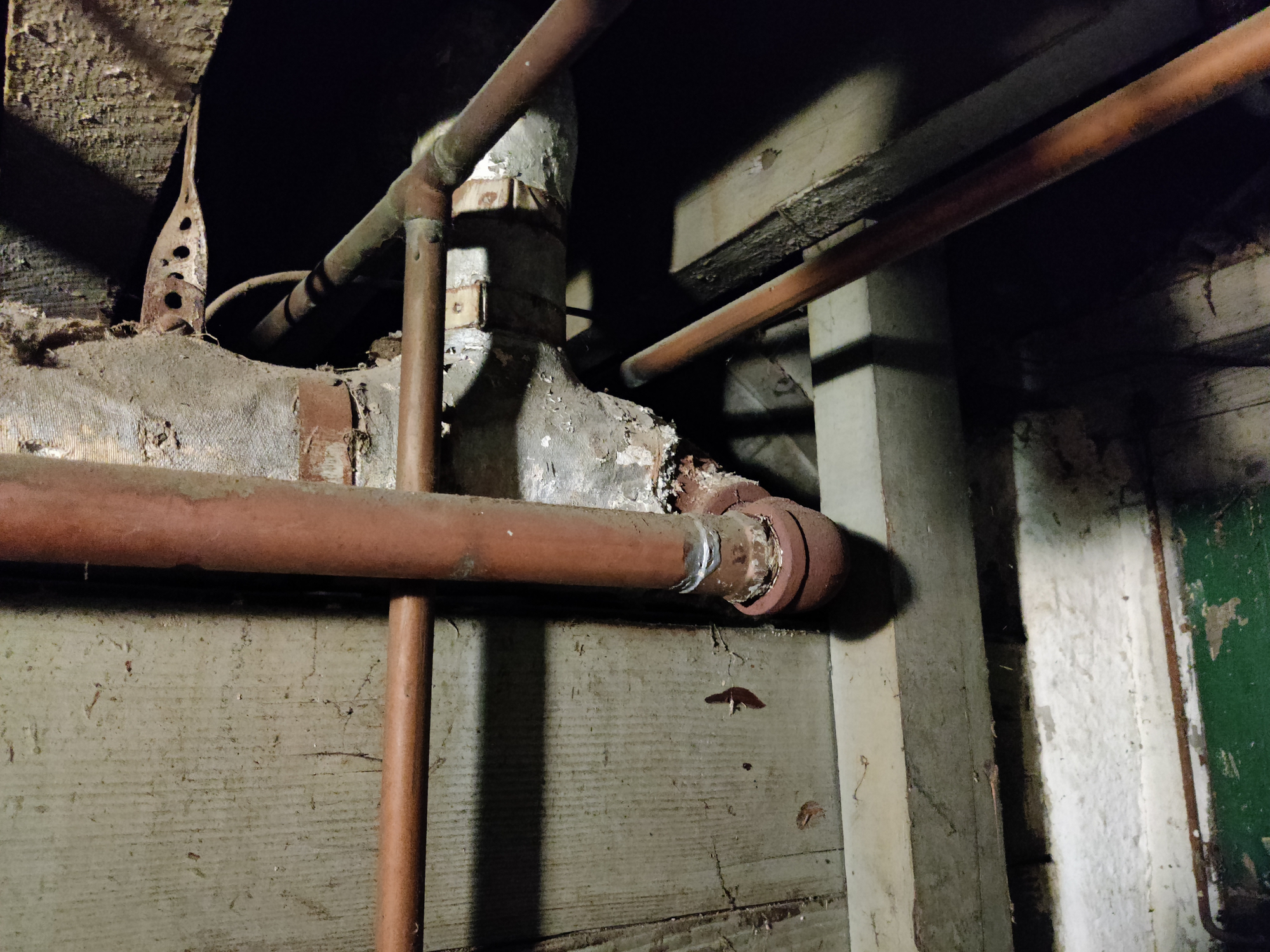 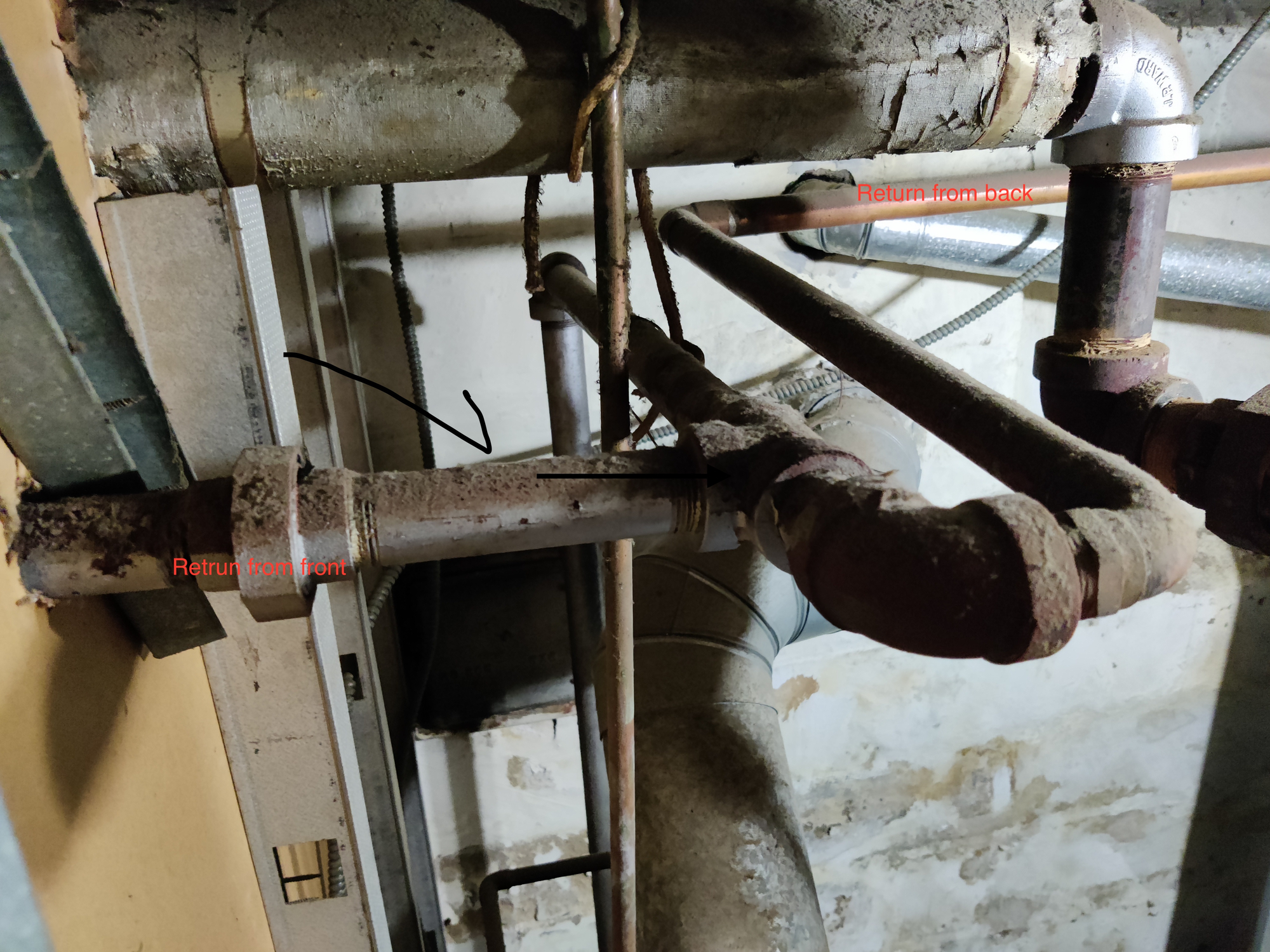 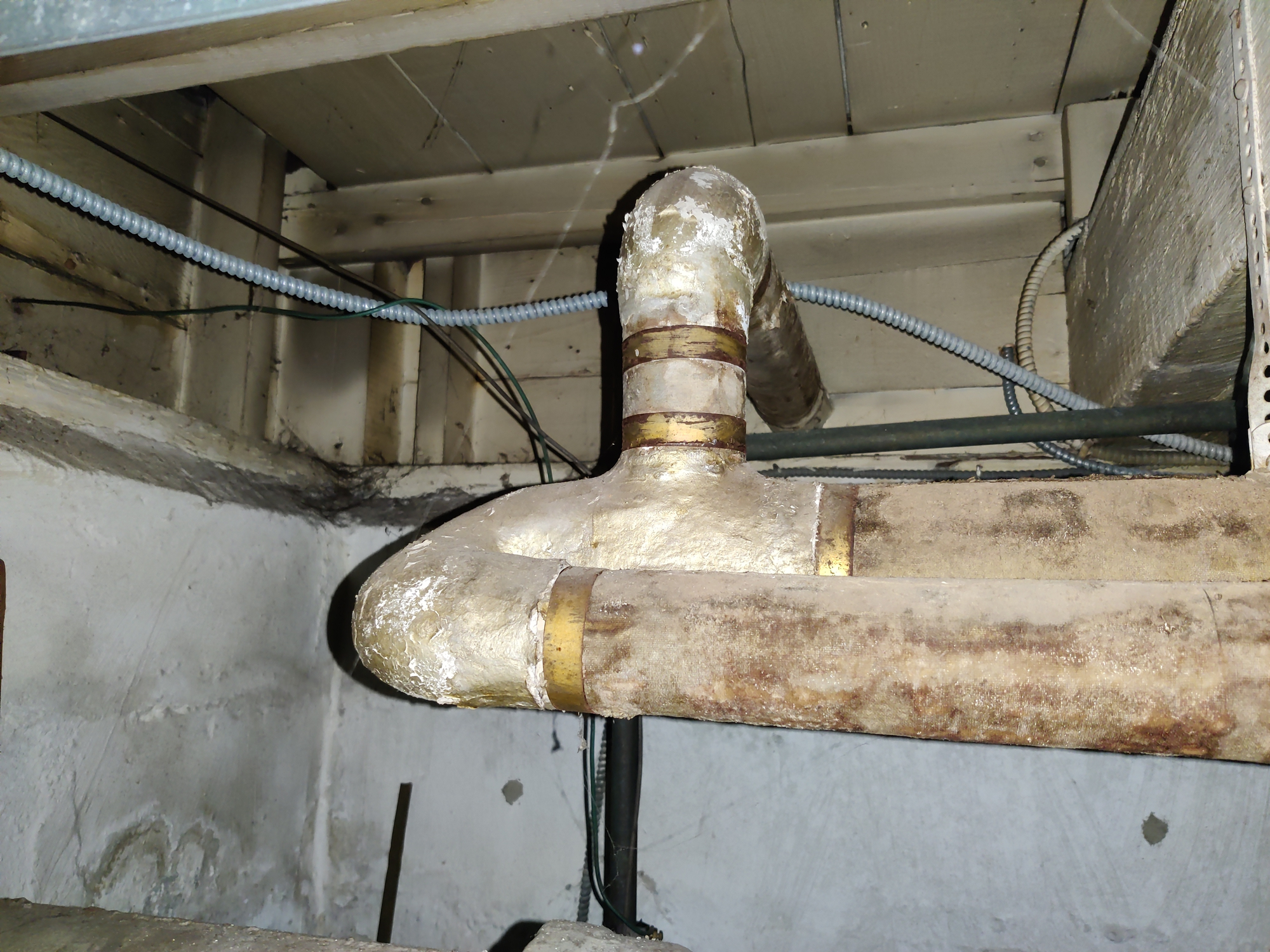