What happened to this 3 year old boiler?

Joseph_4 Member Posts: 251
August 5 in THE MAIN WALL
I have a customer who had a new boiler installed in January  2019.. they have an indirect tank so it is used all year. However, they called me last week cuz saw water on floor.  I inspected and found a gaping hole eating away  at cast iron section. They have copper tubing to indirect... 4 heating zones  using hydro air handler copper coils.. everything  was installed new.. no old rads reused.
Almost no cast iron except boiler sections and some regular black pipe on the header..The manufacturer  who is well known.sent rep to inspect.. he sent pictures  to company  warranty department...They said based on the reddening of cast iron above manifold.. the system accumulated " muck" on the bottom of heat exchanger and interposed between water and boiler flame so got too hot.. so its not covered under warranty..They offered 1000 rebate to buy a new boiler from them..This is a forced  hot water system with  id say 90 percent copper and oxygen barrier pex..They told me the  installer could have put a wye strainer on the system. I will post a pic...

What do you all think

Also. I never put a wye strainer on my cast iron boiler installs in 15 years..

Do I need to start using them?
Thx
Joe 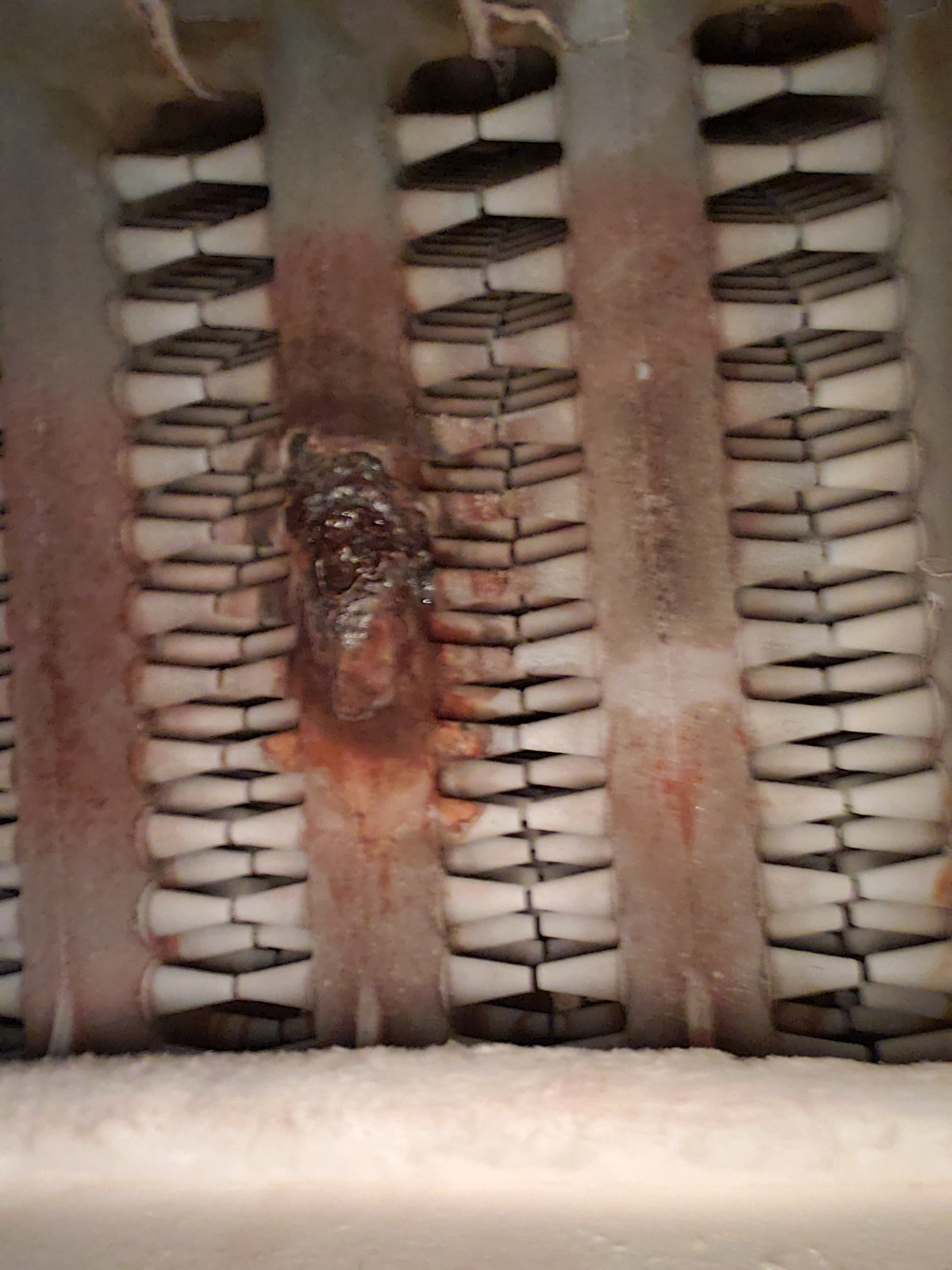