Time to replace my old boiler?

MyAncientBoiler Member Posts: 4
May 15 in Strictly Steam
I bought my 3BR house in the 1990s and with it came an ancient converted coal boiler that heats the house with steam through single-pipe radiators. Until recently, it has worked very well. It keeps the house warm and doesn't seem to cost an arm and a leg. It is long in the tooth, however, and I'm sure there are many things that are questionable (like I have no doubt there is asbestos).

As I was taught when I first bought the house, I periodically check the water level on a glass tube along the side, and if it runs low, I add some up to about halfway where there's an embossed mark on the side of the boiler. 4-6 weeks ago, as I was doing laundry, I added some, then went upstairs. After about an hour I went back down to switch laundry to the dryer and noticed water all over the floor.

I called my plumber (an older guy who is semi-retired), and he said I probably just overfilled and I only really needed an inch or so showing on the tube, so I drained water off to lower it on the tube and that seemed to solve the problem. And since it's no longer heating season and my work was very busy, I figured I'd have him come out later to look at it and see if there was a crack somewhere.

Since that happened, I've been checking the basement periodically to see if there's been any water on the floor and there hasn't, but I noticed the water level on the tube going up a little higher even though both valves to add water were closed. Maybe condensation from the radiators flowing back to the boiler? I don't know, but I would blow off a little bit of water to keep the level from getting too high.

Yesterday, I noticed that it seemed to be a little high again, and this time when I went to open the valve on the side of the boiler, the whole thing, downpipe and all, snapped off in my hand. 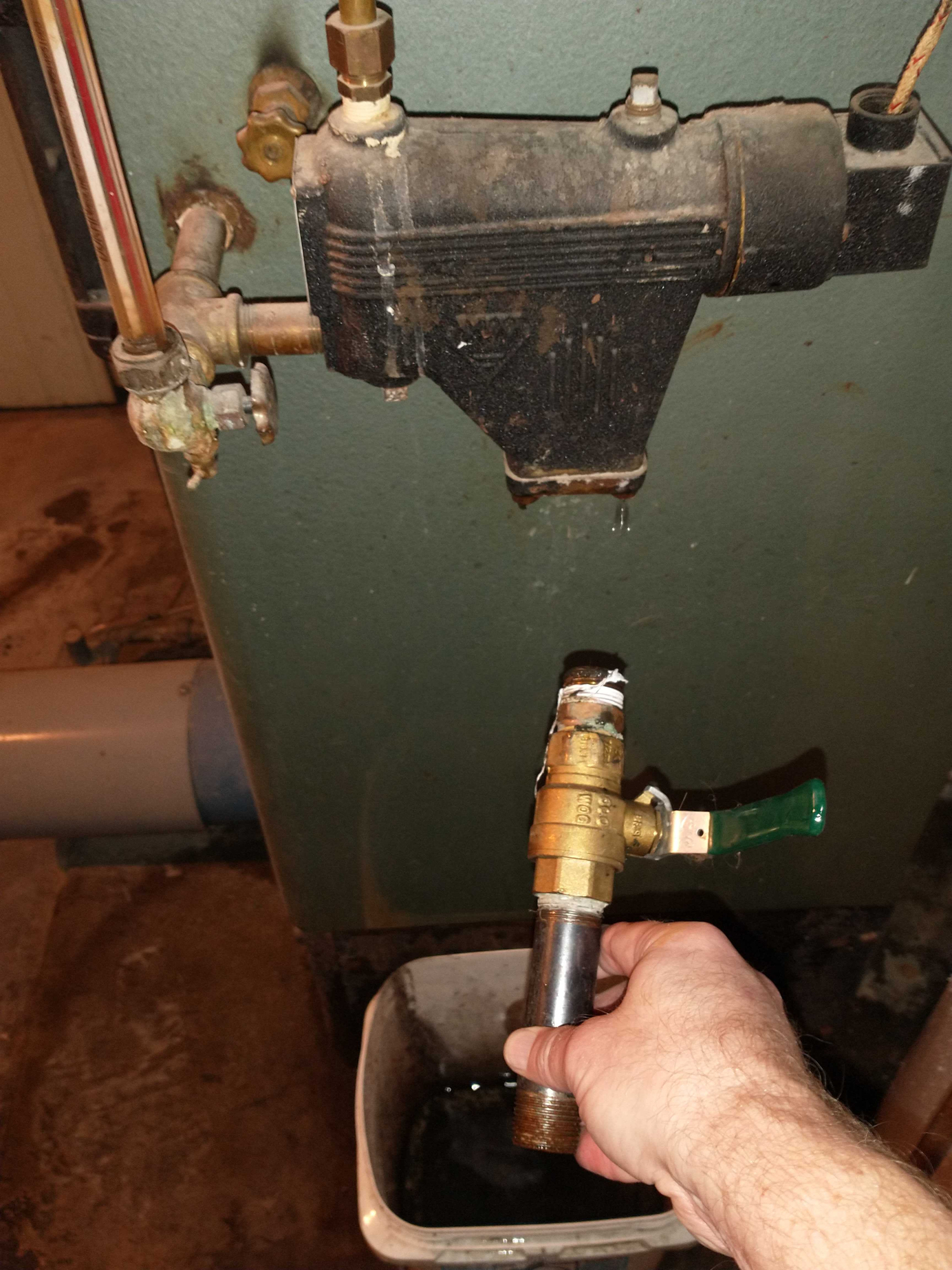 I tried screwing it back in, but it seems like the piece at the bottom where it screws in basically just crumbled into nothing. The water came out of the boiler and fortunately, I was fast enough with buckets that it wasn't too much of a mess.

I turned off the heat at my thermostat, then called my plumber, and he talked me through shutting off the gas to the boiler. Since it's not a huge emergency since I don't need heat, he's coming by tomorrow to take a look.

I'm assuming this will mean it's probably time to replace, but any chance at all this might be able to be fixed?

This is ancient, for sure... last time I had someone other than my regular guy look at it, he was amazed and acted like it belonged in a museum or something. Here is a picture of the product nameplate on the front: 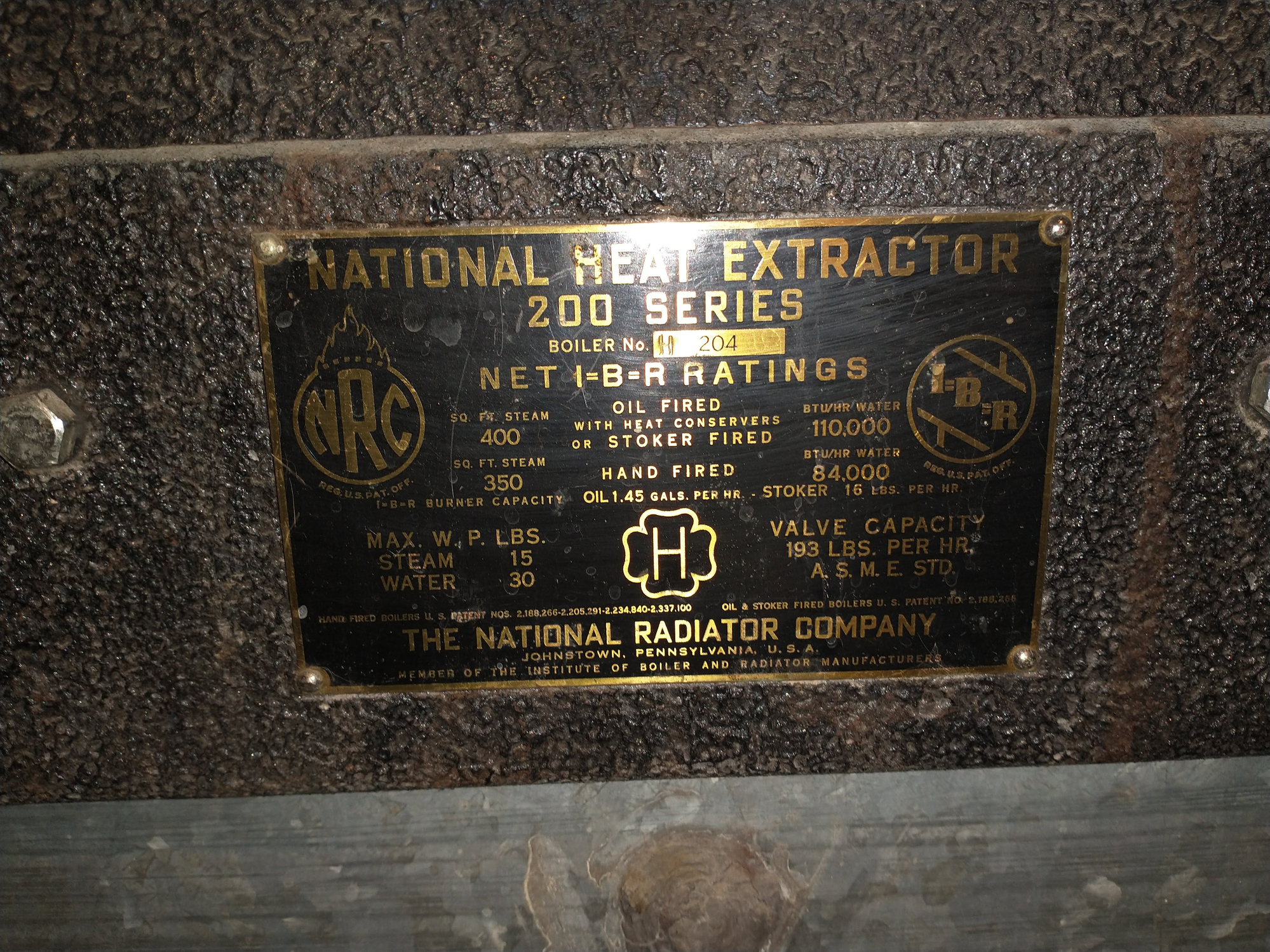 From what I could tell, this model was made in the 1940s through the 50s, so whoever bought it got their money's worth.

Thanks for any insight.
0