Kybeans403 Member Posts: 56
September 2021 in THE MAIN WALL
I'll get a more complete history next week when I'm back for a inspection/Maintenance on this. I thought I saw the original oil burner sticking out of a box.  It's a Thatcher started with coal then oil/steam....and converted to gas and hot water 35 ish years ago. Clients been in home 58 years so far and said no issues at all since converting to gas.....other than the 1,000 gallon oil tank buried under the driveway.....I'll get some better pics as well, my headlamp was running out of charge.. I  was at the house working on her mitsu inverters and happened to find this. 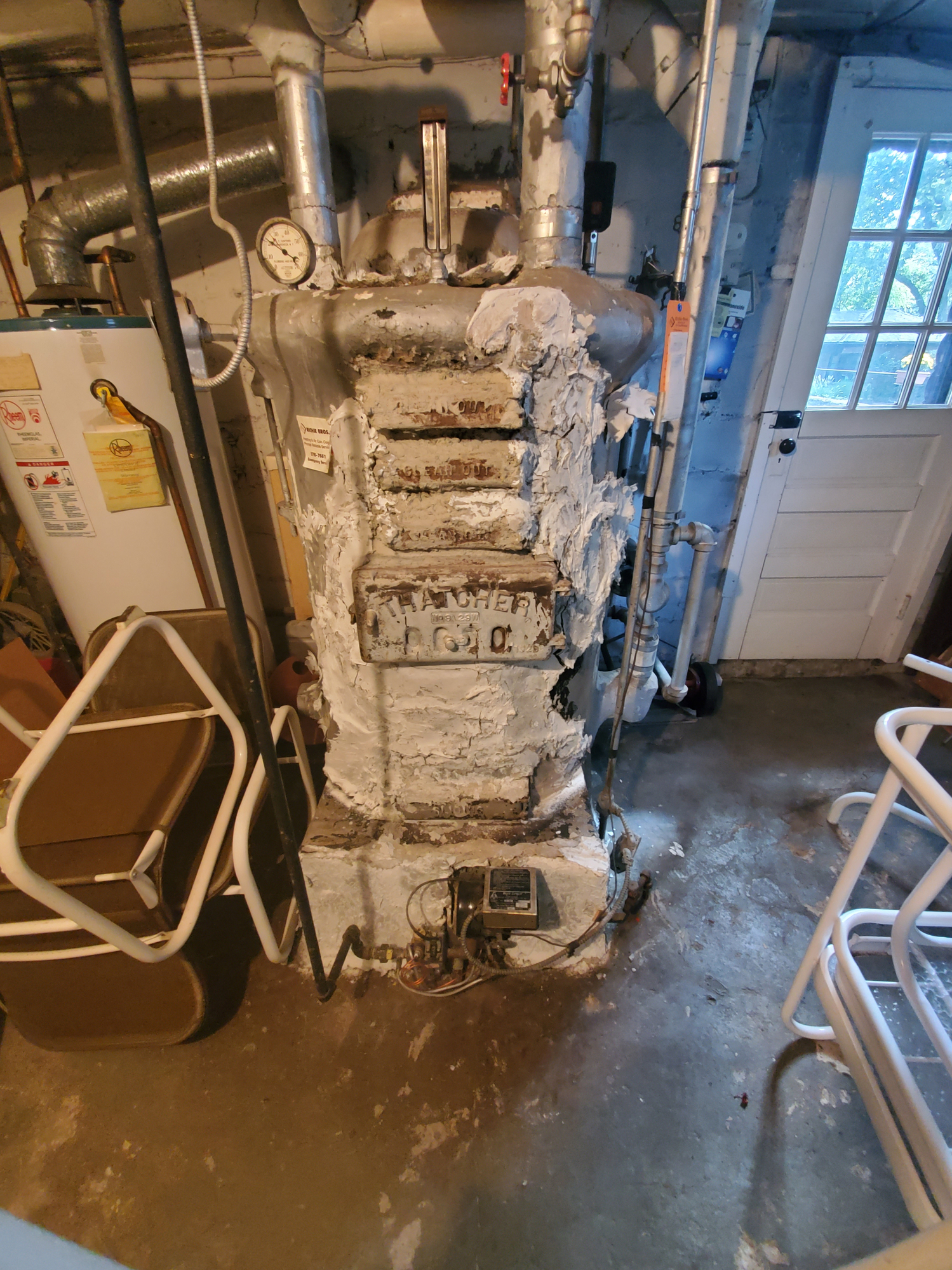 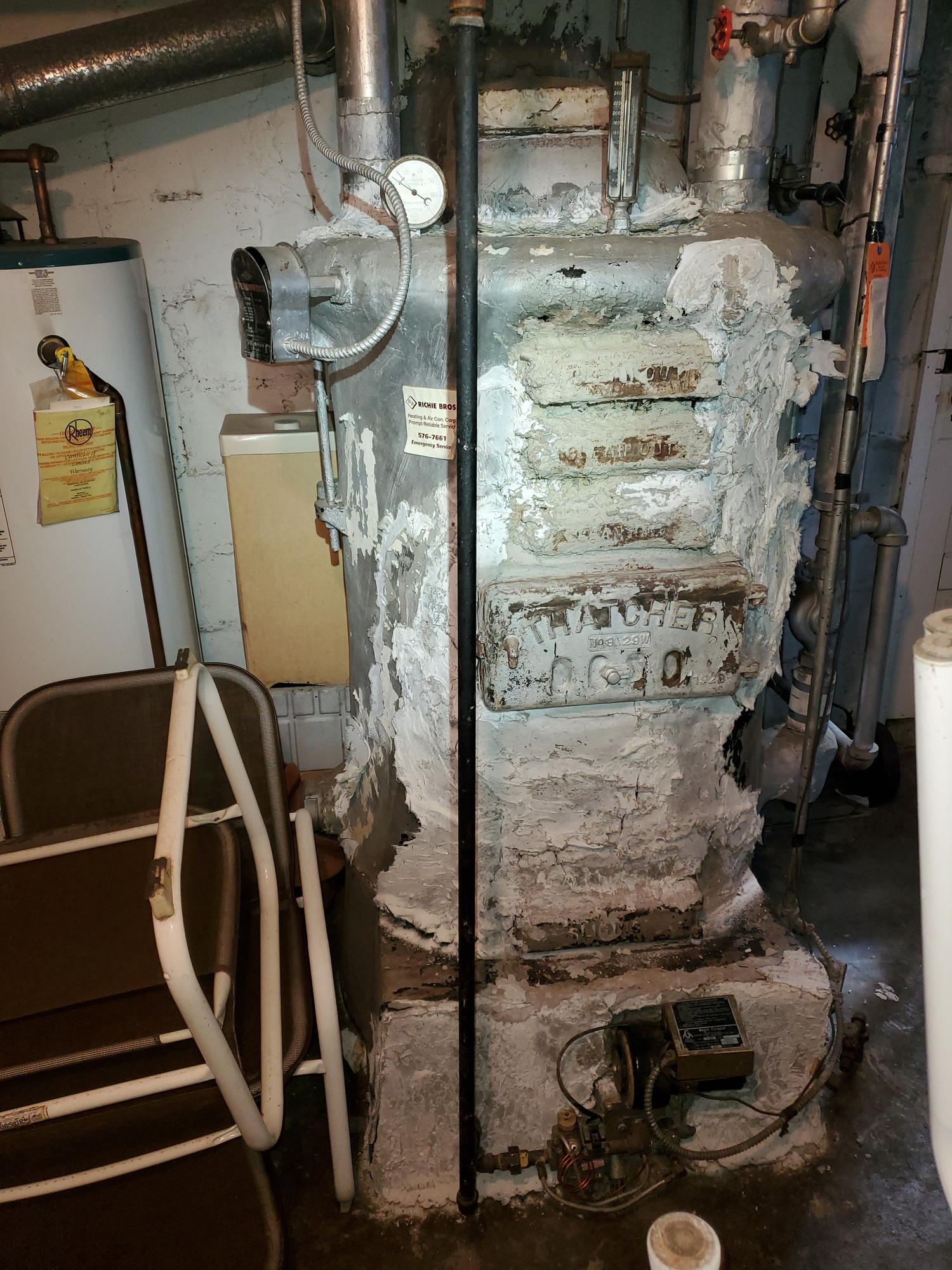 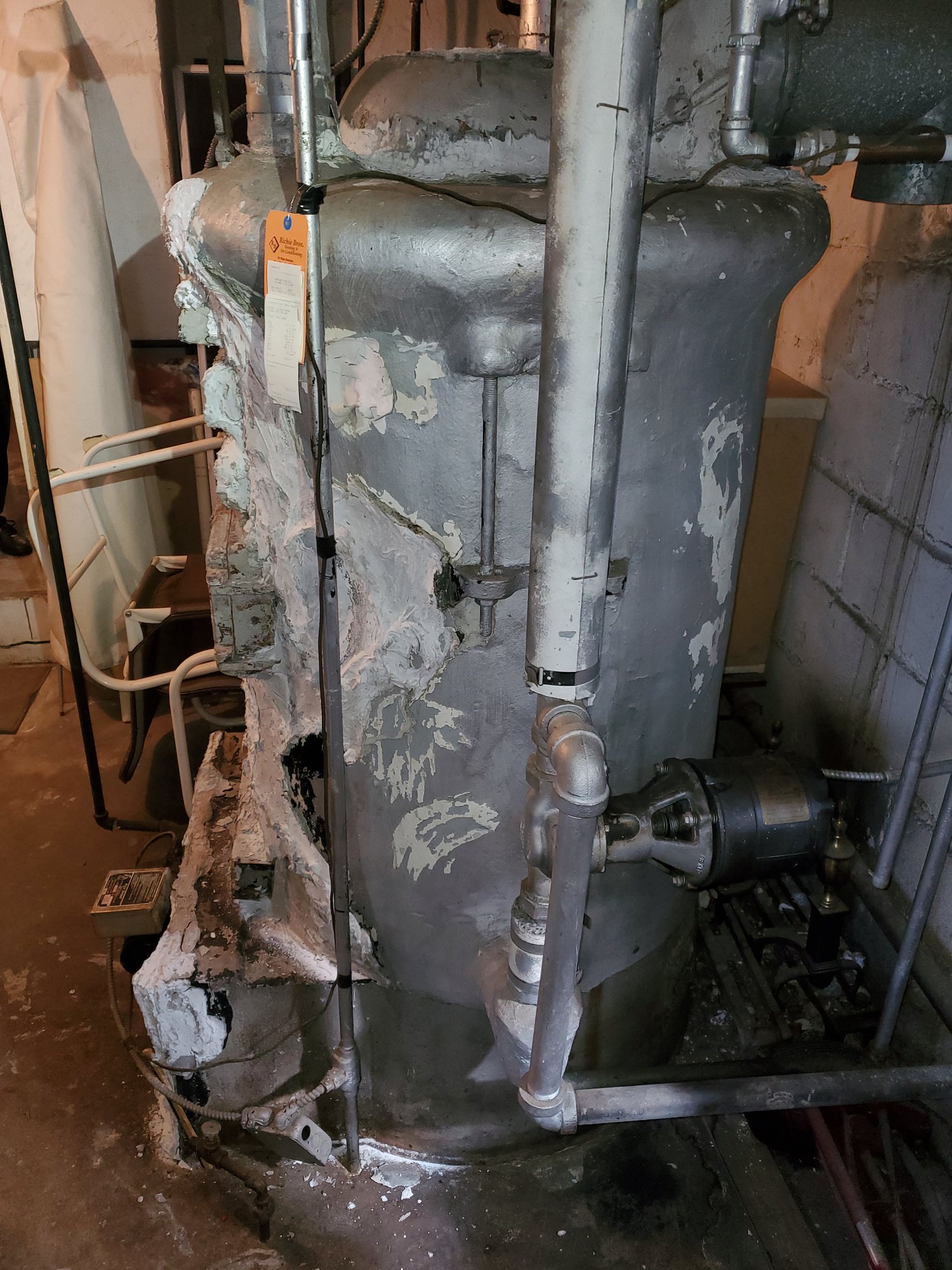