The radiant floor I put in my bathroom under tile using Uponor Quik Trak went so well and is so nice that I want to add radiant to my living room and adjacent dining room. This is not for primary heating, but just for comfort. I have a nice operational steam boiler providing primary heat (and the hot water loop) to this 1200sf two story house built in 1915.

My floors throughout the house are heart pine 2.5" tongue and groove nailed directly to the joists. They are .790" thick currently. No subfloor at all. See existing floor below: 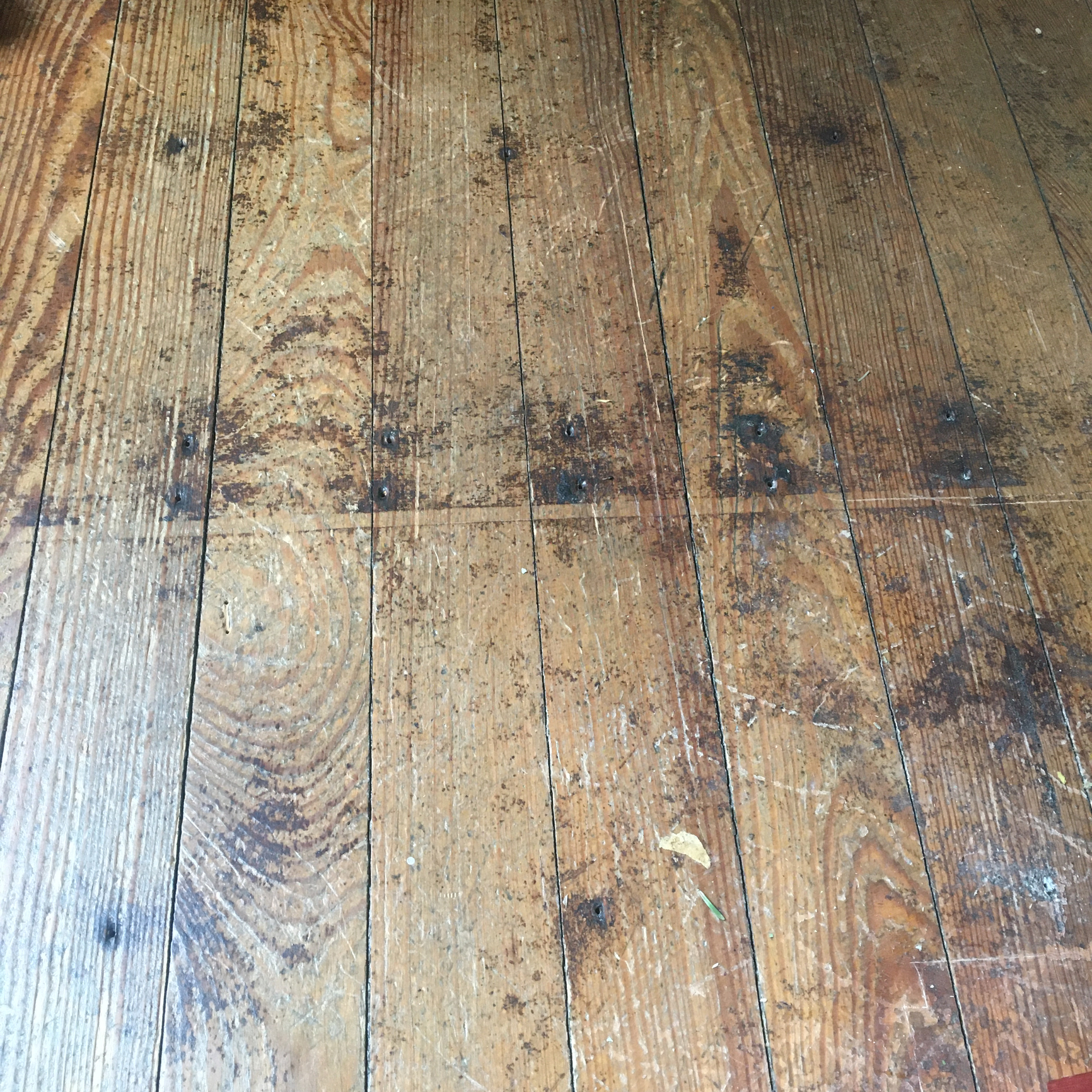 If I were a single man I'd keep the original heart pine, refinish it, and use extruded plates underneath (the underside is readily accessible in the basement, wide open). But my wife wants new wood floors. (or you can help me to convince her otherwise)

So I think I should use Uponor Quik Trak (or should I?). I know it doesn't really provide much strength since each piece is small and cut in half but maybe I don't need much more strength. After all, the existing floor planks are quite hard (they don't make pine like this anymore) and have served admirably for over 100 years. But maybe the plywood will prevent some interaction between the old floor and the new?

And there is a strong possibility I'm not thinking of something. Here are the questions I can think to ask:

1. Should I install a layer of T&G plywood over the pine planks? If so, what thickness?
2. Should I run the new floor planks perpendicular to the pine ones?
3. Am I missing anything?