Stupid question of the day: is this a 2-pipe radiator? 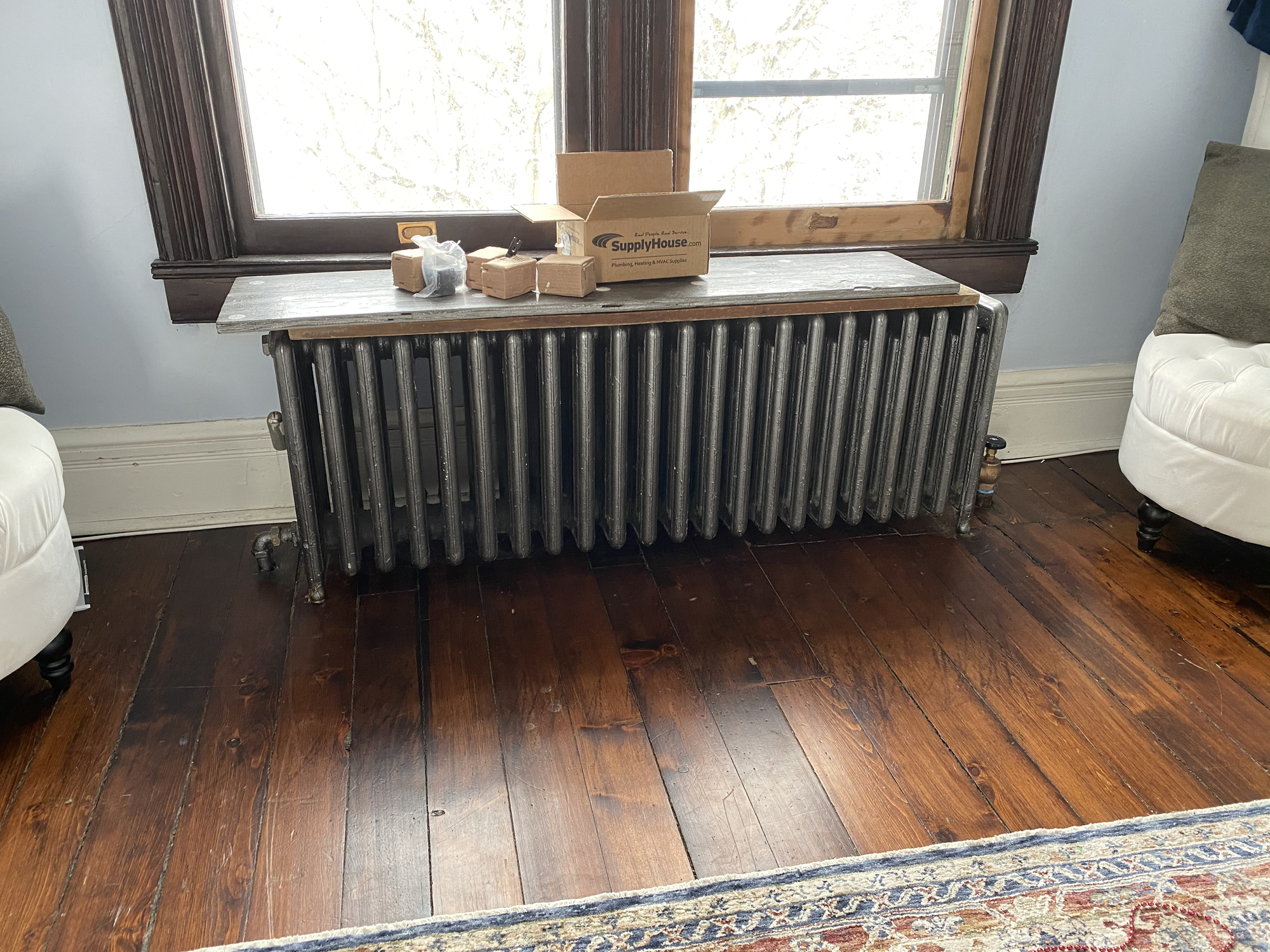 I think it is, because—try and stay with me here—it visibly has two pipes. Yes, it also has an air vent, which 2-pipe radiators generally don't. But we have some unambiguously 2-pipe radiators in this house—ancient 1874 Bundys...the house itself was built in 1870—which also have air vents. And I know from this site that two-pipe-air-vent steam is a thing.

However, my new steam guy, "Dave"—who has a very forceful manner, and whose level of expertise I'm still trying to determine—swears up and down that this is a one-pipe radiator, because the return pipe, rather than making its own way down to the basement (from the second floor), loops immediately back under the radiator and into the riser that feeds the supply valve. In other words, the outgoing condensate shares a pipe for with the incoming steam for almost all of its journey, in a very one-pipe sort of way.

The question arises because the wife has demanded a way to regulate this radiator's temperature, and doesn't want to hear any nonsense about Gorton No. 2's or Hoffman 40s. She wants a knob she can turn.

If this is a one-pipe radiator, I'll install a Danfoss TRV—as I have successfully on some of our one-pipe units.

If this is a two-pipe radiator, then we should, I think, be able to throttle the heat by turning the supply-valve knob. Is that correct?