How good is good enough?

SweatyInToronto Member Posts: 64
January 19 edited January 19 in THE MAIN WALL
Does it make sense to entirely re-pipe a boiler room for primary-secondary, given the following...

We currently are using 2x300K BTU boilers with outdoor reset. The 2 boiler pumps and single circulator run constantly currently which isn’t ideal. However, we have had this for about 15 years and figure we can keep it going for another 8-10 before needing new boilers. Perhaps longer if lucky. Our DHW is a separate new boiler, not attached.

However we do have issues:

a) There is a fair amount of pump noise/vibration heard in the unit above to boiler room although the baseboards are quiet, except for an occasional ping/ting during season startup

b) If we ever want to drain and refill the system, there is bleeding required, which is difficult to arrange with 20+ different units

c) There is no boiler protection, so water temp must be kept over 140 degrees, which means the units are hot in the shoulder seasons.

So piping or re-piping ideally, like is described in the book “Pumping away”, below with power-purging is appealing, however I’m wondering if it’s worth the effort? 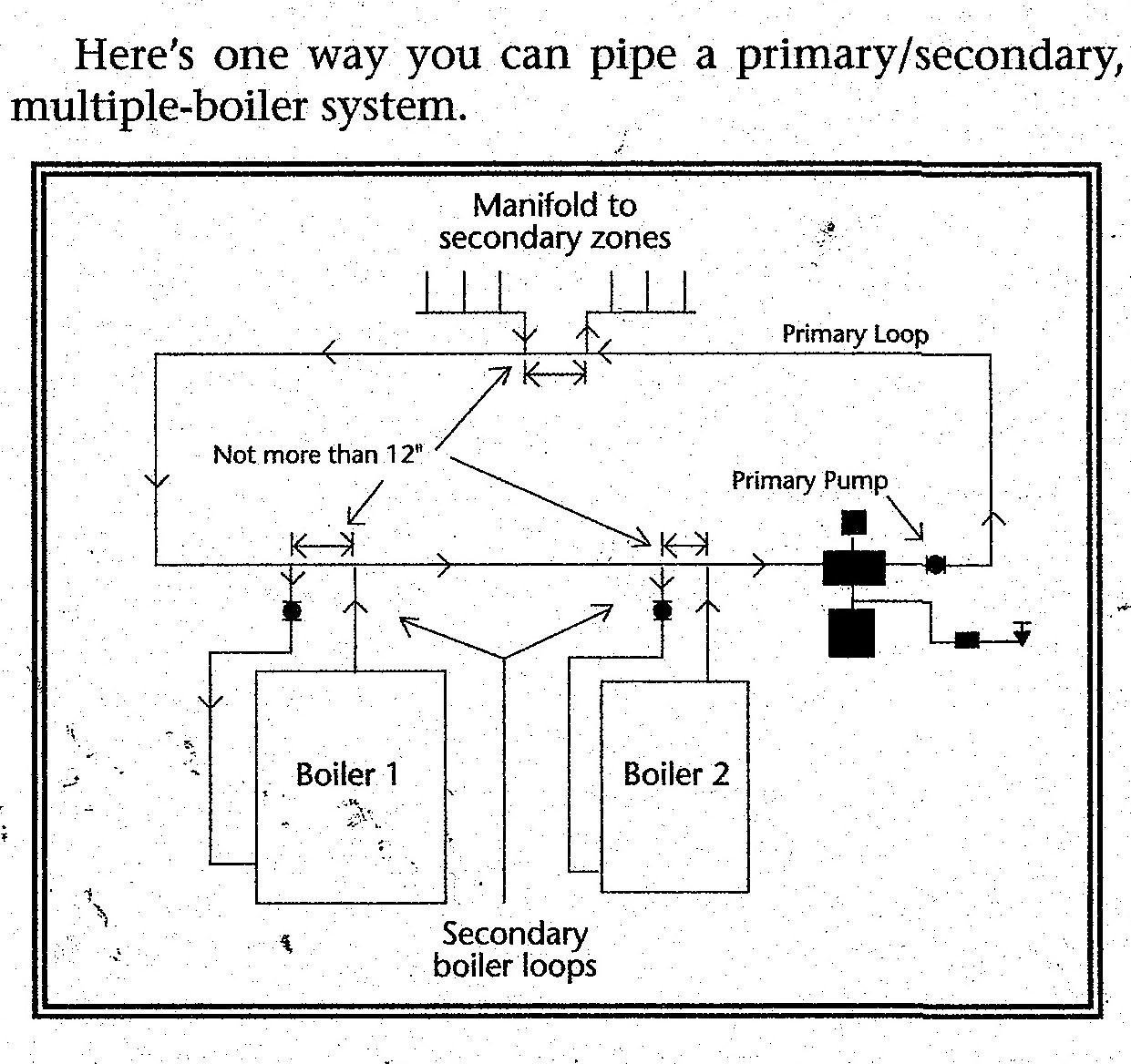 Below is what we have now, approximately. Reworking it according the the above would be essentially re-piping it entirely. That said, we have to do some work to replace shutoff valves anyway and drain the system in the summer. 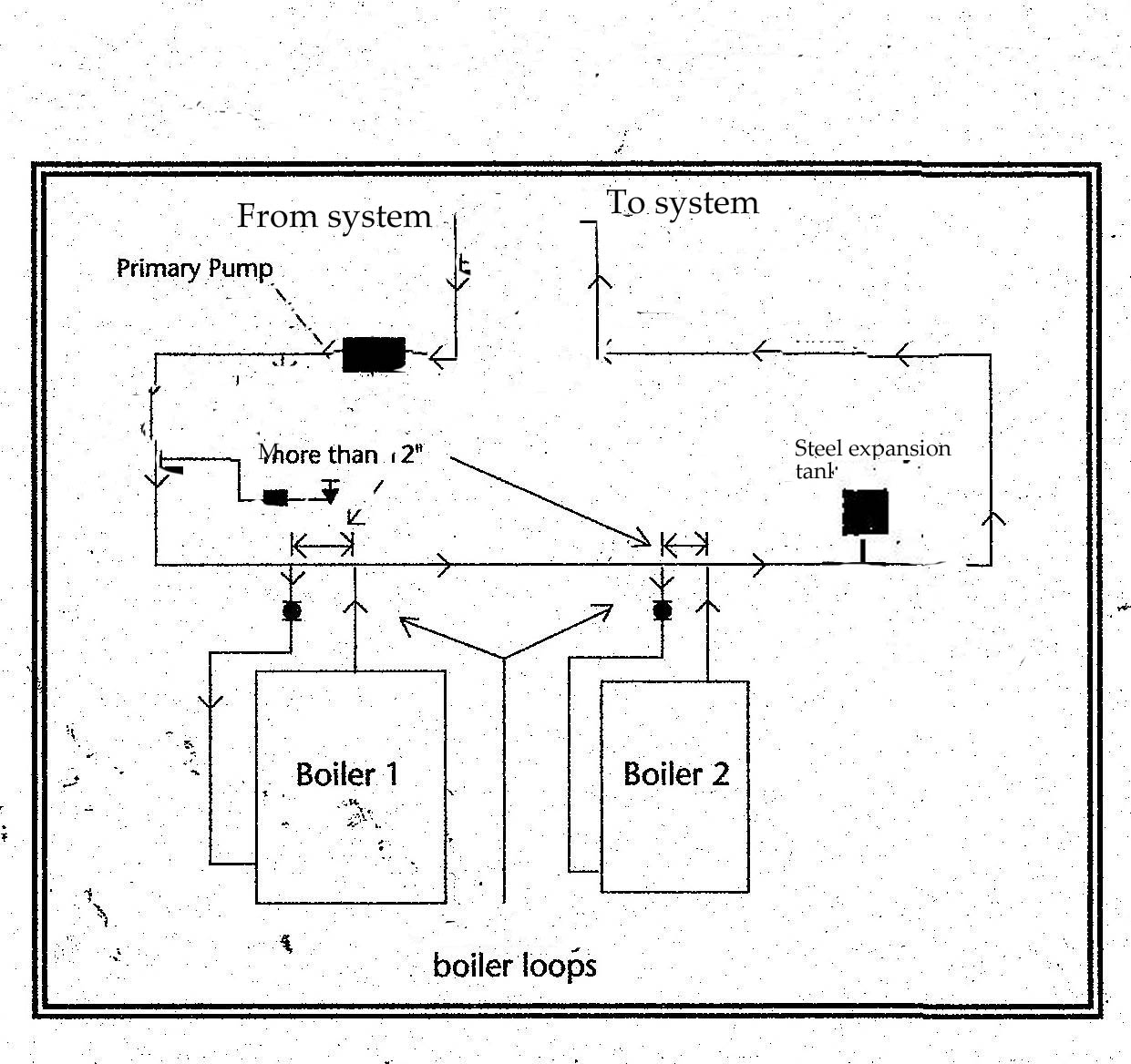 I'd like to get an air eliminator on the system and ideally be able to power purge, and have boiler protection, and cycle on-off the boiler pumps - with or without the primary-secondary.

Would it make sense to revamp the piping entirely per "Pumping Away" or just work with what we have and attempt to retrofit in the desired features, if the current system is only going to be in use for the next 10 years? I'm not quite sure how to approach this...

Thanks for your suggestions!