k2krafty Member Posts: 8
November 2020 in Radiant Heating
Hello,
I just finished my open loop heat system. It's underfloor and has a 2 port manifold that pushes to 700' of 5/8" tubing. Whenever the water pump from my well kicks on if someone is using the hot water tap / shower and the water heater then turns on, the pressure relief valve set to 30psi begins to open every few minutes. Then the system is fine until the house calls for more water and the problem happens again. The pressure on the well pump / expansion tank feed is static at about 30 psi, when the well pump kicks on I see it climb to about 45-50 psi. I am assuming that since all the piping is connected to the water heater, the pressure is rising and opening up the pressure relief valve? What are your suggestions to fix this? I was going to get a relief valve set to 45psi online, any other suggestions?


I have a Bradford White propane EF heater that has two ports on the side for space heating which I used. Model of the heater is: RC2PV50H6N
I have a Taco 007 pump
1" and 3/4" piping that feeds 5/8" PEX
Check valve after the first 5 gal expansion tank. 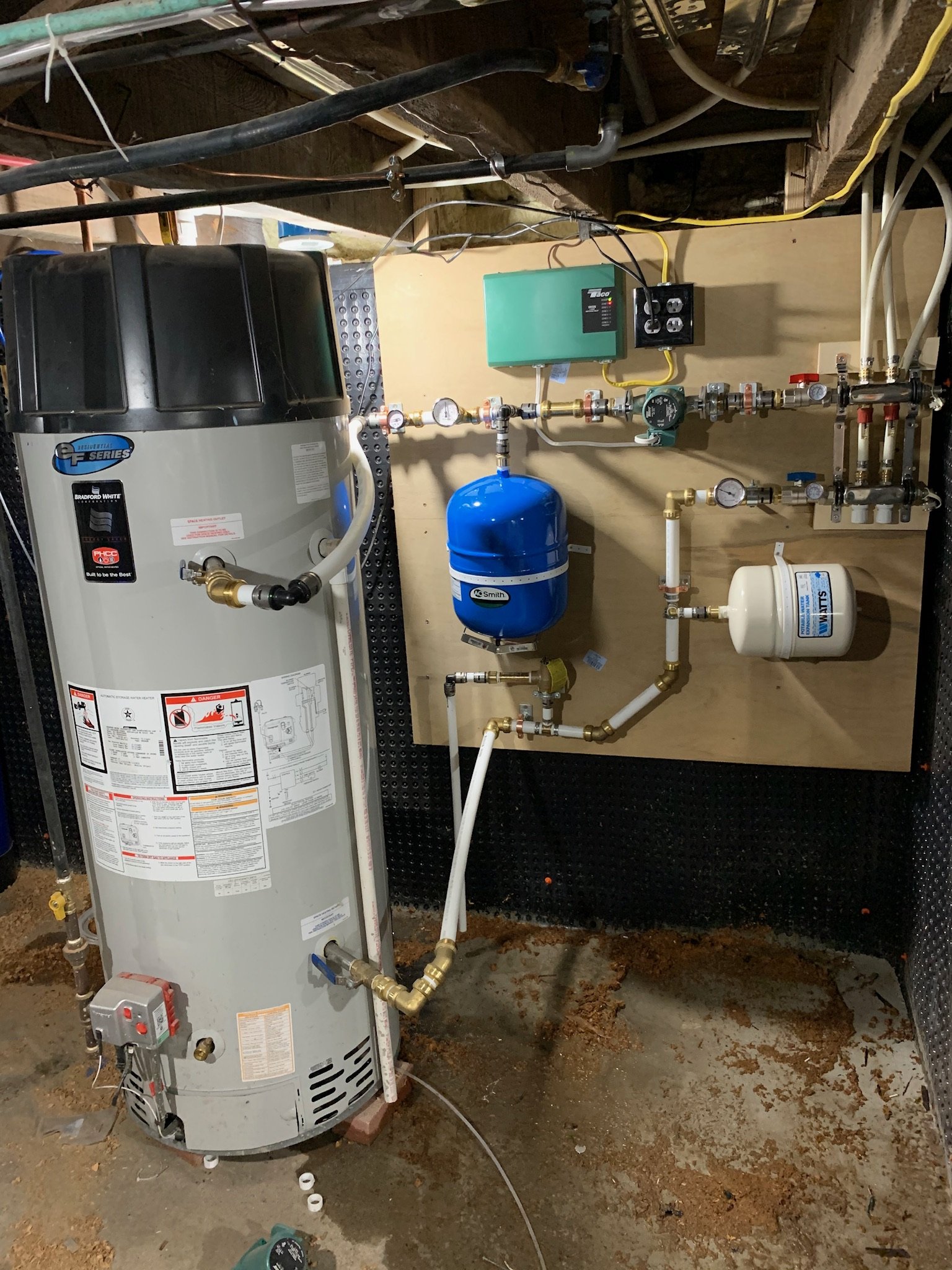