D107 Member Posts: 1,726
September 2020 edited September 2020 in Plumbing
When the previous homeowner's added a bathroom on first floor 30 years ago, they ran 2" copper drain lines, some of which partly did double-duty as vents. See vent cover on the right. I would hope that the 2" pipe went right up to the inside edge of the vent cover. When we added blown-in-cellulose insulation and insulated vinyl siding in 2006, the vent cover was removed and holes were drilled in the vinyl siding to serve as a vent cover. (Number of holes is obviously less than with the old vent cover.) 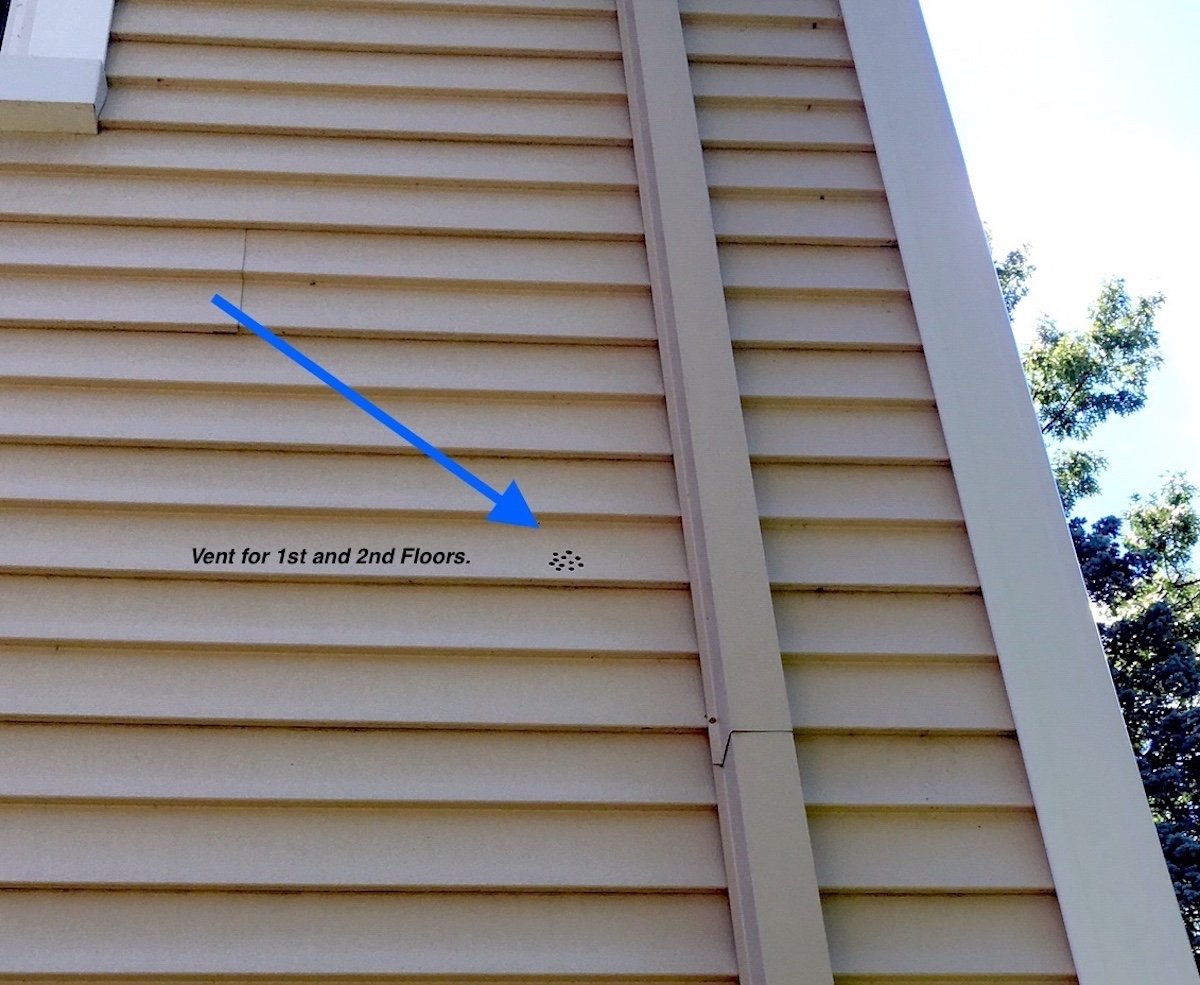 In trying to troubleshoot sporadic sewer smells, one theory has emerged that since the vinyl and 3/4" styrofoam insulation probably extended the house envelope by about 1.5 inches, if the 2" copper vent pipe was not likewise extended or sleeved to cover the gap, there could be some sewer or fixture leakage from winds at certain times blowing back into the house; or alternately, some of that cellulose insulation could be partially blocking that vent. Our sinks are draining OK so perhaps that's not an issue. (Note despite photo annotation, probably doubtful 2nd floor was vented with that.)

I've seen some vents piped with a 90El pointing downward to deal with wind issues. Is there some better way to do this than what was done?
0