shredmaster Member Posts: 24
August 2020 edited August 2020 in THE MAIN WALL
I'm converting steam heat to the hot water heater in an old house. I'm trying to avoid opening up the walls and drill holes in the joist or stud on my second floor.

If I have the loop in the basement, then send the flow to the second-floor radiator (12 ft elevation, boiler to basement ceiling + first-floor hight) and return back to the loop in the basement. would that work? a friend suggests having diverter tee on the return and supply. I don't know if that true because the static head is zero (aka elevation pressure drop) in the close system. A single diverter tee should still work regardless of elevation between the loop and the radiator.

here is the illustration of setup. 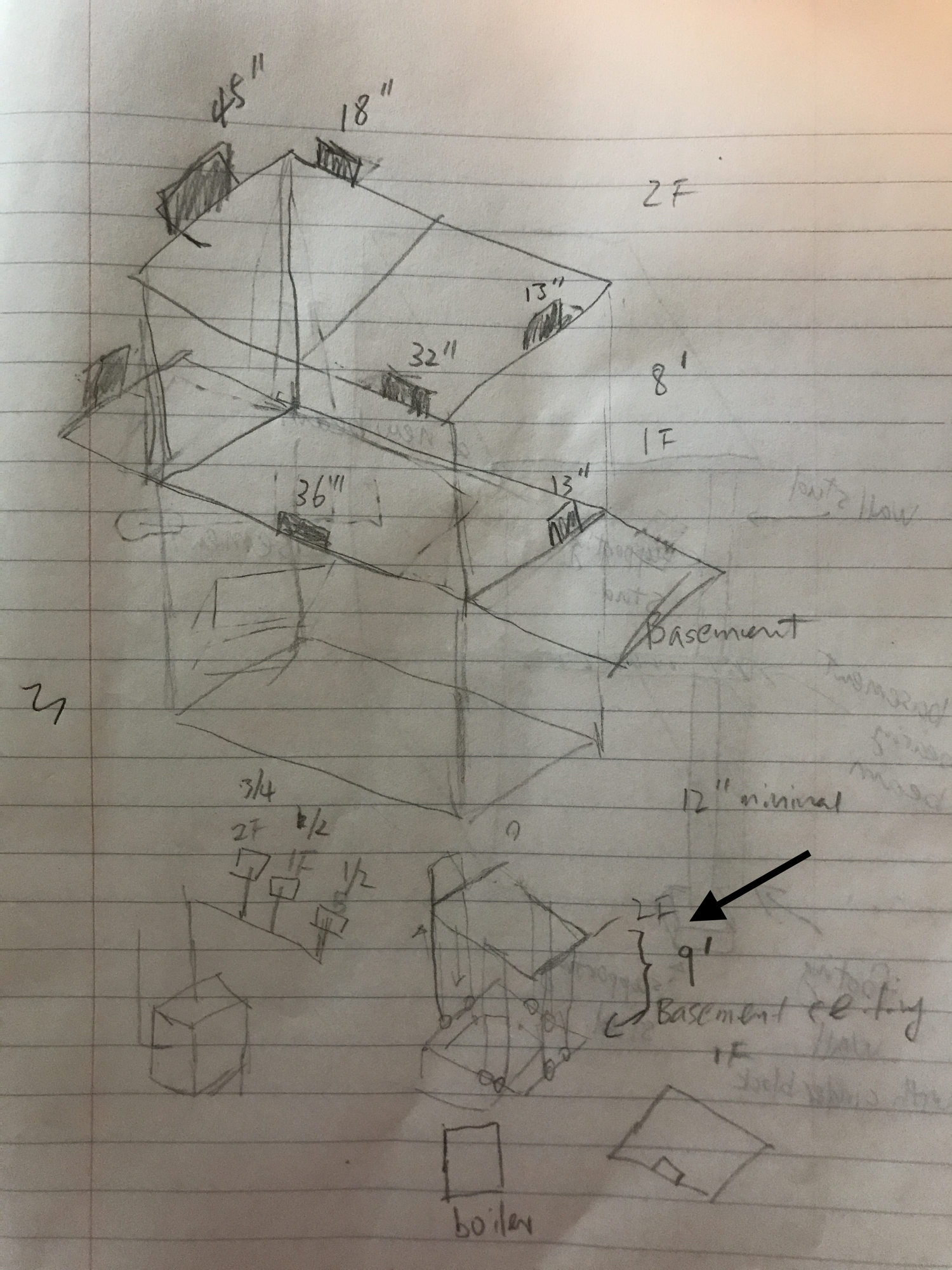