The Wall
Home› A-C, Heat Pumps & Refrigeration
Click here to Find a Contractor in your area.
Welcome! Here are the website rules, as well as some tips for using this forum.

D107 Member Posts: 1,686
July 26 in A-C, Heat Pumps & Refrigeration
Honeywell RTH221B1021. Installed 2012. The other day I decided to lower the setpoint from 80 to 78 degrees. T-stat still maintains 80. I checked the batteries which are OK. Can't figure this out unless this t-stat has some kind of faulty resistor etc. Never had a problem before. I will try other T-stats I have lying around if this thread doesn't come up with some solution that I'm missing. I see it has three wires. 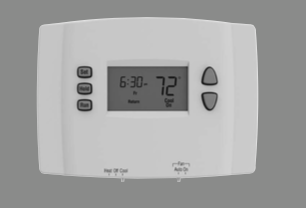