Zman Member Posts: 7,330
April 2020 edited April 2020 in Indoor-Air Quality
I woke up this morning thinking about air quality and the origins of many of the mechanical codes surrounding indoor air quality and indoor environmental quality. It is my understanding that most of the codes that regulate IEQ and IAQ were born out of necessity in the late 1800's and early 1900's as a response to occurrences like The Spanish Flu and a general lack of understanding of other indoor air problems like carbon monoxide and VOC's.

I have also noticed that the majority of properties I visit have issues with IAQ. There is either a lack of mechanical ventilation either by design or more commonly, the outside air ventilation system is in some state of disrepair. I was recently commissioned to make energy efficiency recommendations for a large condo building. When reviewing the HVAC system, it was discovered that out of the 8 components of the HVAC system that were supposed to be assuring correct OA exchanges, one was operating correctly, three were completely disassembled (with enough dust on the parts that is was clear it happened years ago), two had broken belts, and the other two "worked" but were incorrectly controlled.

As everyone starts thinking about how to restart the economy and start packing humans into their cubicles again, I thought it would be a good time to start this conversation. In the end, I see a win-win here. Our clients get a safer, healthier environment to work and live in and HVAC companies get a much-needed jump start in their businesses.

Attached are a few articles that Robert Bean PE used as part of his course "Integrated HVAC".
I am pretty sure @DanHolohan has a few articles on the subject in his digital treasure chest as well.
"If you can't explain it simply, you don't understand it well enough"
Albert Einstein
Airborne-Infectious-Diseases.pdf 589.8K
Obsevations1800s.pdf 15.6M 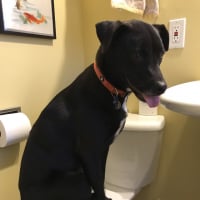