I have had the subject problem with the subject furnace for over a year now after moving in to my home which was built around 2013. I purchased the home in 2018 and have noticed this problem ever since.

I hired a contractor to address the problem and so far he has been unable to fix it after almost $800 parts and labor. I have been between jobs for a while so this is terrifying.

The contractor has replaced the control board, the pressure switches, and the inducer motor (I know that sometimes these parts may be called different things and even the manual calls them different things so that leaves me a bit confused at times as to what was changed). I have cleaned the flame sensor with sandpaper based upon youtube video suggestions and he also cleaned it thereafter with emory cloth.

I also found what I believe to be called a hot air ignitor with a white streak on it (It sits on the same rail as the flame sensor but goes to what I believe to be the 1st burner not the 3rd one that the flame sensor seems to be going to if I am counting correctly). I sanded it to the best of my ability but the streak largely remains on one side. I hope that I did not wreck it but removing it and sanding it.

Here is a pic of what I found with respect to what may or may not be called the "hot air ignitor": 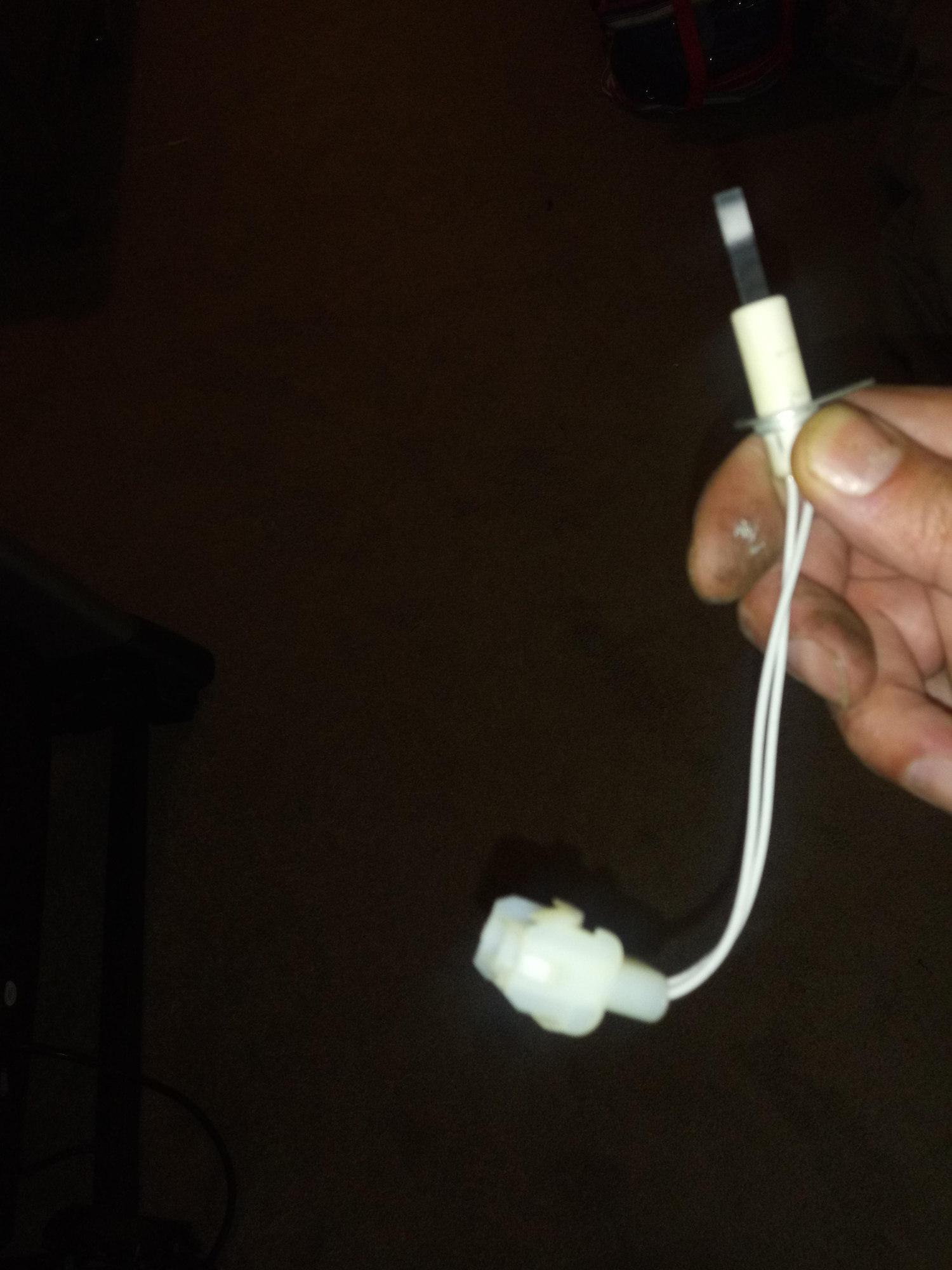 Here is basically what happens:

You can hear the system trying to work up to 3 times with about 20 second breaks in between. If it does not work, it goes into lockout blowing cold air for about an hour.

On average (I say average) because the results are NEVER the same, I will get heating on the 3rd attempt if at all.

I have googled around and noticed the highest level of expertise on this forum but I am having a hard time understanding what was actually done to resolve the problem being a newb.

It seems like some of the posters seemed clueless when initiating their question but were actually experienced posters. Some of the responses I did not completely understand either.

Now I was an electronics technician in another life so I can understand some of it but I was hoping that you could talk down to me like a little kid with any advice since at this point I'd like to tackle the issue myself.

As the thread continues, I may inject some possible questions about fixes that I have seen posted which I am not getting.