LES WEGENER Member Posts: 7
January 2020 in THE MAIN WALL
After thirty years of dealing with steam heat you would think the words "I have never seen that before" would come less often, but that doesn't seem to be the case. Earlier this week I was in a old fraternity house that I have never worked in, for a cold radiator service call. The house parent room had two radiators one in the bath room heating fine and one in the bedroom that was room temperature. These two radiators were back to back separated by the bathroom wall. The cold bedroom radiator had new looking shiny air vent that I was told was relatively new. Both radiators were connected on the bottom with a 3/4'' pipe on one end and the other end was 1/2'' pipe connected to the bottom. All four pipes went down through the wooden floor. The only difference in the two radiators was that the cold bedroom radiator had a radiator valve in the 3/4'' line which was open. Next I decided a trip to the boiler room was in order, there I found a 25+ year old cast iron sectional boiler firing away. The steam left the boiler and split into two loops in the basement ceiling one circling the north end of the house the other the south end. The two loops both reentered the boiler room 3 pipe sizes smaller, hit a the bull headed tee with an air vent on the top and dropped about 6 feet teed together and the joined pipes then passed a check valve and into the bottom of the boiler. Aside from the poor piping job connecting the old steam header to the newer boiler, I did not see any thing that was a concern. While walking back to the cold radiator it hit me, 1 pipe steam main and 2 pipe radiators how can this be?? So started looking for the cold radiator feed pipes. The picture I posted shows what I found, the 3/4'' "supply" pipe comes off the top of the steam main and a pipe nipple down steam there is a tee on its side with the 1/2'' "return" pipe connected. At this moment, the words--- I have never seen that before came to mind!!! 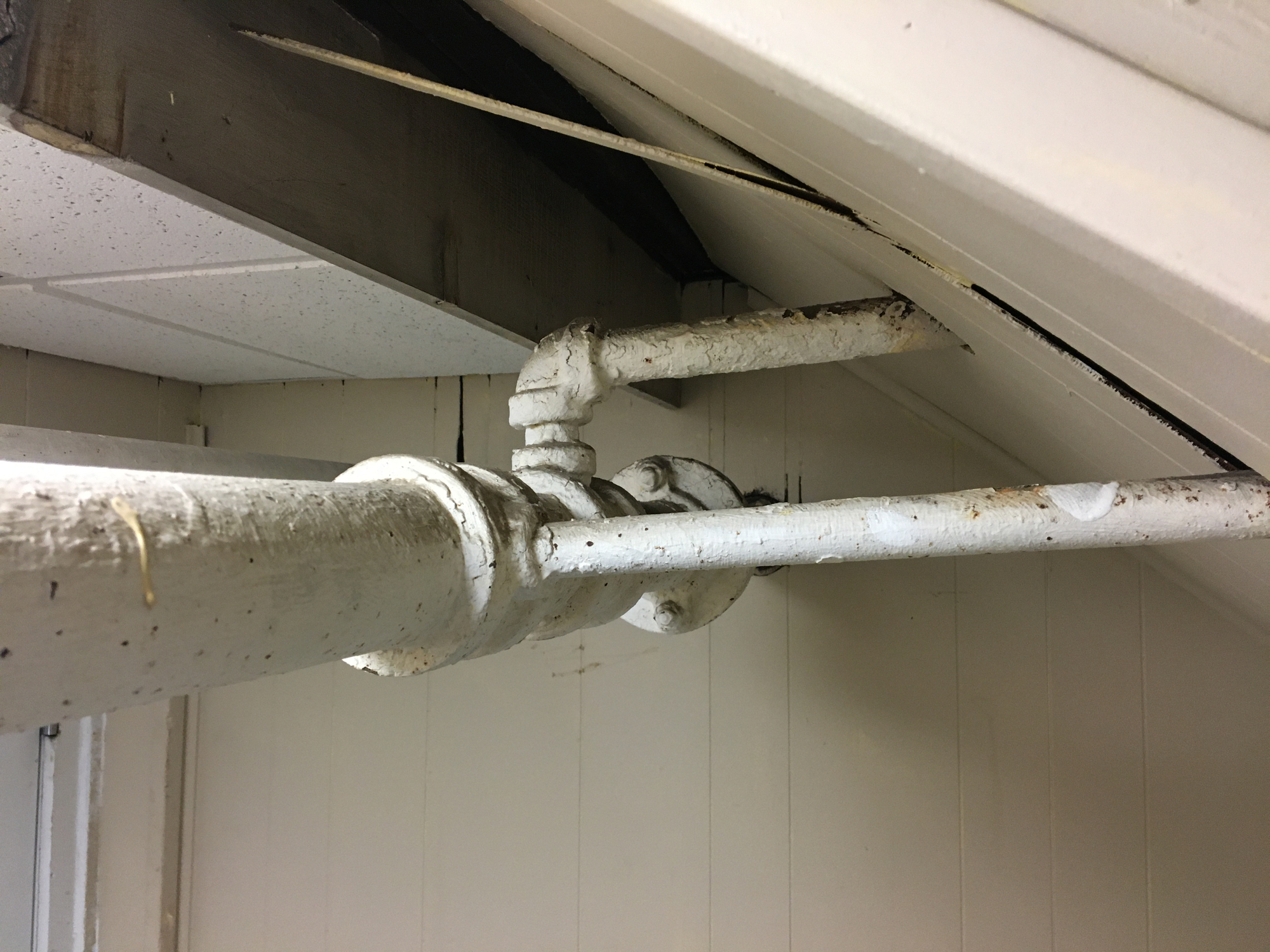 With more research I discover that the cold radiator was just air locked, apparently the newer Hoffman air vent was not letting the air out of the radiator as it should. After removing the air vent, and allowing the air to leave and heat to arrived all is now well and new vent is on its way. Has anyone here on the wall every and seen this piping arrangement before and have any pointers air vents for this setup?????
,
0