HOW TO SECURE & INSULATE PIPES BEHIND WALLS 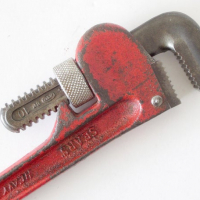 hankwylerjr Member Posts: 66
January 1 in Strictly Steam
Im in the middle of running new 1 1/2 black pipe along with hot and cold water, 3 inch sewer pipe from my basement to the attic to a new addition. I have this beautiful chase behind my shower wall that is probably the best way to go so we dont see all these ugly pipes. Question, how do I secure (meaning strap them to the wall etc) and tighten the black pipe with a coupler or union in that wall cavity? (I have two 5 foot pieces to join because of the space couldn't run a 10 or 8 foot up or down because of space restraints) Its only about 12 inches wide I dont want to open up the entire wall of my bathroom. Can I manually tighten them by hand put a pipe wrench in the attic at the top of the run and go downstairs and put the other on and turn? Its only me doing it. Also want to make these pipes quiet dont want them to bang or make noise if at all possible. I mean I can probably jam insulation around them after I wrap them with fiberglass insulation to maintain the heat going upstairs.
Screenshot_20200101-082029_Video Player.jpg 1.5M
Screenshot_20200101-081932_Video Player.jpg 1.6M
0 · Share on Google+
«12»