Troubleshooting a some finicky 2nd fl radiators in a 1929 single-pipe system. Pictures included. 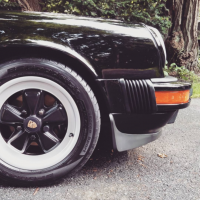 mrfusion Member Posts: 32
December 2019 edited December 2019 in Strictly Steam
Hi, this is my first post, but I've been reading for a while. I have a 1929 house with single-pipe steam in New Jersey, and I've been trying to get it working efficiently and flawlessly. Last winter I built an antler with one Barnes and Jones BigMouth on it to replace an ancient main vent with a little pinhole at the top. I don't know if it worked, but I figured more air out, faster, would be best. I built the antler with the ability to add on to it. With an 80ft, 2" pipe that runs in a circuit around the basement, does it sound like I did ok, or do I need more? I have a reason for asking this, but I'll get to that probably in another thread.