dori Member Posts: 16
March 2019 in Radiant Heating
Original system is a 1950 radiant 1" pipes in ceiling. In the sketch below, this is the loop with the two parallel recirculators. The feed from the mixing valve is 1 1/2". The return is 2" . The zones from the main are fed with declining pipe diameters, with the last one 3/4". The returns of the main loop connect to the 2" return all along the way, with the furthest about 60' away from the boiler room. 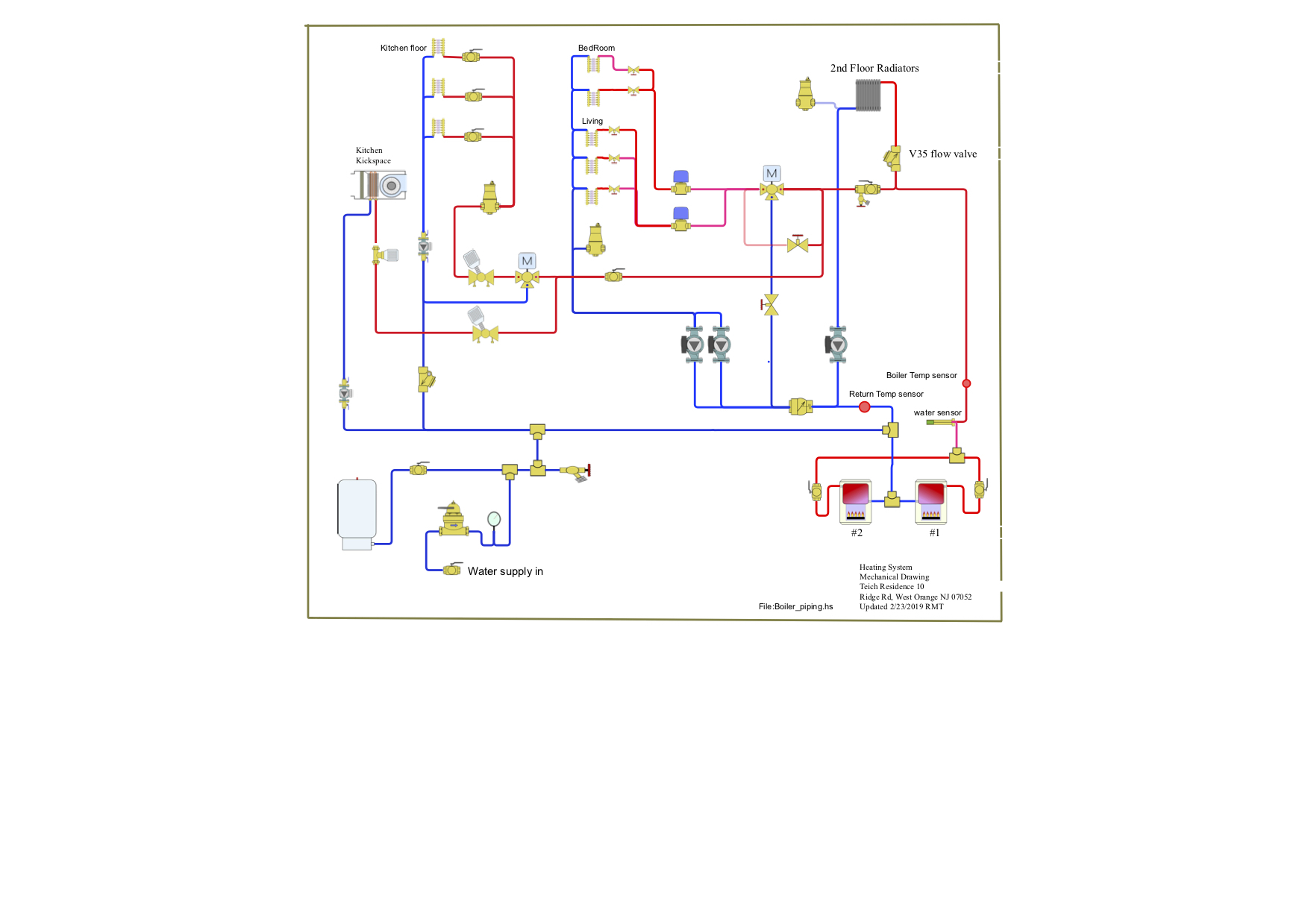 The system was converted from an open air expansion tank to an air-out closed system as shown. The pressure is set at 15 psi. The single loop on the right is for cast iron radiators on second floor. There seem to be no issues with that loop.

The newer loops are a 3/8" pex radiant floor and a kick space heater, both in the kitchen and both very close to the boiler room.

When the radiant loop in the kitchen is active, the main loop is mostly cold -- especially the far branches.

Under suspicion is how the expansion tank is connected to the system although the interaction dates before the tank was added.

Thanks for any advice.
0