JoeDi Member Posts: 21
January 2019 in THE MAIN WALL
Hi all, I have a Weil Mclain steam boiler system (single pipe to the radiators). I bought this house about a year ago and I was told the boiler was serviced before I moved in, its currently working well but I am concerned about some issues.

First, the PSI guage (0-30psi) doesnt move at all, not even a mm, it sits on 0. Now I know these systems operate under low pressure but when the system is running for a while, shouldnt I see at least a little movement? Also, the box that I belive is the pressurestat does not move at all either. With the 5F weather outside the boiler has been running a lot and I am worried it could cause damage or be dangerous if the pigtail is clogged and the system isnt able to read the system PSI but I dont really know if what I am seeing is normal or not.

Several if not all of my radiators will make noises, which I assume is releasing some air/steam when the system runs for a while, I believe this is not normal as they should close off and nevver make noise correct? I was thinking could this be that the pressure is so high they are releasing because the pig tail is clogged? Or perhaps its the other way around and the fact they are not fully closing and releasing steam is why I see 0 on the PSI because they are releasing pressure?

Also for the first time ever I noticed that the valves on the top of the return pipes were making noise. I read that these are supposed to vent the air when the system starts running but it seemed like they were releasing when the system had been running non-stop for a while. Again I dont know if this is possibly because the pressure is getting too high? Or maybe this is just normal.....

The other issue is I sometimes get kettling, when I am standing on the floor directly above the boiler i hear heavy banging sounds, nothing extreme, just like thumps. What is odd is when I stand next to the boiler I cant hear it really, I dont know if its the boiler kettling or perhaps the pipes hitting something as they get hot and expand......

Also, I believe there is no way to skim this boiler, correct? I assume the skim valve/pipe would come out of that plug next to the sight glass???

I was improperly taught by my home inspector to release water from the valve at the bottom of the boiler (the one coming out of the boiler, not the higher one on the return pipes) to 'clean' out the system periodiacly, and then I learned this does nothing and I am actually damaging the boiler by putting in new fresh water to replace the water I purged from that valve with new oxygen content which destroys the boiler! I thought the red sediment (rust) going into the bucket was a good thing until I did research. Now I only add fresh water to the system as its needed, which is not often.

Last, there is no damper on this boiler, is that normal for some boilers? I dont feel any cold air coming from the exhaust when its not running so perhaps the way my chimney works its not needed? not sure.

Thanks for the help! Here are the pictures: 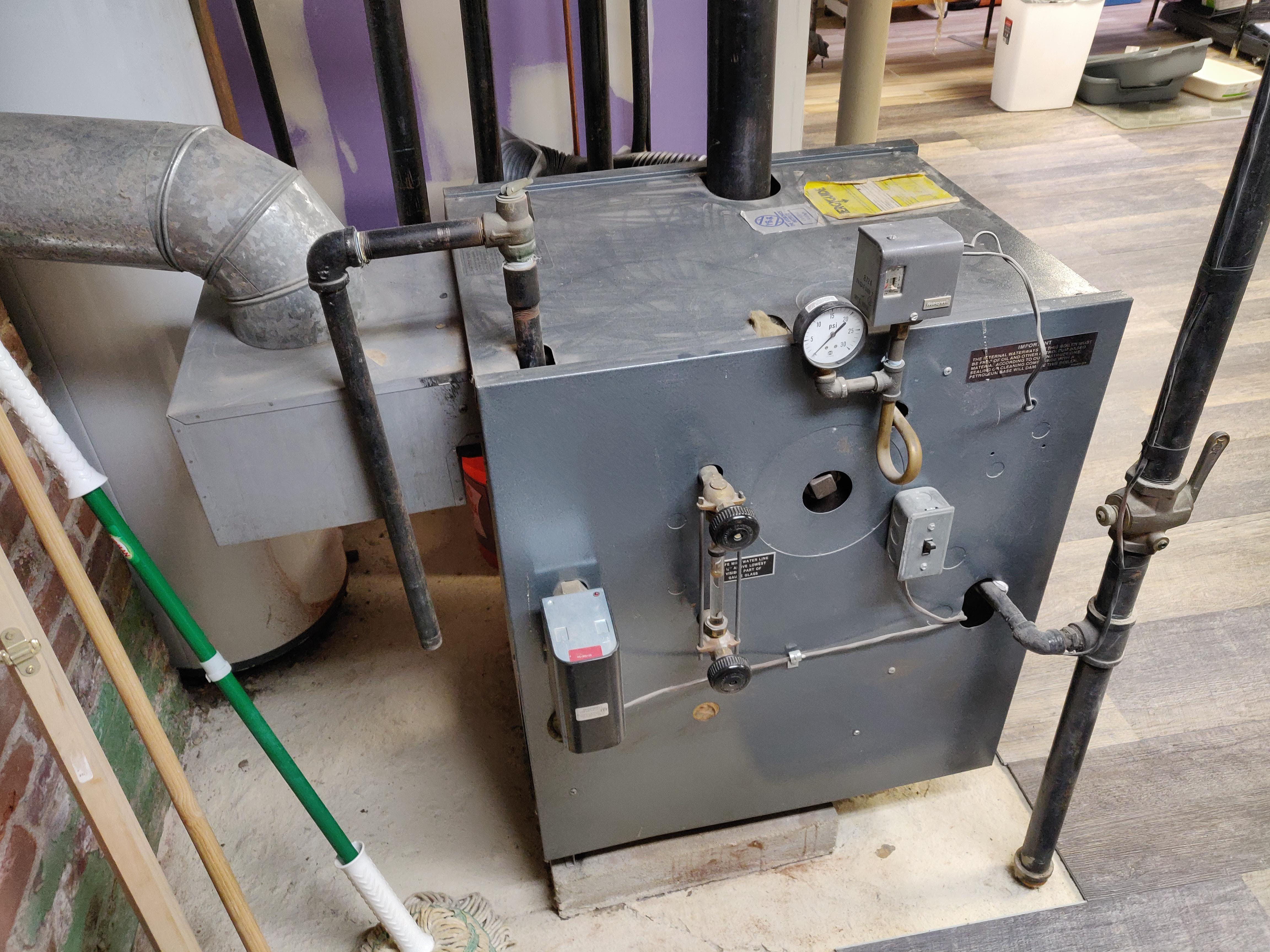 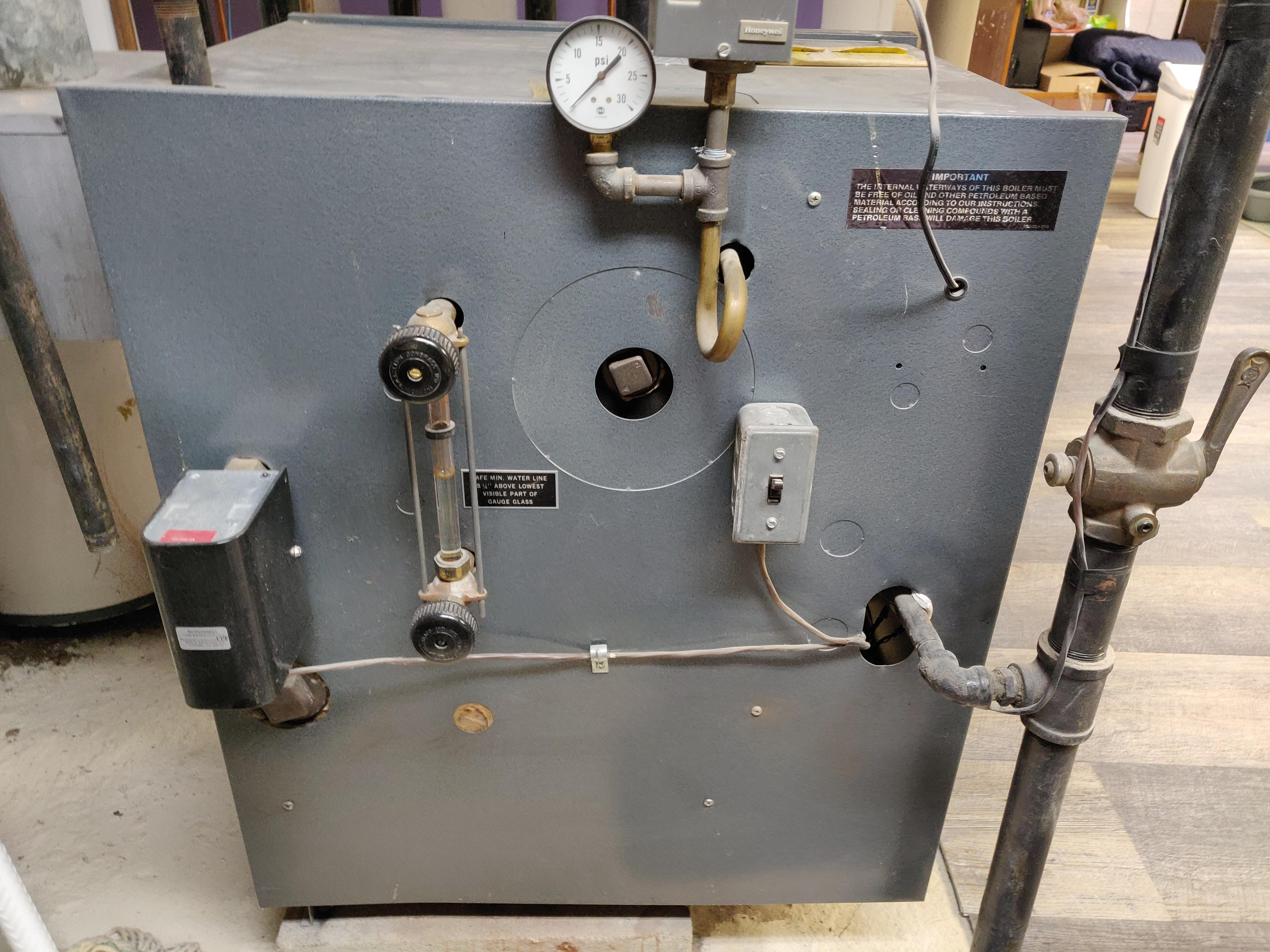 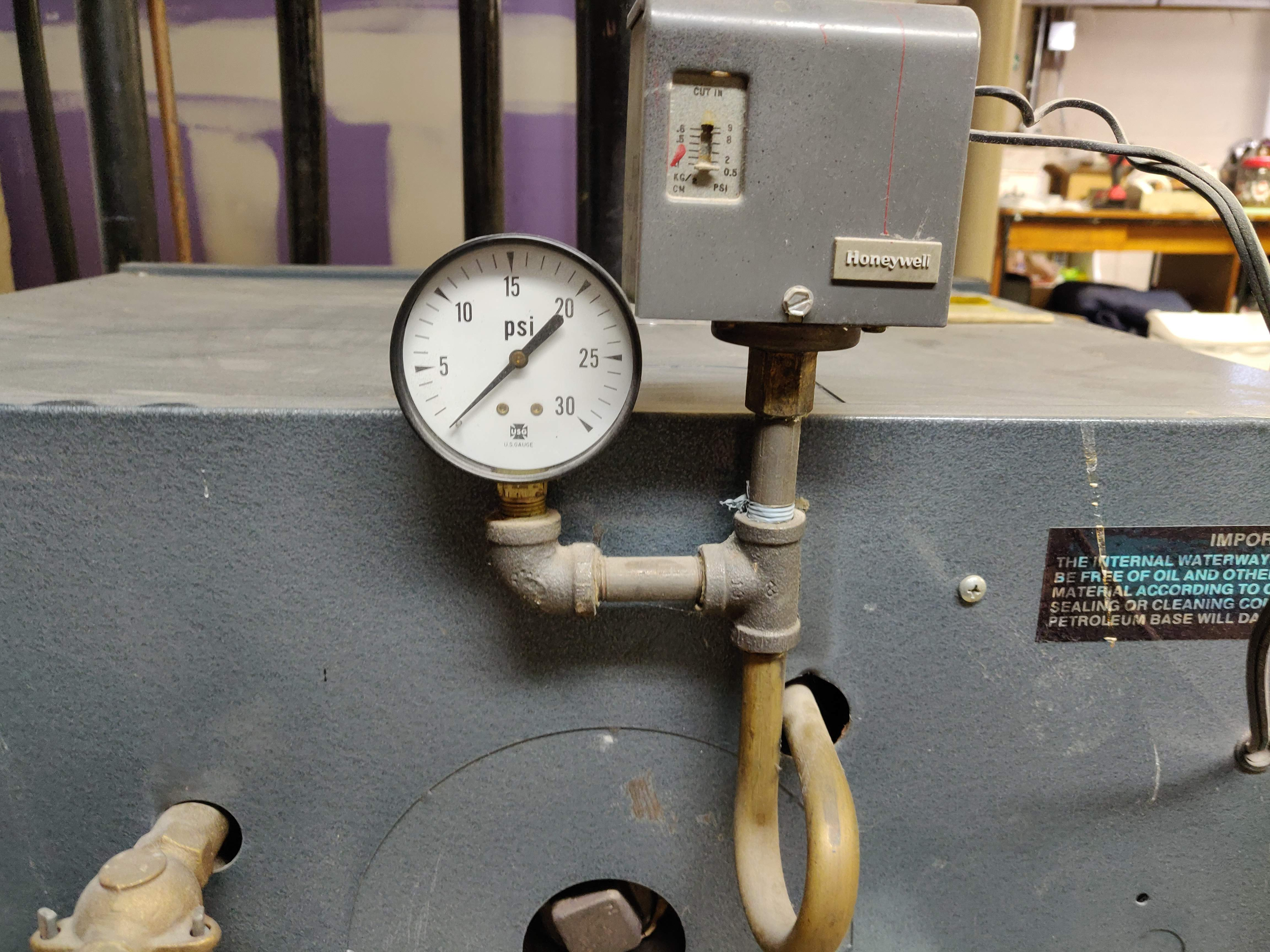 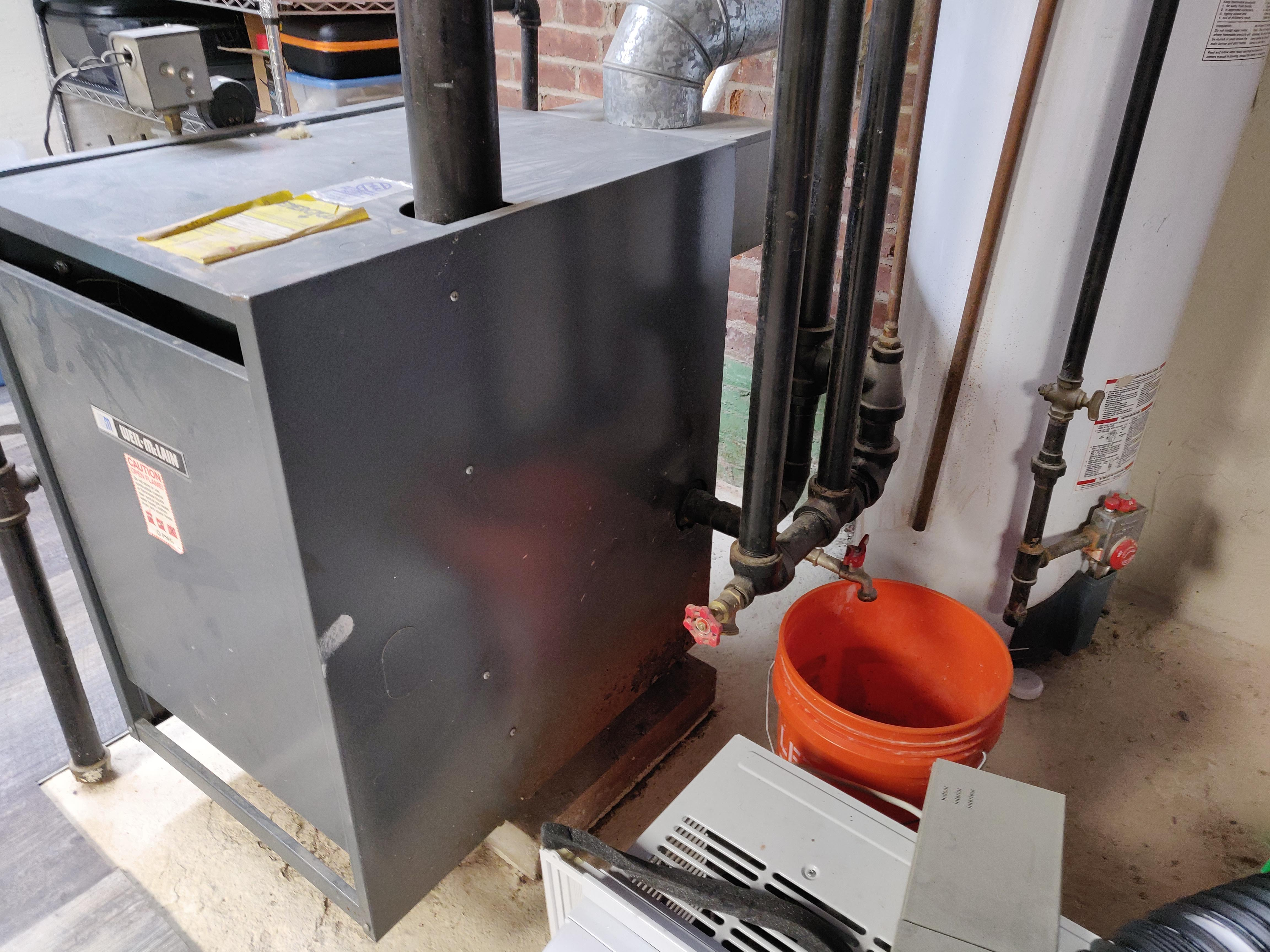 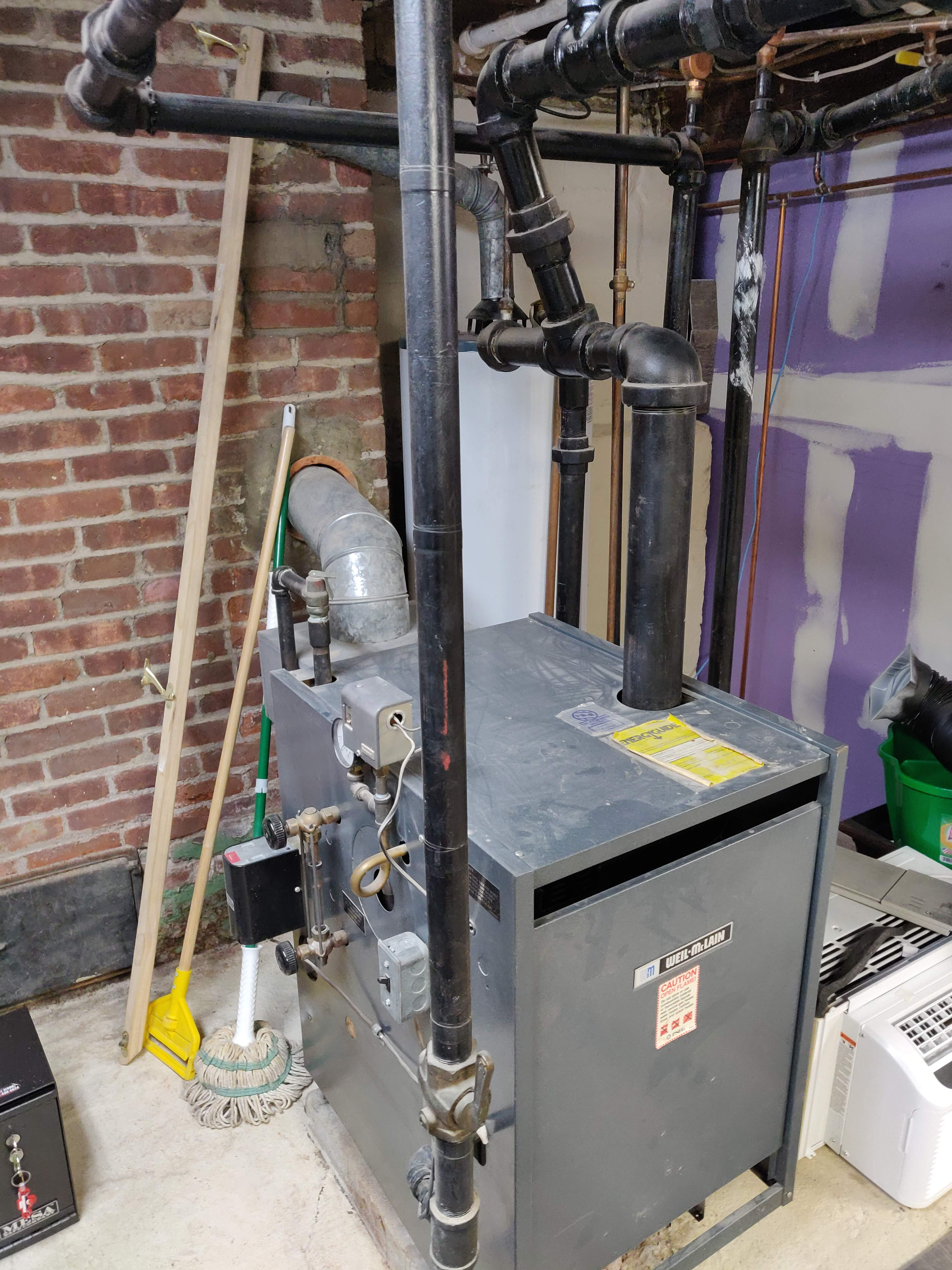