I'm a bit confused at this point.

First, I read this PDF by Trion which, if I understood it correctly implies charged filters aren't worth it, and yet best I can tell the MERV 11 and 13 filters they sell for the Airbear are charged media. 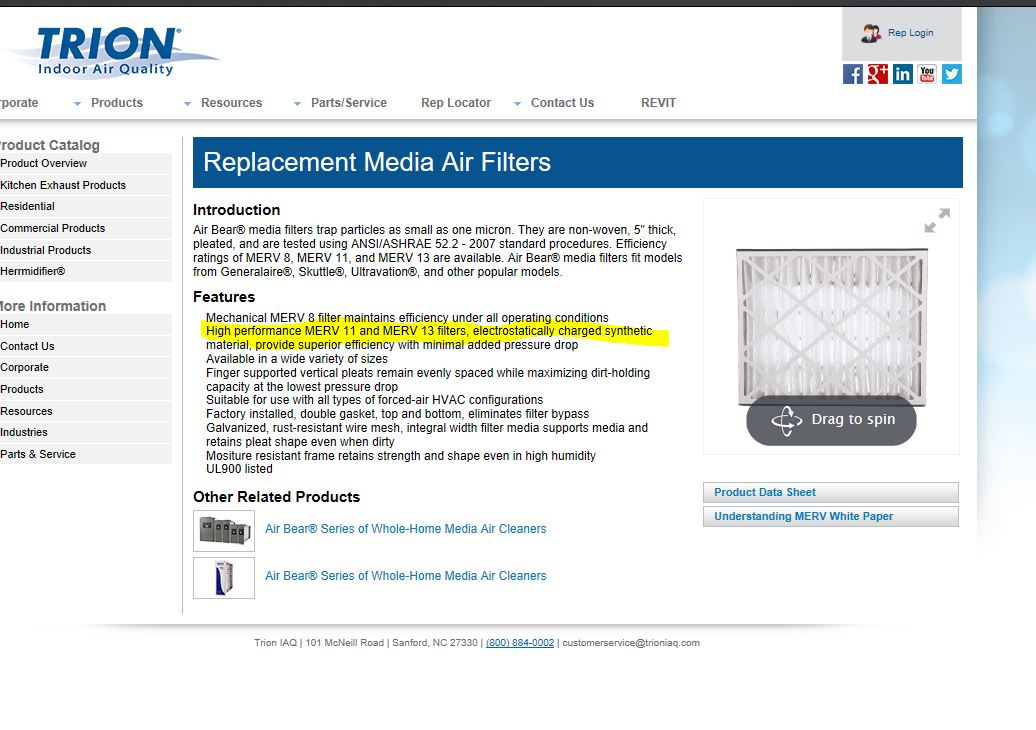 So did I understand correctly, the PDF they have on the AirBear site, basically says not to buy their MERV 11 and 13 filter?


Next, is the pressure drop data which doesn't agree. I have 3 PDFs from them, each with different data for the same filters. 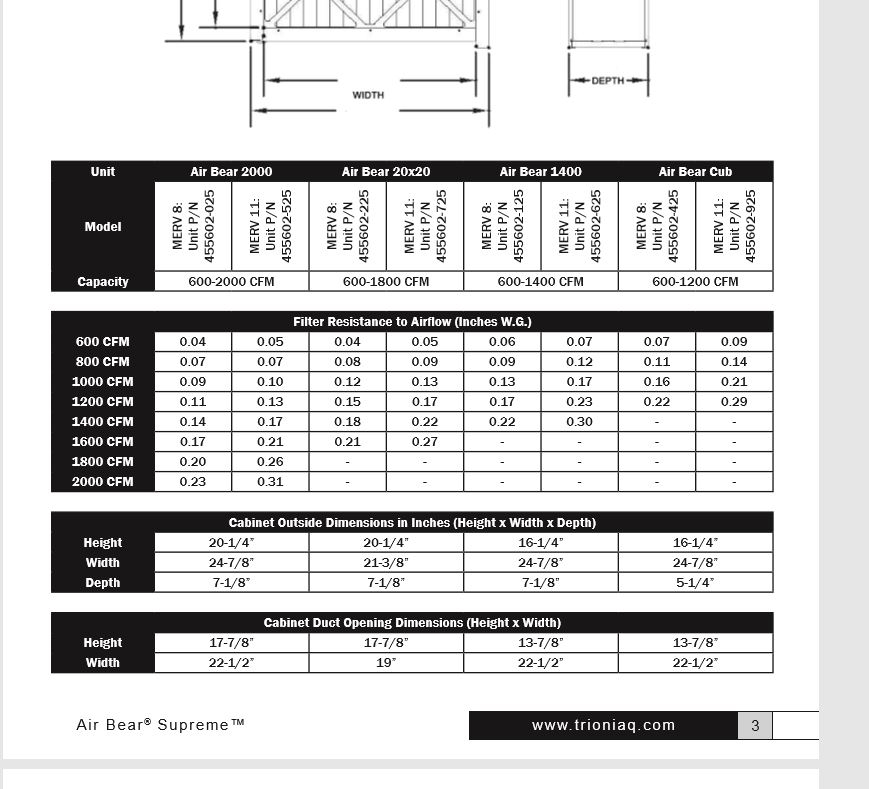 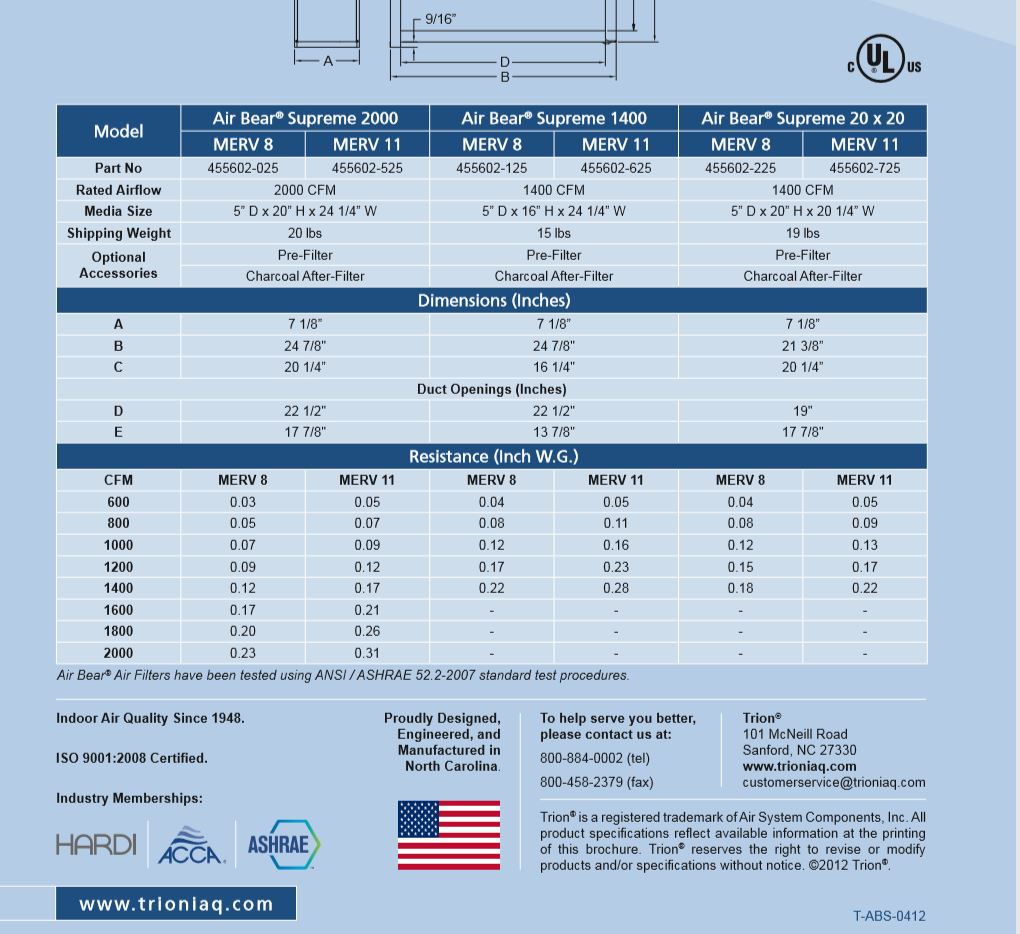 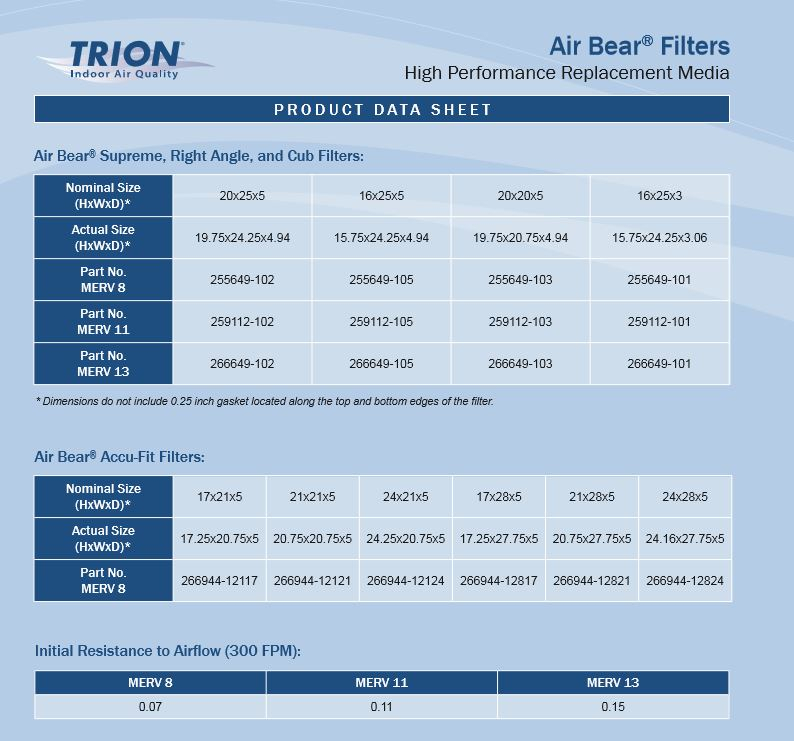 Only the last one lists the MERV 13 filter, but the data for the 8 and 11 seems different on each of those 3.

I was all Gung-ho to buy a MERV 11 for my Air Bear until I read their report which basically says it's a worthless gimmick. Did I misunderstand?